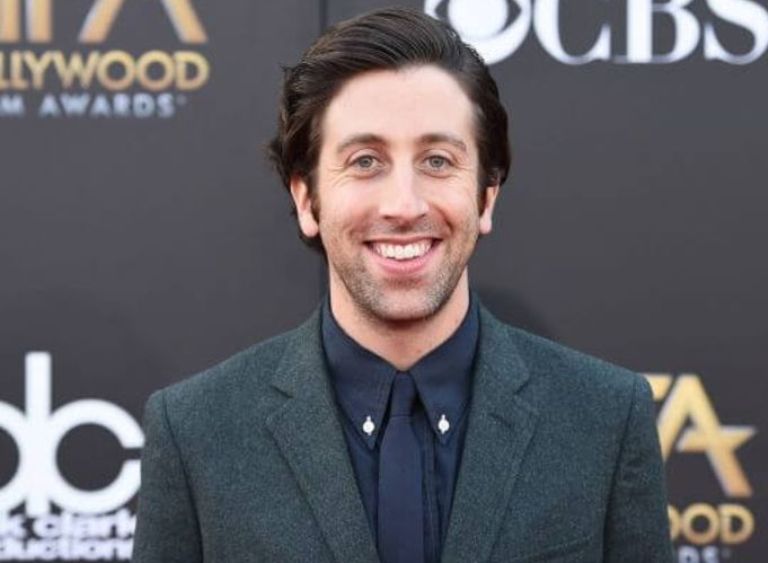 One of the things that have made the big bang theory an extraordinary television show is the fact that it presents viewers with characters that you not only love but with whom you can identify. One of these great characters is Simon Helberg, whom many know better than Howard Wolowitz.

Simon Helberg is a very versatile man who is an American actor, musician, and comedian. He is also a lot of other things, and his real-life is as interesting as what you see on television. Here you will find everything you want to know about the man.

The actor, born on December 9, 1980, in California as Simon Maxwell Helberg, came from a family that was already somehow in show business as his father. Sandy Helberg was also an actor who was a child of Holocaust survivors.

Simon was raised in the United States by his father and mother alongside his sibling, Mason Helberg. He attended Crossroads School for both his early and high school education. Next, he went to New York University and attended the Tisch School of the Arts where he prepared himself to become an actor. Another interesting thing about him is that he has a black belt in karate. That should normally make you think that he would act better in action movies, but he is doing great where he is.

As an actor, Simon Helberg has done pretty well since his early days in 1999 when he starred in the film, Mumford. His next work in 2002 was Van Wilder. His most recent films include We’ll Never Have Paris (2014), Hollywood Adventures (2015), and Florence Foster Jenkins (2016), for which he was nominated for a Golden Globe Award.

But where he has made a name for himself are the TV shows. He has worked on shows including Studio 60 on the Sunset Strip and most popularly The Big Bang Theory, which he has been involved in since 2007. For all his work as an actor, the man has received a number of awards and nominations, including the Critics’ Choice Television Award for Best Supporting Actor in a Comedy Series (2013) and a nomination for the Teen Choice Award Choice TV: Male Scene Thief (2010).

As a person who has been involved in a variety of things and has made sure that he is involved in almost everything, one can hardly expect that Simon Helberg should not have a very broad range of assets.

Given his role in the sitcom “Big Bang Theory”, the Californian actor receives up to 800,000 dollars per episode. That may not be as much as the $1 million that Johnny Galecki (Leonard Hofstadter), Kaley Cuoco (Penny Hofstadter) and Jim Parsons (Sheldon Cooper) receive, but it is still something very significant. In fact, it’s worth more than what many other actors get paid per episode on TV.

Thanks to this and his other efforts, which include his work as a musician and comedian, Helberg has a net worth estimated at around $45 million.

Helberg and Jocelyn Towne recently bought a house worth about $5.15 million. The house is a massive residential building from the Spanish colonial period of 1916, with 4 bedrooms and everything that makes life majestic.

Many people could end up losing their money if they decide to vote on whether Simon Helberg is married or not. Surprisingly, he has been married since 2007 and has been with his wife ever since. The name of Helberg’s wife is Jocelyn Towne, an American actress, producer, and director. The two were together for five years before finally deciding on July 15, 2007, to crown it all as man and wife and start a family.

Although they have built a relationship that many others would only dream of, the two are said to have had their rough times as they broke up during their dates before finally getting back together. It was the actor who broke up with Jocelyn Towne, but he was soon to find out what he would miss and this forced him to run after her and then propose to her.

The Big Bang actor doesn’t belong to the group of men with what you might call a very generous height, but at least he moves more in the average lane. Here is everything you should know about his height: