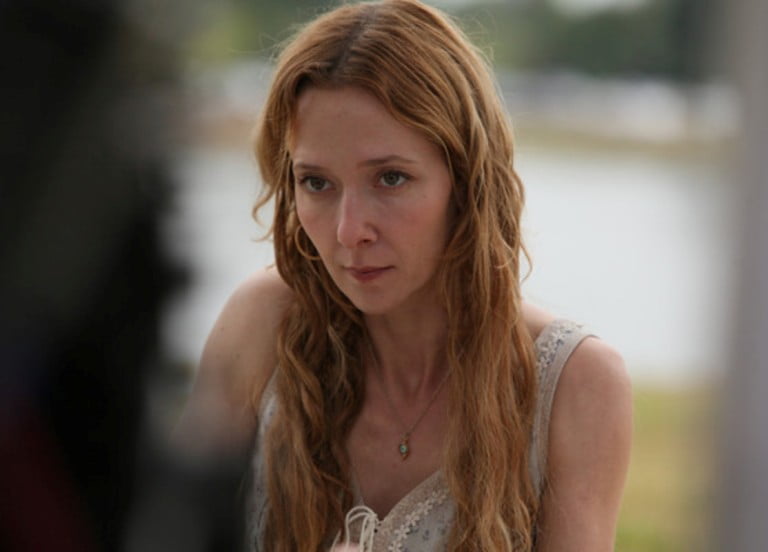 She may not be the most popular actress in Hollywood, but in recent years Jocelyn Towne has begun to gain momentum. She has this face that you know you’ve seen on TV, but don’t know exactly where it comes from. The good news is that we’re here to help her… One of her earliest film loans was the massively popular Cameron Crowe film Almost Famous. Jocelyn has made guest appearances on TV shows like Gilmore Girls and Havoc. She also had a role in The Selling in 2011. Her most notable role was in Diani & Devine Meet the Apocalypse (2015).

Twone’s marriage to Big Bang Theory superstar Simon Helberg has done much to keep her in the spotlight. The couple has two children together: daughter Adeline Helberg, born on 8 May 2012, and son Wilder Towne Helberg, born on 23 April 2014.

In no particular order, let us take a look at 7 things you need to know about the actress.

1. Jocelyn Towne hails from a family of entertainers.

Her uncle Robert Towne, who is her father’s older brother, is an even better-known screenwriter and filmmaker. He is credited with being part of the New Hollywood wave of filmmaking. His original screenplay for Roman Polanski’s Chinatown (1974) was considered one of the greatest screenplays ever written. It even won an Oscar and a Golden Globe Award for Best Original Screenplay.

Her cousins (of Robert Towne) Chiara Towe and Kathrine Towne (the former wife of Charlie Hunnam) are both actresses.

ALSO READ: Liz Plank Bio, Career at Vox and Other Facts You Must Know About Her

2. Jocelyn Towne had originally aspired to become a dancer

Jocelyn did not immediately know that the film was her vocation. As a young girl, she developed a passion for dance and even hoped to become a professional. As a result, she enrolled in the New York Alvin Ailey. But as fate would have it, Jocelyn later moved to Los Angeles to pursue an acting career.

3. Her father’s writing DNA rubbed off on her and she is not only an actress but a producer and director.

Besides dancing, Jocelyn, influenced by her father, developed an interest in literature at an early age and began writing. “I was always interested in writing from a very early age. I think that was definitely a big influence on my father because I always watched him writing in his office,” the actress said in the Kickstarter blog.

To hone her artistic skills, Towne enrolled at Santa Monica’s Crossroads School for the Arts & Sciences. She attended UC Berkeley, where she graduated with a Bachelor of Arts degree in Comparative Literature.

4. Jocelyn and her husband took to the 2017 SAG Awards Red Carpet to protest Donald Trump’s ban on immigrants.

After President Donald Trump imposed an immigration ban on refugees from 7 Muslim nations, Jocelyn and her husband protested on the SAG red carpet. While Jocelyn wrote “Let Them In” on her chest, Helberg held up a card that said, “REFUGEES WELCOME”.

5. She made her directorial debut with I AM I (2013) and her husband Simon Helberg gave a helping hand.

Jocelyn did a good job and followed in her father’s footsteps. In 2013 she wrote, directed, and starred in her first film I AM I. Her husband Helberg had a leading role in the film. To promote her film and raise money for it, Jocelyn started a kickstart campaign. The film is about a woman (Jocelyn) who pretends to be her deceased mother so that she can maintain a relationship with her delusional father.

6. Her relationship with Helberg (before marriage) went through a rough time and they joined forces to make a film about it.

Jocelyn and Helberg were together for five years before they became man and wife in 2007. For some time in their relationship, Helberg broke up with her to reunite with his ex-girlfriend, whom he followed to Paris. In Paris, however, the ex betrayed him with another man and forced him to realize that Jocelyn was his true love after all. He returned to the USA to propose marriage to Jocelyn. The couple made a film called We’ll Never Have Paris (2014) about their separation from Jocelyn.

7. Jocelyn Towne and Helberg are almost of the same height.