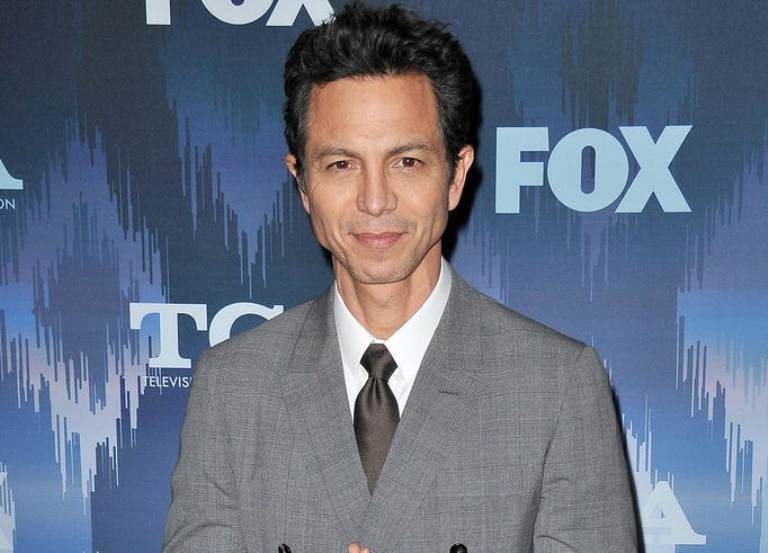 Benjamin Bratt, who is popular for his portrayal of many people involved in law enforcement, could be mistaken by many for a hot detective in real life. But he is just another actor who knows how to pull out all the stops to bring every role to life. He is widely known for his roles in successful television series such as Law & Order, which earned him a nomination for the Primetime Emmy Award in 1999 as an outstanding supporting actor in a drama series. From 2011 to 2013 he also played in Private Practice and in 24: Live Another Day in 2014.

Bratt also has a number of blockbuster films under his belt. So far he has been seen in films such as Demolition Man, Blood In Blood Out, Traffic, Piñero, Miss Congeniality, Catwoman, Cloudy with a Chance of Meatballs, La Mission, The Lesser Blessed, Despicable Me 2, Doctor Strange, The Infiltrator, Ride Along 2, and his latest film is Coco, which will be released in 2017.

Despite all this, he became a prominent figure in the industry through his role as NYPD Detective Reynaldo Curtis in the NBC drama series Law & Order.

The American actor was born on December 16, 1963, in San Francisco, California, the third of five children. His mother, Eldy, earned her living as a nurse and activist, while his father, Peter Bratt Sr. worked as a tinsmith. Bratt’s ethnicity is a rather interesting combination, as his father is of English, German and Austrian descent, while his mother is of Quechua ethnicity. His passion for acting can be traced back to his grandfather George Cleveland Bratt, who was a Broadway actor.

After his parents dissolved their marriage in September 1967, Bratt and his siblings traveled back and forth between California and Alcatraz because of his mother’s profession. Fortunately, the mobile lifestyle did not prevent the actor from continuing his academic career. He attended the prestigious Lowell High School in San Francisco and earned a B.F.A. from the University of California, Santa Barbara in 1986. But before he could finish his M.F.A. program at the American Conservatory Theater in San Francisco, Bratt left the theater to take a role in the television movie Juarez in 1987, which became his debut film.

His first television series – Nasty Boys – followed shortly after his debut in the industry. Some of the movies that put him in the spotlight were Miss Congeniality, Blood In Blood Out, and Traffic. It is worth noting that most of his characters may be Hispanic because of his looks. After taking the industry by storm in the 1990s, Bratt did not rest on his laurels. Since his return as Detective Curtis for Law & Order in 2009 and several other projects, the 2000s have been friendly to the actor.

The actor had his fair share of romantic entanglements with Hollywood A-Listers. From filmmaker Monika McClure to Jennifer Esposito and award-winning actress Julia Roberts, Bratt later settled in San Francisco with his girlfriend, actress Talisa Soto, on April 13, 2002. At that time she was pregnant with her first child. The two began to meet after they met during the casting of Blood In Blood Out in 1993. However, it was only after shooting Piñero in 2001 that they decided to take their relationship to the next level… and to the next one that led to their first child, a daughter named Sophia Rosalinda Bratt, born on December 6, 2002, and later to a second child, a son named Mateo Bravery Bratt, born on October 3, 2005.

It would be truly heartbreaking if all the effort he put into his films wasn’t tied up in a fat check. Apparently, the actor earns millions of dollars while playing those detective roles that literally take your breath away. His net worth is estimated at $7.5 million.