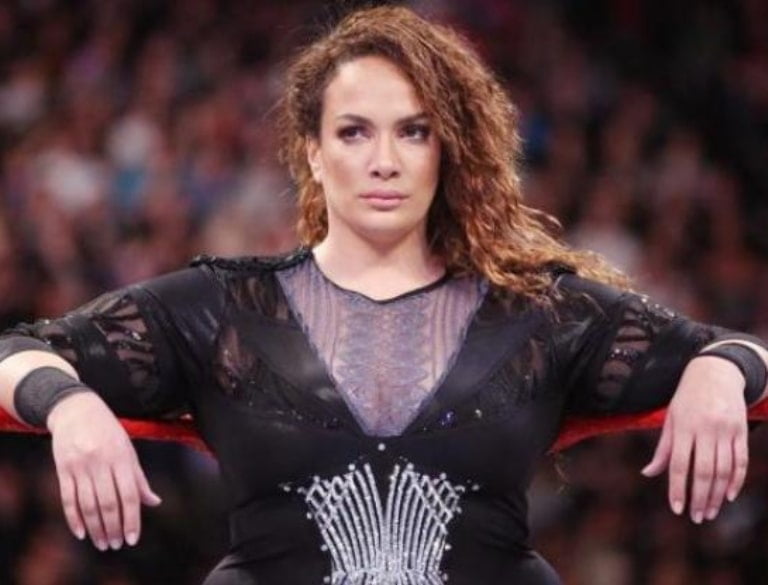 Here is a woman who is famous for her beauty and physical strength, a rare combination that has actually outshone many of her peers. Nia Jax is an Australian-born American professional wrestler in the WWE and an oversized model. In the following sections, you will learn more about her bio, relationship, and body statistics.

Savelina Fanene, more commonly known by her stage name Nia Jax, was born in Sydney, Australia on May 29, 1984, and grew up in Honolulu, Hawaii, and later in San Diego, California. She is of Samoan and German descent. Her parents are Joseph and Renate Fanene, and Nia is also a cousin of the former professional wrestler, American actor, voice actor, and producer Dwayne Johnson, The Rock.

Later she started working as a professional in California as a model and bodybuilder, but later fell in love with wrestling after seeing her cousin The Rock and John Cena in a “Once in a Lifetime Match” on WrestleMania XXVIII. Convinced that wrestling was the way forward for her, she signed her first WWE contract in 2014 and was placed in their development category NXT.

She made her ring debut on 7 May 2015 with the ring name Zada as a team with Devin Taylor in an NXT House Show. The match ended with a defeat against Bayley and Carmella. In August 2015 she changed her ring name to “Nia Jax”.

ALSO READ: Everything You Need To Know About Nia Jax Modeling and WWE Career

In the October 14th NXT episode, she fought Evie for the first time as a lone fighter and won. This brought her on a winning streak, during which she defeated various improvement talents such as NXT Diva and Carmella. Later she teamed up with Eva Marie as “The Power Alliance”, but that didn’t last long, as Nia Jax started a feud with Bayley, another NXT development talent for the NXT Women’s Championship, while Eva went in a different direction.

On June 8, 2016, on NXT TakeOver: The End, she got her title game and won, but couldn’t keep her title belt. She lost her last and final NXT match against Asuka in the December 28th episode for the NXT Women’s Championship.

Nia Jax made her RAW debut in July 2015 with a win over Britt Baker and continued her winning streak by once again defeating everyone she came across, including Alicia Fox, Bayley, Becky Lynch, and Sasha Banks. Nia made her Wrestlemania debut on April 2, 2016, in Wrestlemania 33 in a 4-way elimination match for the Raw Women’s Championship. She knocked out Mickie James, Bayley, Emma, and Dana Brooke one after another before losing to Sasha Banks. However, she made a comeback on 24 February 2017 when she defeated Banks on WWE WWE Live: Road To Wrestlemania (RAW).

Nia won her first career title in Wrestlemania 34 against her former best friend, raw women’s champion Alexa Bliss, after the latter had made Nia the fans’ favorite through ridicule and body humiliation. On May 6, she defeated her again in the title defense.

Nia Jax, who has the tip to become WWE champion in 2018, is ready to achieve this and does not seem to be willing to let anything upset her. One of the sacrifices that some have to make for this feat is that she has no husband.

Nia Jax is currently not married and never has been. However, she is not completely averse to love, as she was previously in a relationship with NXT superstar Josh Woods from 2014 to 2016. Since their separation, the two have remained good friends, nothing more.

The power woman Nia Jax is with a height of 1.83 m one of the biggest women in the WWE. At this height, she weighs about 123 kg or 272, which makes her a bit bulky so that she can be easily overcome by her fellow competitors in the ring.