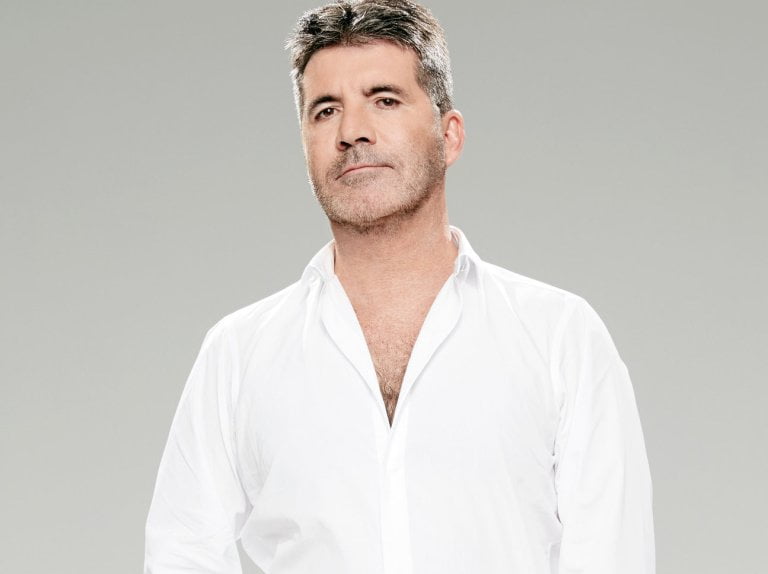 Simon Cowell is undoubtedly one of the UK’s most famous media personalities and has earned a reputation as one of the most astute judges in the history of talent competition shows, having worked on some of the most popular of these shows, including American Idol, The X Factor, and America’s Got Talent. An all-around media mogul, Cowell also owns the showbiz company Syco Entertainment, where he has worked with some of the UK’s most popular music acts.

Simon Phillip Cowell was born in Lambeth, London on October 7, 1959, but grew up in Elstree, Hertfordshire. His mother Julie Brett (née Josie Dalglish) was a ballet dancer and socialite, and his father Eric Selig Phillip Cowell was a real estate agent and developer as well as a show business executive. He has a sister named Lindsay Elizabeth and a younger brother Nicholas. He also has three half-brothers John, Tony, and Michael, and a half-sister named June.

Cowell attended Radlett Preparatory School, independent Dover College, and Windsor Technical College, where he earned a GCE in Sociology. As a young adult, he took on a few menial jobs before his father helped him get a job at EMI Music Publishing. He left the company in the early 1980s to start his own business. After failing at his first attempt, Cowell co-founded Fanfare Records with Iain Burton. The company enjoyed considerable success in the mid-1980s before finally going under in 1989.

Cowell later joined Bertelsmann Music Group (BMG) as a talent scout and manager and founded S Records as a subsidiary of the company. He reached an important career milestone in 1995 when he signed the pop music duo Robson & Jerome. He was also instrumental in the release of the hit single “Unchained Melody” and their debut album Robson & Jerome, both of which were the best-selling single and album of the year in the UK. He enjoyed further success when he signed the music bands Five and Westlife and the hit kiddies series Teletubbies.

Cowell’s first appearance as a reality show judge was at the Pop Idol music competition, and after the show’s first season he signed the two best candidates Will Young and Gareth Gates, both of whom were No.1 hits in the UK. In 2002 he was appointed as a judge for American Idol, a role he held until 2010. He was also the founder of the showbiz conglomerate “Syco”, under whose direction he created the British music competition show The X Factor in 2004, and has served as a juror for the show since its inception, except for seasons 8-10.

Over the years, the record label division of Cowell’s company Syco Music has represented some of the UK’s most popular music artists, including II Divo, Leona Lewis, One Direction, Camila Cabello, Fifth Harmony, and others. He launched The X Factor Australia and The X Factor USA both in 2005 and 2011, although neither were as successful as the British version of the show. Having mastered the business of talent competition shows, he also created America’s Got Talent and Britain’s Got Talent in 2006 and 2007, and in 2015 launched the Spanish language singing competition, La Banda, in collaboration with Ricky Martin.

Simon Cowell has never been married in the past, although he has come quite close to this big step. He was previously engaged to make-up artist Mezhgan Hussainy, but they separated before they made it to the altar. In 2012 he was engaged in equal parts to the American-born model and actress Carmen Electra.

Cowell’s most remarkable romantic relationship to date is with American-born socialite Lauren Silverman. The couple had a rather controversial beginning to their relationship, but they have survived the test of time since they made their romance public in 2013. The duo welcomed their first child, a son named Eric Cowell, on February 14, 2014. Eric has been stealing the show since he could speak, especially at the semi-finals of Britain’s Got Talent 2018.

ALSO READ: Who Is Steve Hofstetter The Comedian? His Wife, Divorce, Net Worth

Given Cowell’s extensive relationship timeline, it is easy to conclude that he is heterosexual. The British-born media mogul, who is known for his brutal honesty, has never claimed otherwise. However, he has been the subject of a media swindle that casts doubt on his true sexuality. During a trial against Tulisa Contostavlos, a former judge of The X Factor UK, in July 2014, one of the pieces of evidence claimed that Cowell was gay. As expected, the ever perceptive reality TV judge quickly refuted the false allegations and brought the rumor mill to a halt.

Simon Cowell’s long showbiz career is known for its financial rewards. The British-born media mogul earns an eight-figure annual salary for his appearances as a reality TV judge. He was ranked 64th on Forbes’ 2018 list of highest-paid celebrities, after earning a whopping $43.5 million during the reporting period. His net worth is conservatively estimated at $500 million (£385 million).