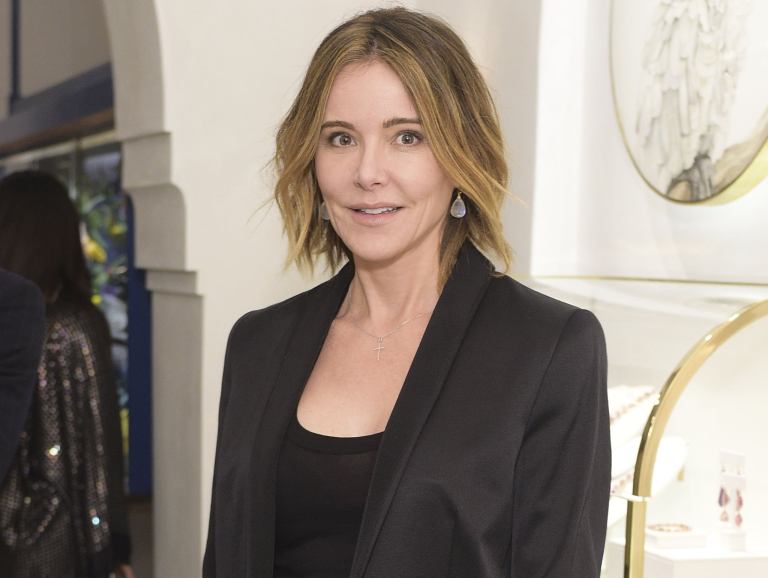 Christa Miller is a successful American actress who has played almost iconic roles on American television. She is known for her portrayal of sharp, witty, and funny characters and has made a name for herself as one of the most talented actresses in sitcoms. She is best known for her role on The Drew Carey Show as Kate O’Brien. The show ran from 1995 to 2004 and also starred Drew Carey, Ryan Stiles, Craig Ferguson, and Diedrich Bader.

She later joined the cast of Scrubs as Jordan Sullivan, the ex-wife of Perry Cox, and also a member of the Sacred Heart Board of Directors. Here Christa Miller portrayed the character as cold, sarcastic, and vindictive, and she did this in an excellent way. The character was well-received, and Christa was praised for her comic timing and comedic performance.

But her roles are not limited to Scrubs and Cougar Town. She also played in The Fresh Prince Of Bel-Air, Seinfeld, CSI: Miami, Kate & Allie, Undateable, Northern Exposure, Party Of Five, Clone High, and The Andromeda Strain.

She has also starred in several films including The Stepfather III, A Friend To Die For, Love And Happiness, Kiss & Tell, Smiling Fish and Goat On Fire, Breaking In, Hot, and The Operator.

When you look at all her years as an actress and model, you could say that she has done really well.

Christa Beatrice Miller was born on 28 May 1964 in Manhattan, New York City. Her mother was a model, Bonnie Trumpeter, and her father is Chuck Miller. She is also the niece of Susan Saint James, an actress, and activist who became famous through her work in the 1960s, 1970s, and 1980s. Christa is also related to Dick Ebersol, an American television manager, and sports manager for NBC, who is also married to Susan Saint James.

Christa began working as a child model at a young age and appeared in a Wonder Bread commercial when she was only six months old. When she was three years old, she posed for an Ivory soap commercial shot by Francesco Scavullo. She was also photographed for the cover of Redbook, an American women’s magazine.

However, after surgery for a benign bone tumor, she had to give up her flourishing career as a child model. Later she attended the Convent of the Sacred Heart, an attempt to lead a normal life, but later she briefly returned to modeling. She was not only the cover model but also had a picture in Maxim’s first issue.

When she moved to Los Angeles in 1990, she gave up modeling and took acting classes to become an actress.

She has two siblings: a sister and a brother.

Christ Miller is married to Bill Lawrence – director, screenwriter, and producer. He is best known as the creator of several successful television shows, including Cougar Town, Scrubs, Clone High, Ground Floor, and Spin City. He has also written for several shows including The Nanny, Boy Meets World, and the legendary Friends.

Christa was pregnant with both William and Henry while she was in Scrubs, and as a result, both pregnancies were written into the show.

Plastic surgery is a sensitive topic among celebrities – while many celebrities own them and admit that they have been operated on, others remain silent and are willing to take the secret to their graves.

Therefore, there are always rumors about which celebrities have undergone plastic surgery. Christa has become one of the celebrities who is often speculated about.

If Christa Miller has had plastic surgery, she has NOT admitted this or talked about it. However, many people have taken it upon themselves to find out what kind of surgery she has had. Some of the rumored procedures include rhinoplasty (nose correction), Botox, and lip and cheek filler.

To tell the truth, any differences in her face may simply be a result of aging.

Christa Miller currently has a net worth of $20 million, an impressive sum. This is due to all her years as a model, actress in both movies and television series, and her roles as a dubbing artist. Her current net worth is proof of her years of hard work in the entertainment industry.