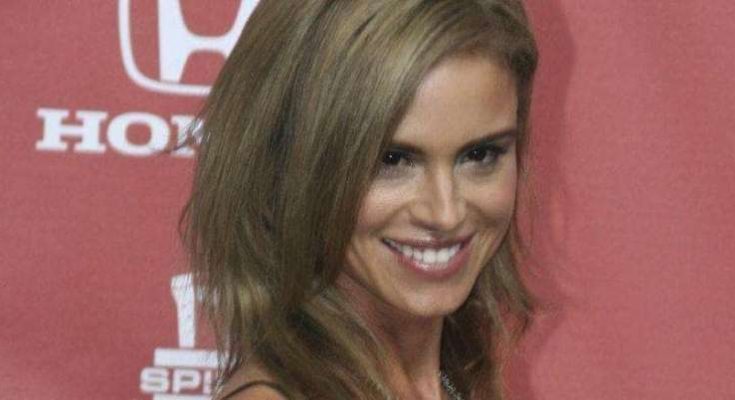 Although Betsy Russell did not come from a family of entertainers, she had a childhood dream of becoming one; an actress, to be exact. She nurtured this dream and took all the necessary steps that formed the basis for her fame in the present day. The American actress is known for many films and best remembered for her role as “Jill Tuck” in the Saw Series. It will be interesting to learn more about the actress. Let us get to know her.

She was born on September 6, 1963, in San Diego, California, as Elizabeth Russell. She attended Mission Bay High School and also attended the University of Santa Monica, California, where she earned a master’s degree in spiritual psychology.

At the tender age of 8, Betsy, who always had a penchant for the creative arts, took part in school performances and was quite remarkable. At 16, she took her first significant step to fame when she appeared in a Pepsi commercial in San Diego. As a student at Mission Bay High School, she began to attract the attention of those involved. After high school, Betsy Russell was more motivated than ever to become an actress. She moved to the city of Los Angeles to pursue an acting career and began taking acting classes.

In the 80’s Russell was soon very busy and got her first role in the movie Let’s Do It! (1982). The talented actress made her breakthrough in the comedy Private School, where she starred as Jordan Leigh-Jenson opposite Phoebe Cates. In the film, which was a sex comedy, Betsy wowed everyone with an apt portrayal of her character, especially the scene in which she rode topless on a horse. After the movie, the actress gained popularity as her name was on the lips of many people in Hollywood.

More and more roles came her way, and she then acted in other movies like Tomboy, Bloody Pom Poms, Avenging Angel, and many more. Russell didn’t stop at movies; she also took in series that found their way. She played in series like Family Ties, T.J. Hooker, and many others.

After her marriage in 1989, Russell took a long break from acting to take care of her family. In the 2000’s she returned to the big screen with full force and took on the remarkable role of Jill Tuck in the horror movie Saw III, after which she starred in the following sequels: Saw IV, Saw V, Saw VI, and Saw 3D: The Final Chapter (2010).

5 Interesting Facts You Need to Know About the Actress

Betsy of Jewish descent was born the daughter of Constance and Richard Lion Russell, her parents. Her family is not full-fledged entertainers like her, but they are known for their literary exploits. For over fifty years Betsy’s father, a stock analyst, has been writing “The Dow Theory Letters”, a newsletter about the stock market. Her maternal grandfather, Max Lerner, was a renowned journalist, author, and columnist. Hortense Lion, Russell’s paternal grandmother, was also an author who wrote many bestsellers in her day.

It is worth remembering that Betsy Russell took a long break in the industry towards the end of the 1980s. This was after she married the actor and tennis star Vincent Van Patten. Betsy and Vincent went from acquaintances to lovers as a result of the actress’s frequent visits to the Playboy Mansion at her grandfather’s house, who was friends with Hugh Hefner. The two married in 1989 and subsequently welcomed two sons: Richard Van Patten and Vincent Van Patten, Jr. Betsy then decided to take a break from her career to focus on her family. After her divorce in 2001, however, she returned to acting in the 2000s. While filming the Saw franchise, she also dated producer Mark Burg.

Betsy Russell is not the richest, but she lives quite well with her income from show business. The actress has an estimated net worth of 5 million dollars and hopes to earn even more in the coming years.

Betsy Russell stands at a height of 5 feet 7 inches, which is quite proportional to her weight of 59 kg. With her body measurements of 39-27-32 inches, very few would doubt that the actress was once a model, according to some sources.

Russell is not only an actress; as mentioned above, the private school star earned a master’s degree in spiritual psychology from the University of Sancta Monica, California. It was not only for the portfolio, Betsy is a certified hypnotherapist and also a life coach. She is also a real estate investor.