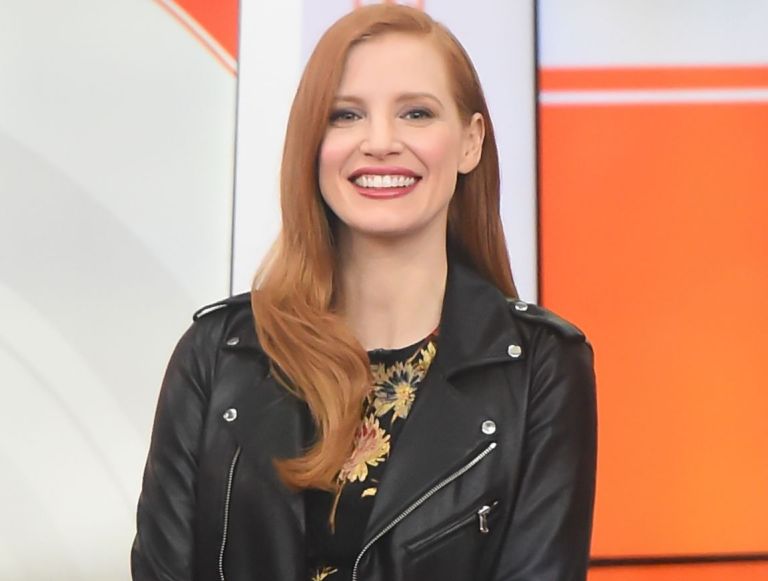 Jessica Chastain has proven to be a delightful force in the entertainment industry. A professional actress since 2004, she has become known for her frequent portrayals of formidable and strong-willed women.

In 2012, Time Magazine listed her as one of the 100 most influential people in the world.

Who is Jessica Chastain? Bio & Age

Jessica Michelle Chastain was born on March 24, 1977, in Sacramento, California, the daughter of Jerri Renee Hastey (née Chastain) and Michael Monasterio. Her parents were teenagers when she was born, and as she grew up, she became estranged from her father. She has two brothers and two sisters; unfortunately one of her sisters committed suicide after years of drug abuse. Given this fact, Jessica Chastain is always reluctant to reveal information about her family.

The actress has learned to accept the love of her maternal grandmother, Marilyn, who is said to be her source of inspiration. At a young age, Jessica became interested in acting after her grandmother took her to see a production of Joseph and Amazing Technicolor Dreamcoat.

She attended El Camino Fundamental High School in Sacramento but struggled with schoolwork. She felt out of place in school but felt at home reading Shakespeare. She eventually received an adult diploma after missing graduation. She later attended Sacramento City College from 1996-1997.

At the age of 21, Jessica Chastain played the role of Juliet in a production of Romeo and Juliet, which was staged by theater companies and marked her professional stage debut. For this performance, she received an audition and finally a scholarship for Julliard, which was fully sponsored by actor Robin Williams. She graduated with a Bachelor of Fine Arts in 2003.

Chastain has starred in films such as Molly’s Game (2017), Miss Sloane (2016), The Help (2011), Zero Dark Thirty (2012), and many others. Her work has been honored with a Golden Globe Award and two Oscar nominations. As for her usual roles as a strong-willed woman, she happens to be a strict feminist who believes in equal gender relations in business and industry. For health reasons, she practices veganism, enjoys walking dogs, and playing the ukulele.

After graduation, she began auditioning for jobs, which she found a difficult experience. She eventually made her television debut in the pilot of Dark Shadows, where she played the role of Carolyn Stoddard. However, the series was not picked up for broadcast. She then appeared in other television series such as Veronica Mars (2004), Close to Home (2006), and Law and Order: Trial before a Jury.

Jessica Chastain, who first appeared in plays, was cast in a Williamstown Theatre Festival production of The Cherry Orchard and also in the Playwrights Horizons production of Rodney’s wife. In 2008 she made her film debut as the title character in the film Jolene, which tells the life story of an abused teenager for over a decade. This earned her the Best Actress Award at the Seattle International Film Festival.

In search of a major breakthrough in the industry, Jessica worked tirelessly on films, six of which will premiere in 2011 – The Help, The Tree of Life, Wilde Salome, Take Shelter, Coriolanus, and Texas Killing Fields. In 2012, she appeared in the thriller Zero Dark Thirty – a fictionalized story about the hunt for al-Qaeda leader Osama Bin Laden. She played the role of an intelligence analyst, Maya, and her performance was received with critical acclaim and even earned her the Golden Globe Award for best actress in a drama.

She tried to meet more female directors, which led to her playing the lead role in Niki Caro’s The Zookeeper’s Wife and Susanna White’s Wife Goes First. In 2018 she joined countless celebrities and hosted an episode of NBC’s Saturday Night Live. She also starred in Dark Phoenix and It: Chapter Two.

Jessica Chastain is married to Gian Luca Passi de Preposulo. Her husband comes from an old Italian noble family and is a recognized fashion mogul. Jessica has been in love with the Italian count since 2012. On June 10, 2017, they finally tied the knot June 10, 2017, at Preposulo’s family residence in Carbonera, Italy. With his high profile, he is able to mingle effortlessly with actors and other celebrities so that they are a perfect match.

ALSO READ: Paul Wesley Wife or Girlfriend, Age, Height, Net Worth, Is He Dating Anyone?

Jessica Chastain has a slim build. Her height is indicated at 5 feet 4 inches, while she weighs 56 kg. Her petite figure is the result of her vegan diet and regular yoga practice.

The award-winning actress Jessica Chastain has accumulated a net worth of $20 million after working her way through the industry with successful films like The Martian, The Help, and Zero Dark Thirty. Since her professional debut in 2004, she has undoubtedly built a successful career.