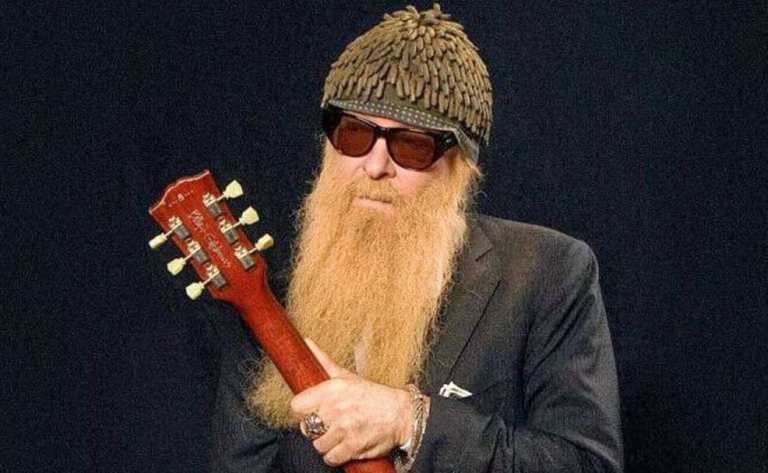 The American musician Billy Gibbons has certainly made a name for himself in the music industry. He is best known as the guitarist and lead singer of the rock band ZZ Top, which was founded in 1969 in Houston Texas. The band celebrated their greatest career successes in the 1980s and early 90s. During this time they released three of their best-selling albums – Eliminator (1983), Afterburner (1985) and Recycler (1990); while songs like Give Me All Your Lovin’ and Sharped Dressed Man went very well and became a temporary fixture on MTV.

Billy Gibbons, who, as mentioned above, is the lead singer of the band, was born William Frederick Gibbons on December 16, 1949. He was born in Houston, Texas as the son of Freddie and Lorraine Gibbons.

As usual in the entertainment industry, Gibbons was also involved in television shows. Most notable is his appearance on the critically acclaimed crime series Bones.

ALSO READ: Everything We Know About Catherine Oxenberg: Is She Related To Princess Diana?

Who are his parents?

As mentioned earlier, Billy was born the son of Freddie and Lorraine Gibbons. While there is little information about his mother, it is known that his father was a concert pianist and orchestra leader. It is also known that Billy has a sister named Pam.

It was his father’s love of music that profoundly influenced him. When he was seven years old, his father first took him to a BB-King recording session. Later he also sent him to study with Tito Puente, a renowned musician. His father, who worked at MGM Studios, was undoubtedly Billy Gibbons’ earliest musical influence and support. But his mother also had an influence on Billy’s musical inclinations. When the young musician was only five years old, his mother Lorraine took him and his sister, Pam, to an Elvis Presley concert.

The cult rock star was in a relationship with Gilligan Stillwater long before he married her. On December 14, 2005, the marriage was finally consummated. The two have known each other for over three decades; due to the length of their relationship, they have gone through many of the musician’s ups and downs.

She is not only known in Billy’s fan community as his wife but also as his tour manager and as part of his entourage. Gilligan Stillwater occasionally referred to as Gilligan Gibbons, has also worked as an actress and starred in the film ‘Misunderstandings’.

It is also common knowledge that Gilligan prefers to stay out of the spotlight and keep most of the time to himself.

Although they have been with Gilligan Stillwater for many years, they currently have no children. Many fans and the media have speculated about the reason for this, but neither Billy nor his wife has justified the speculation with a response. As in most cases of their private lives, they have decided to keep information about it away from the public.

Other interesting facts you need to know about the musician

– On his 13th birthday, 1963, he received a Sunburst Gibson Melody Maker, which was his first electric guitar. It was accompanied by a Fender Champ amplifier.

– Billy Gibbons attended Warner Brothers’ Art School in Hollywood, California. During this time he was involved in various bands, including The Coachmen, The Saints, and Billy G & The Butterflies.

– He then formed the band ‘the Moving Sidewalks’, with which he had slight success. During his time with the band, he wrote the hit single ’99th Floor’.

– He was also friends with the late and cult musician Jimi Hendrix.

– Billy Gibbons was one of many artists who recorded with B.B. King the song “Tired Of Your Jive” from the album “B.B. King & Friends”. This was a moment when the circle closed for Billy when his father took him to a BB King recording session when he was younger.

– Although he is famous for his musical talent, he is also a talented actor. He is best known for playing a fictionalized version of himself on Bones, as the father of one of the show’s main characters – Michaela Conlin.

– Besides his role in Bones, he has also played in Metalocalypse, King Of The Hill and Hell’s Kitchen.