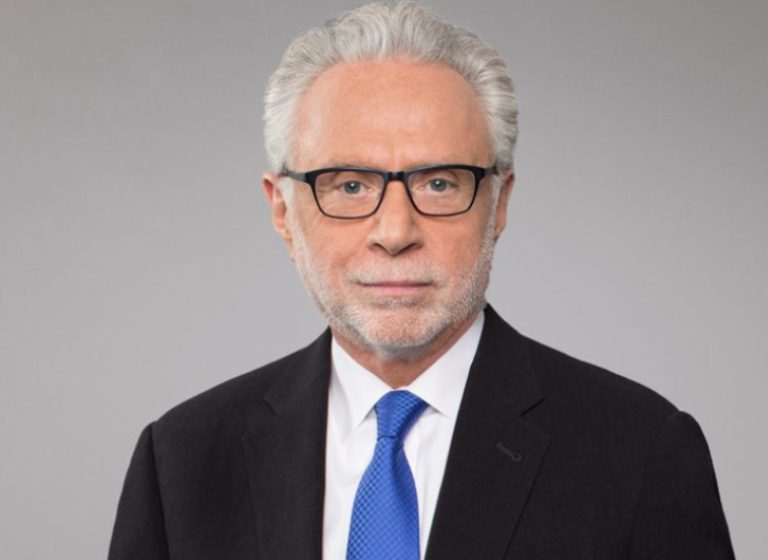 Wolf Blitzer is almost synonymous with news today. The newsman, who delivers news in a decidedly humorless way, is best known for his programs Wolf and The Situation Room on CNN.

He joined the station as a military reporter. Since then, his role within the station has grown steadily, as he has taken on increasingly prominent roles and now assumes the responsibility of the station’s leading political presenter and analyst.

Wolf’s parents spent time in a Nazi-operated concentration camp before his birth. Both Jewish refugees, his mother Cesia was a housewife, while his father David Blitzer was a house builder. Wolf Isaac Blitzer was born on March 22, 1948, in Augsburg, Germany. In his early childhood, his family moved to the United States, where he attended Kenmore West Senior High School and the State University of New York at Buffalo, graduating with a B.A. in History in 1970.

He continued his studies at John Hopkins University, where he earned a Master of Arts degree in International Relations. During this time he also spent time learning Hebrew at the Hebrew University of Jerusalem. Following his time at John Hopkins University, he worked in several Israeli affiliated news companies, including the Tel Aviv office, the American Israeli Public Affairs Committee (AIPAC), and the Jerusalem Post. He remained with the Jerusalem Post until 1990.

After his time at the Jerusalem Post, Wolf Blitzer joined CNN as a military affairs reporter in mid-1990. In this capacity, he visited KGB headquarters and also covered the first Gulf War that took place in Kuwait.

As he became increasingly well known in the news industry, CNN made him a White House correspondent for the network in 1992. He continued to establish his brand when he reported on the 1995 Oklahoma City bombing, for which he received an Emmy Award. In 1998, he became a moderator and host of the CNN late edition with Wolf Blitzer. This was followed by the Wolf Blitzer reports, which he hosted for five years from 2000 to sometime in 2005.

His greatest responsibility for the station to date began in 2005 when he became the host of the station’s most-watched political program, The Situation Room. Blitzer has also helped the network report on all presidential elections since George Bush Jr.’s second term in office in 2004. Blitzer is also the host of Wolf, a program that started under the title CNN Newsroom.

Wolf has received the Daniel Pearl Award 2003, the Journalist Pillar of Justice Award 2004, and the Ernie Pyle Journalism Award of the American Veteran Awards 2002 for military reporting, among others. The news veteran has also been recognized for his coverage of high-profile events such as the 1999 tsunami in Southeast Asia, the attacks of September 11, 1999, and Hurricane Katrina.

Throughout his career, Wolf Blitzed has written a number of books covering different aspects and experiences at different points in his career. These include Between Washington and Jerusalem: A Reporter’s Notebook (1985); and Territory of Lies (1989).

He has also appeared in several shows outside his network and in films. His screen cameos include Skyfall, Ben 10: Omniverse, House of Cards, Batman vs. Superman: Dawn of Justice, and Mission Impossible: Fallout.

Is He Gay? – Wife and Daughter

The political anchor is as straight as they come. Blitzer was never considered gay, nor has he done anything to make spectators and fans think he is gay. He has been married to the love of his life, Lynn Greenfield, since 1973. The couple had been together for several years before they entered into a life-long bond. Together they have only one child, a daughter named Ilana Blitzer Gendelman, born in 1981.

ALSO READ: Katherine Waterston Bio, Who is Her Husband, Here’s Everything To Know

Salary and Net Worth

According to many online sources, speed cameras are not surprisingly rated as sitting on a large pile of money. The most recent salary increase of the veteran journalist sees him taking home an annual salary of 5 million dollars. According to Celebrity Net Worth, Wolf has a net worth of $16 million, although some other sources report that it is significantly higher.

What is Wolf Blitzer Real Name?

Blitzer’s name was questioned, admired, and even considered a source of comic relief. His first name Wolf is actually his real name, a name he inherited from his grandfather. His last name Blitzer is also real and goes back generations, according to the newspaperman.