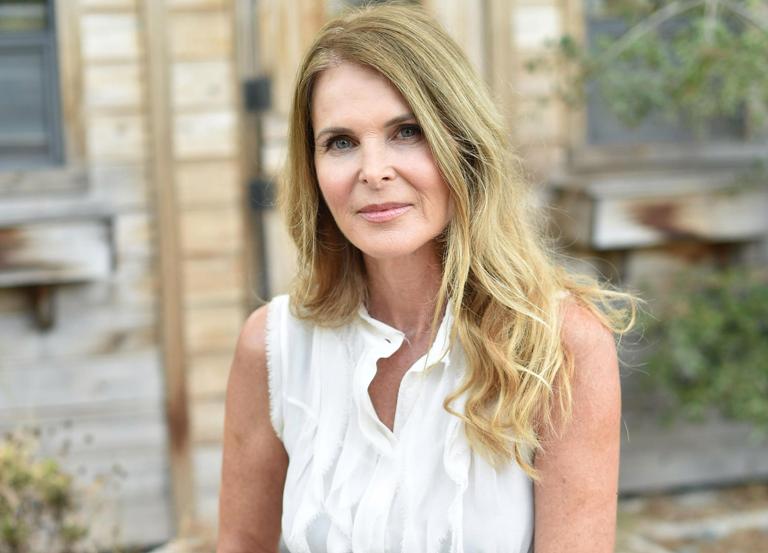 Many stars have portrayed Princess Diana in films in the past, but few have given such a magnificent performance as Catherine Oxenberg, best known for her portrayal of the role in the 1982 American biographical drama made for television, The Royal Romance of Charles and Diana, the film that tells the story of Lady Diana Spencer’s marriage to Prince Charles, Prince of Wales.

In addition to this role, she stands out as one of the iconic screen stars who played a role in the critically acclaimed soap opera Dynasty, which was broadcast from 1984 to 1986. The actress was cast as Amanda Carrington in 53 episodes of the series.

While Princess Diana was still alive, Catherine came into contact with both the Princess and Prince Charles before she later portrayed the Princess in a film. As a result, it was often assumed by some that the two women were related.

Catherine Oxenberg is related to many people in the world of celebrities and also in royal circles. The actress has a sister named Christina Oxenberg, a successful fashion designer, humorist, and writer.

She is also a cousin of Prince William, Duke of Cambridge and Felipe VI of Spain. They are also great-great-grandsons of the revolutionary Karageorge (Đorđe Petrović), who led the fight for the liberation of his country from the Ottoman Empire during the infamous First Serbian Uprising, which lasted from 1804 to 1831. Catherine is also related to Đorđe Petrović through her maternal grandfather, Prince Paul of Yugoslavia.

However, she is not related to Princess Diana, who herself was a member of a royal family only after her marriage to Prince Charles. Nevertheless, the family of Princess Diana Frances Spencer was always close to the British Royal Family for many generations.

Catherine was born as the daughter of Howard Oxenberg and Princess Elizabeth of Yugoslavia on 22 September 1961 in New York City, in the United States. However, she grew up in London with her family.

Her mother is the second cousin on her mother’s side of Queen Sofia of Spain, and Prince Charles, who of course was first married to Princess Diana. She is also related to Prince Edward, Duke of Kent, as his maternal first cousin.

Her mother was born in 1936, the only daughter of Princess Olga of Denmark and Greece and her husband, Prince Paul of Yugoslavia. Her father is a clothing manufacturer from an Ashkenazi Jewish family, and a close friend of the Kennedy family. Howard, who was Elizabeth’s first husband, died in 2010.

2. Catherine is a woman with many ethnic outgrowths

As far as her ethnicity is concerned, she is Jewish on her father’s side and of European royal, Russian, Swedish, Serbian and Finnish descent on her mother’s side. Records show that her parents named her after one of their descendants, Catherine the Great (Empress Catherine II, Tsarina of Russia).

Catherine Oxenberg graduated from St Paul’s School in Concord, New Hampshire in 1979 and later graduated from Harvard University, after which she enrolled at Columbia University for further education. After graduating, she graduated with her friends. She also speaks fluent Spanish and French.

4. she is an award-winning actress.

Although she has not yet won the Golden Globes, Academy Awards or even the Emmys, Oxenberg has a number of other awards on her shelf. At the beginning of her career in 1986, she took home a Bambi Award for her role in the TV series Dynasty (1981).

It was to last until 2002 when she won another award when she won the MovieGuide Awards for her role in The Miracle of the Cards (2001).

She has been married twice before. Her first marriage attempt was with the American ex-film producer Robert Evans. The bond of marriage was concluded on July 12, 1998, in Beverly Hills, California. Unfortunately, the marriage was annulled nine days later, on July 21 st to be exact. Before that, Evans had already married four times in less than 16 years, and after that, he married twice more within 4 years.

ALSO READ: What You Need To Know About Billy Gibbons And His Family

A year after the annulment, the actress met a young man named Casper Van Dien when they were shooting The Collectors in 1999. Fortunately, the two met again that same year, but this time while shooting Omega Code, an evangelical Christian thriller. Van Dien eventually won Catherine’s heart, although he was seven years younger.

On May 8, 1999, they walked down the aisle at Graceland Wedding Chapel in Las Vegas. Unfortunately, the couple divorced in 2005 after spending six years together as a married couple.

6. she was on a reality TV show with Van Dien

While their marriage lasted, they had their own show, I Married a Princess, which became popular in both the UK and the USA.

The Casper connection was blessed with two girls, Amanda Maya and Celeste Alma Van Dien, born in 2001 and 2003 respectively.

The girls have a half-sister named India Riven Oxenberg – the first child of their mother. It was revealed in October 2017 that their biological father is a former smuggler named William Weitz Shaffer. India was born on June 7, 1991.

Oxenberg has worked hard over the years and her efforts have helped her accumulate an estimated $25 million fortune.