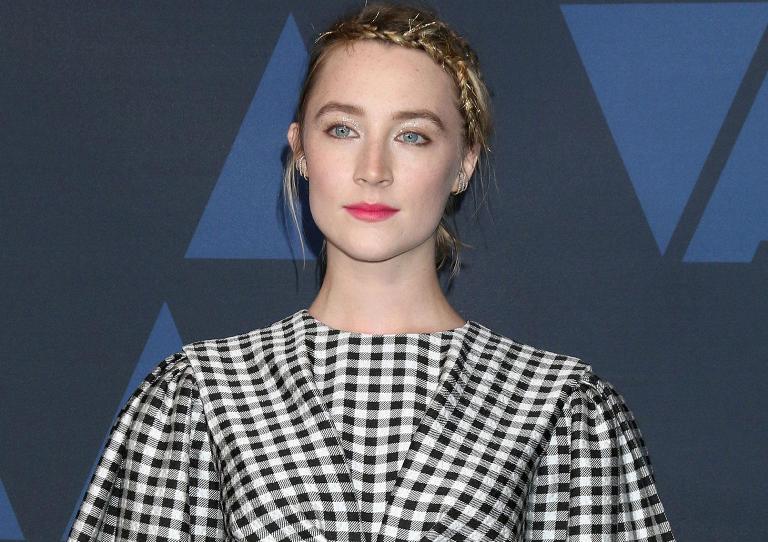 Saoirse Ronan is an Irish and American actress. She became known as a young actress with her role in the 2007 film Atonement. Since then she has not looked back but has only grown stronger in her career. Following her recent nomination for her role in Lady Bird, she has been nominated three times for an Oscar.

Saoirse has received numerous awards for her various roles, including the Golden Globe Award 2018 for Best Actress and the Gotham Independent Film Award for Best Actress.

Born as Saoirse (which in traditional Irish means freedom and is pronounced Sir-shuh) Una Ronan, she is the only child of her Irish parents, Monica (née Brennan) and Paul Ronan, an Irish actor. Her parents are both from Dublin and were born in Ireland. Saoirse Ronan greeted Mother Earth with her first screams on April 12, 1994, in the Bronx, New York. The star has dual citizenship in Ireland and America.

She comes from an acting family with a mother who acted as a child and a father who trained as an actor after working in construction and as a bartender. She identified with her roots at the age of 3 when her family moved to Dublin, Ireland, and settled for a short time in County Carlow. As a teenager, they moved to Howth where she was to buy a house later in 2013.

She attended a local school but was later taught at home by a private tutor. Saoirse lives in Greystones, County Wicklow, Ireland.

ALSO READ: Jojo Siwa Biography, Age, Net Worth And Everything You Must Know About Her

Her father always took his little girl to the rehearsals where she was enthusiastic about acting and should become a sensation there in the future.

On her way to this future she made her acting debut in 2003 with the Irish medical drama series The Clinic and in 2007 in feature films with a role in I Could Never Be Your Woman. In the same year, she appeared in a supporting role as Briony Tallis in the film The Atonement. This was her breakthrough that made her prominent and earned her her first Oscar nomination in 2008 at the age of 13. She also won the Irish Film and Television Award for Best Actress in a Supporting Role.

The young starlet became the next big thing and appeared in a number of films in which she took on challenging roles that were different from her previous ones. Her films include The Lovely Bones (2009), where she played the role of a murdered girl looking for revenge, in Hanna (2011) she played a teenage assassin, in Byzantium (2012) she portrayed a vampire and in 2014 she played a cook at the Grand Budapest Hotel.

Saoirse received her second Oscar nomination for her leading role in the film Brooklyn (2015). She made her Broadway debut as Abigail Williams in The Crucible (2016). At the height of her career, she landed the lead role in Greta Gerwig’s film Lady Bird, in which she played a high school graduate. This role led her to Saturday Night Live for the first time and earned her a third Oscar nomination.

In 2010 she became a member of the Academy of Motion Picture Arts and Sciences and Ambassador of the Irish Society for the Prevention of Cruelty to Children.

Is Saoirse Ronan Dating Anyone? Who is her Boyfriend?

The rise to fame goes hand in hand with the accompanying interest in almost, if not everything that has to do with you, whereby relationship status is an important issue. Saoirse Ronan has really made a name for herself in acting and has definitely risen, and so every detail about her becomes a public issue.

In 2013 there was a rumor that she was having an affair with her screen lover George MacKay, a British actor who was her co-star in How I Live Now (2013). Shortly afterward it was reported that she was with another co-star, Max Iron from the 2013 film The Host. He is also a British actor, and they were only together for a short time.

Their new relationship status is currently dated. Like her previous relationships, where she met her Beaus on set, her current date is no different. The duo met during the shooting of his music video for his song Cherry Wine in 2017, and his name is Andrew Hozier-Byrne. He is an Irish singer and known for his hit Take Me to Church (2014).

They performed together in Dublin on several dates in May 2017, and also with a group of friends at the 2fm Christmas Ball after the video shoot. The famous couple may not have said anything about the relationship, but we hope they will be a topic.

Saoirse appeared on the Ellen DeGeneres Show in December 2017, where she was asked if she was dating anyone. She gave the most embarrassing answer that she doesn’t know how to date, and doesn’t even know how to talk about dating. That was just a joke, right?

The actress Lady Bird is equipped with a beautiful and well-shaped body. She has a slender physique, which is shown to advantage by her beautiful feet. A pair of striking blue eyes add to her attractive features.