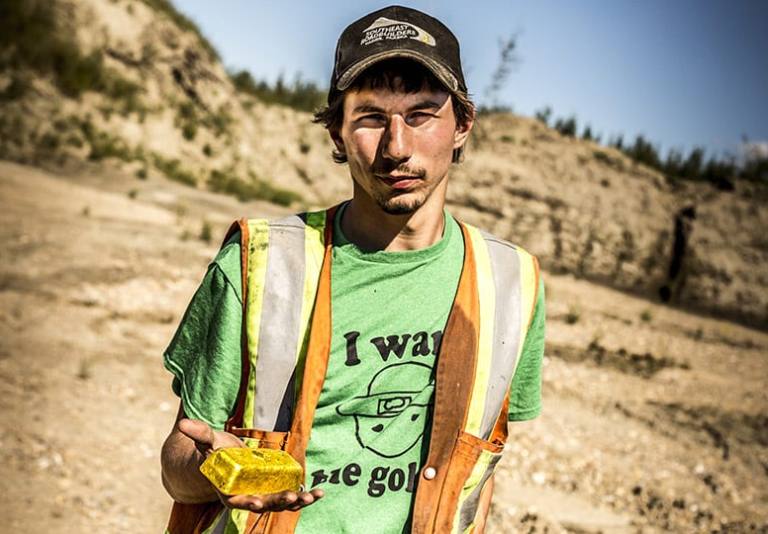 Parker Schnabel’s life was different from that of any other young person in Canada. He became famous as a youthful miner who made millions mining gold – a vocation he learned when he helped his grandfather John Schnabel, who ran the Big Nugget Mine until he took over at the age of 15 and started mining himself.

Since those teenage years, when he came into the limelight, Schnabel always had that nerdy look that many ladies found very attractive. As he grew older and richer through his work in the Klondike minefield and his appearance on the very popular Discovery Channel reality show Gold Rush, the young miner became a mystery to many, especially because he seemed to have no interest in the things that young people his age were often attracted to.

In an interview with the Times, Parker Schnabel, who has successfully become one of the richest miners, explained that it was not the riches that captivated him. He rather pointed out that it was the process of extracting the gold that kept him alive. He explained that gold is only something he sells to continue mining, which is his first love. So unlike other young people who have parties and buy the very latest gadgets and luxurious cars, Schnabel prefers to treat himself to the expensive equipment that makes his mining work so much more interesting and easier.

In addition to his love of mining, Schnabel’s life has become even more interesting through his love life, which is discussed in detail below.

Does Parker Schnabel Have A Girlfriend or Wife?

There is no record that Schnabel was ever married or divorced, but it was known that he was in a very loving relationship with the Australian Ashley Youle. She is a qualified veterinary nurse who became friends with him after they met in Australia, where Parker had gone on holiday.

The two made their relationship known in 2015 when she started performing on the Gold Rush show. Ashley was an instant sensation with fans of the show and Parker Schnabel himself, who admitted that her presence during the dark period after he lost his grandfather brought some good sunshine back into the darkness he had slipped into. Ashley appeared in a total of 25 episodes of the show, in which she visited her husband in the mine and is often seen helping him where she can. Her love was seen by everyone, and at the height of their relationship, Schnabel made a leap of faith and gave Ashley the responsibility for the Gold Room next to Chris Doumitt.

Earlier than most people expected, however, the relationship began to falter and the two broke up. They then went so far as to stop following each other on social media and delete all photos of each other. Since then, fans of the gold rush star have been eagerly awaiting news of his involvement in a new love affair. Parker, for his part, seems to devote all his time to his work, which, he admits, has largely contributed to the end of his relationship with Ashley.

Has He Dated Anyone Since His Break Up?

Since the only thing Parker Schnabel cares about is mining gold, fans have been browsing his social media sites, hoping to uncover a secret relationship he may have but is unwilling to share. This endeavor came to fruition in August 2019 when the star shared a photo of his Instagram grip with his gold mining colleague, Sheena Cowell. The picture was not confirmed, but the two took a pose that many have described as a sure sign that something is between them.

There aren’t many details about the brunette, but from the many pieces of information that have come to light, mainly through her description of herself on her Instagram grip, it is clear that Sheena Cowell is a lover of adventure. She proves this through the many photos she has published from her many travels to different places around the world. Among these many photos are some she took with her boyfriend, who is definitely not the famous Gold Rush star.

To answer the question of how she appeared on Parker’s Instagram page: Sheena is a talent manager who also works in production, and that’s how she came to work with Parker. The two worked closely together on Goldrausch, with Sheena acting as a production assistant for Season 9 and researcher for Season 8.

From all of the above, it’s clear that Parker Schnabel and Sheena Cowell have only worked together on the TV show, but are not as romantically involved as many of his fans had hoped. So it is safe to say that Parker has neither a girlfriend nor a wife at the moment.