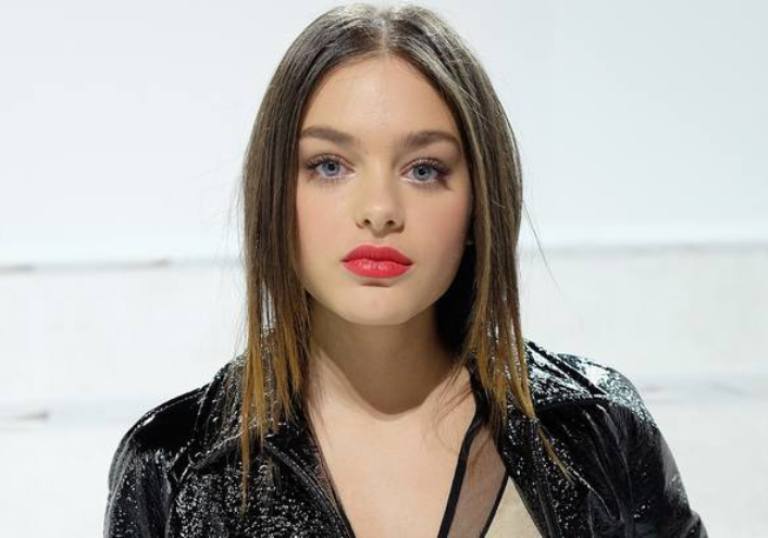 Odeya Rush is a radiant Israeli-American model and actress who developed an interest in acting at the age of 14 when she starred in The Odd Life of Timothy Green. She later starred in The Giver alongside Meryl Streep and Jeff Bridges. Odeya Rush also got an acting role in Goosebumps. When she was 18 years old, she wrote a short film called Thank You. She also directed and acted in the film.

Odeya Rush was born on May 12, 1997, in Los Angeles, California, United States of America. She and her six brothers were raised in Haifa by their Israeli parents, Shlomo Rushinek and Maia Greenfeld. By the age of eight, she had already begun to write and perform her own plays. At the age of nine, her family moved to the United States of America with the sole purpose of her father getting a job as a security consultant in Alabama. When Rush came to America, she could only speak Hebrew.

She attended the N.E. Miles Jewish Day School in Birmingham, where she lived. Odeya Rush later attended a public school in Midland Park, New Jersey. In 2013 Rush and her family moved to California. The seductive actress has six brothers. Her two older brothers lived in Israel, while her remaining four younger brothers, a pair of twins, grew up in California.

Before Odeya Rush ventured into the acting profession, she started her career as a model when she came to the United States of America. She did campaigns and commercials for fashion brands like Polo Ralph Lauren, Tommy Hilfiger, Gap, and Guess. She began her most important role as an actress in 2010 in Law and Order: Special Victim Unit, where she was given the role of Hannah Milner. Her most important movie role was in 2012 when she played the role of Joni Jerome in a Disney movie directed by Peter Hedges – The Odd Life of Timothy Green.

In 2014 Rush played in The Giver, a science fiction film. The film was directed by Philip Noyce. Jeff Bridges, Meryl Streep, Katie Holmes, Alexander Skarsgard, Brenton Thwaites, and Taylor Swift also starred in the film. In the same year, Odeya Rush was fortunate to be among the two Israeli actresses who were named Hollywood’s newest leading actresses by InStyle magazine. In 2015 she played the role of Ashley in See You in Valhalla, a remarkable comedy. Odeya Rush was also featured in Goosebumps, where she played the female lead.

In 2016 Rush finished shooting Coup d’etat, a satirical comedy in which she appeared alongside Katie Holmes and Michael Caine. The actress also played in Hunter’s Prayer, a film directed by Jonathan Mostow.

According to speculation flying around, Odeya is single. It has not been revealed whether she is married or in a relationship. Her private life is not in the public eye as her profession seems to be. This has become a serious concern for her fans.

The net worth of Odeya Rush is estimated at over $3 million.