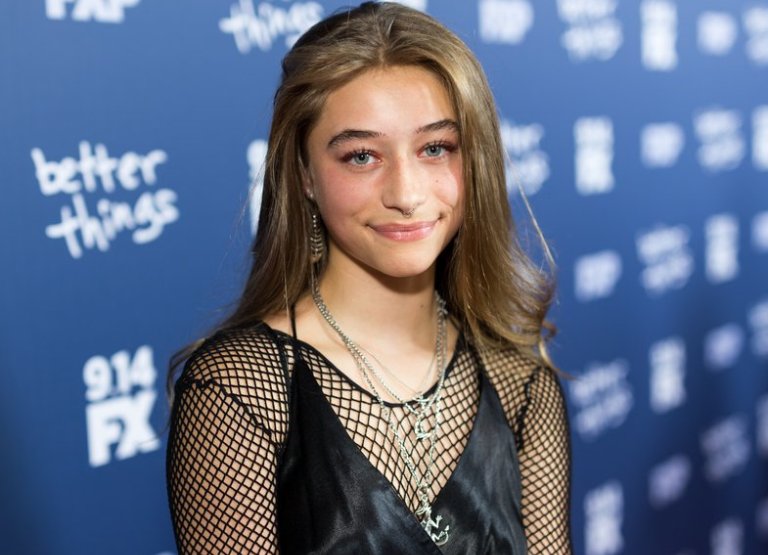 When an actress who has won a Prime Time Emmy and a screenwriter produces a child, the first assumption for many people is that such a child will also drag along the path of the parents. This may not always be the case, but with Odessa Adlon, it works perfectly.

As the daughter of Pamela Adlon and Felix O. Adlon, Odessa is an actress who became famous through movies like Nashville (2012) and What About Barb? (2017).

As the second child of Pamela and Felix Adlon, Odessa was born on June 17, 1999, in the United States, where she also grew up with her older sister.

Odessa, who is of American, English, Jewish, and German descent, received her education in California, where she grew up at Champs Charter High School in Van Nuys. There is no indication that she will be ready to continue her education now that she has finished art high school, as she is fully committed to acting.

She played her first role as an actress in the comedy-drama Conception in 2011, although she was not credited. In 2016 she was given a role in an episode of Better Things, followed by another role as Liv in the Nashville television series in 2017.

Adlon’s other works include What About Barb? (2017), Ladyworld (2018) and in an episode of Love (2018). Her most recent appearance was in the CBS sitcom series Fam, which has been on air since January 2019. Wayne is another series she is starring in. The action-comedy web TV series started in 2019 and she plays the role of Trish.

The young and talented actress was born into a family known in Hollywood. Her mother, Pamela Fionna Adlon, is a very versatile actress who also works as a producer and film director. She is also popular as a voice actress for King of the Hill: Bobby Goes Nuts (2001), which earned her a Prime Time Emmy and other works such as Grease 2 (1982) and Californication (2007-2014).

Her father, Felix Octavian Adlon, is a screenwriter. His works include Younger and Younger (1993) and Eat Your Heart Out (1997). He is also the producer and author of the film Mahler on the Couch (2010).

According to some sources, Odessa Adlon’s parents met when they were both in high school. The couple married in 1996, and after being together for 14 years, the marriage ended in divorce in 2010. After the divorce, Felix decided to return to his home country Germany.

Her paternal grandfather is the German director, screenwriter, and producer Percy Adlon. He is very popular in the creative scene of the country, where he has participated in many films and won many awards.

Odessa Adlon has two siblings, including actress Blockers (2018) Gideon Adlon, who was born two years before Odessa. There is also the youngest member of the family, who is also the least known, Valentine (Rocky) Adlon.

As for their relationship, it is publicly known that the actress only went out with one person, Jaden Smith. The singer, songwriter, and actress Smith is the son of Hollywood royals, Will Smith and Jada Pinkett Smith.

It is not known how the two met, but they were very close when they were together. They attended Aldon’s high school graduation ball in Los Angeles, dressed in matching clothes, as well as various other events.

Before Aldon and Smith started dating in 2017, he had previously dated others like Sarah Snyder, Amandla Stenberg, Kylie Jenner, and Sofia Richie. In 2018 the two went their separate ways. Earlier, Jada Pinkett Smith revealed that she was not the proudest mother of the girls Jaden had dated in the past.

Odessa Adlon is a very beautiful woman and not exactly the biggest woman you can find. She has a height of only 5 feet 5 inches, while her body weight is 51 kg.