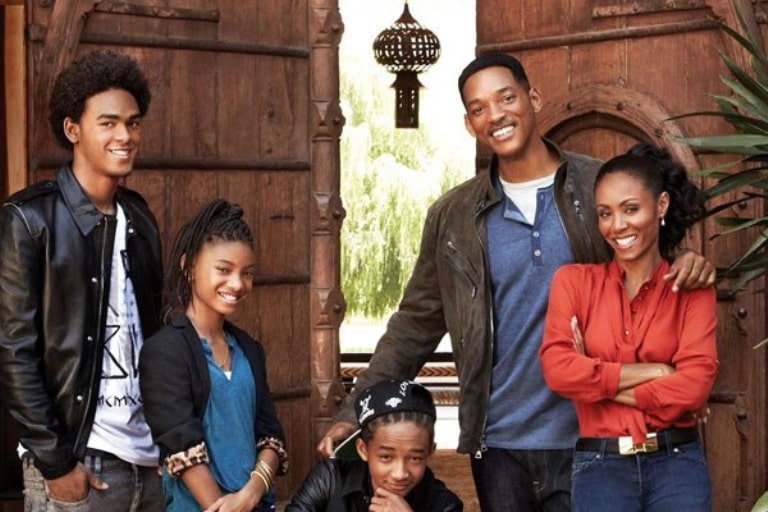 Is now a good time like any other to go on a tour and what is the place? It’s Will Smith house, yes guys, let’s take a look at the place the Fresh Prince calls home and the people he shares it with. We expect nothing less than practical perfection from the actor, producer, and multiple Grammy award winner, and we’re sure you do too. So without further ado, let’s go on tour.

Once a house has made it to the pages of Architectural Digest, it is not only glamorous but also stylish, but we expect no less from the Smith clan. From the neighborhood to the house itself, you have to hand it to them, they have represented it. The house itself is located in a limited area in the mountains of Santa Monica, above Malibu near Calabasas, California.

In case you didn’t know, Calabasas is a popular neighborhood where stars like Drake, the Kardashians, Dwayne Johnson, and JLo live. So it’s pretty close to a celebrity neighborhood. OK, back to the topic, Will Smith’s 25,000 square foot mansion was designed by Stephen Samuelson with architect Harry Perez-Daple. So it was definitely built from scratch, just for the Smith clan.

If you have never heard of an Adobe-style mansion, let us teach you. They are of American-Indian origin and are characterized mainly by massive stucco walls with rounded edges and exposed wooden beams and columns. Think of The Flintstones, with a touch of modern sophistication, and you have the perfect image of an Adobe-style home.

In addition to a series of living rooms and rustic bedrooms, the house also has a pool table, a lake pavilion, a meditation room, a recording studio, a projection room, and an outdoor pool. We can’t see the whole house, of course, but here is a nice, point-blank cross-section of Will Smith’s house.

Will Smith’s House; The Entrance

The first impression is really important and the entrance of a house speaks volumes. Well, the Smith’s have given it a front door from a fort in northern India; a cowhide rug, a nice full mirror, and potted plants for that earthy look.

The Smith family must have a weakness for living rooms because they have at least three, it was not easy to choose one for you today, but we did it anyway. This room has at least three different types of seats, our favorite is the beautiful row of 60’s Brazilian rosewood chairs and the floor is decorated with a beige silk carpet.

The house has two dining rooms, and we understood it perfectly; one is a little more formal than the other. Guess which one we chose. We were ‘formal’ today, the walnut dining chairs and the table are sitting on a silk wool carpet begging for you to put your feet right into it.

Will Smith’s house; The kitchen

What is a house without a stunning kitchen? Well, we don’t know boys, we just assume every house has one. The kitchen in the Will Smith house definitely represents, it’s a breath of fresh air when you see oak panels instead of the steel panels everyone goes for these days.

Will Smith’s House; The Master Suite

We could not do all the rooms, so we decided to choose one at random. The custom-made platform bed lies on a silk carpet and there are comfortable lounge chairs that bring the whole set together.

The house of Will Smith; The pool

Need we say more, every Hollywood house has one, and the more creative we get from day today. The Smiths enjoy a free-form pool that blends with the earthy, natural aesthetics of the house.

We can honestly say that the Smith’s make ‘staying at home seem like the ultimate dream, it’s a beautiful property with a bespoke exterior and an even bigger strain on the inside thanks to interior designer Judith Lance.

The Family of Will Smith

Every family is a family like no other, but the Smith family gives it a whole new dimension. Yes, there’s a mom, or two, a dad and kids, but there’s so much more. Here’s everything you need to know in a nutshell.

The entire Smith family is in show business. Will is an actor and producer, his first wife, Sheree, was a reality TV star and his current wife, Jada, is a well-known actress. The kids are in on it too, his first son Trey is an actor, musician, and an accomplished DJ, Jayden and Willow are into everything from acting to singing to modeling, whatever.

Willow Smith was not planned, we think Jayden’s exact words were: ‘Willow was an ‘Oops baby! I was just starting to wean Jaden, and I’d only had one cycle since birth, so I thought I had some time left. Then I got my surprise…

Jayden Smith is one of those guys who takes gender fluidity seriously, he wears skirts (enough said).

There have been several rumors about the couple separating, that they don’t even bother to put them to rest these days, they just go on with their lives… TOGETHER.