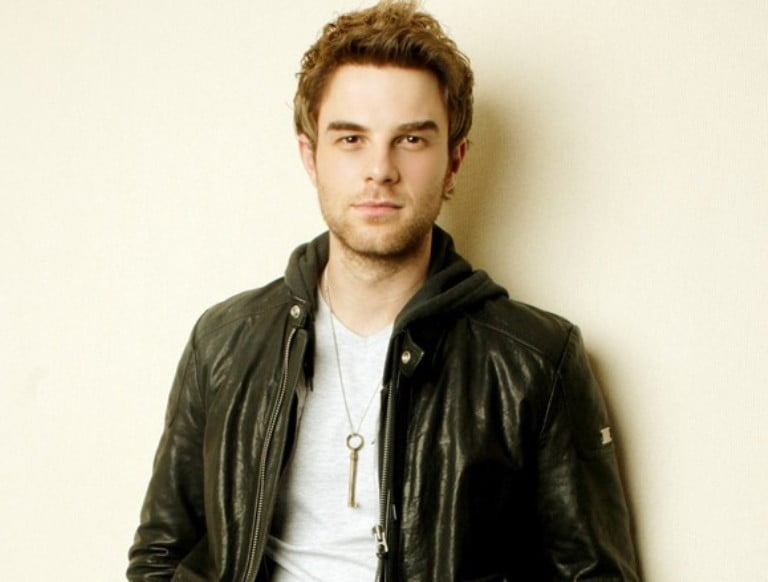 Nathaniel, of Croatian-German descent, was born on August 4, 1983, in Sydney, New South Wales, Australia. Buzolic is an alumnus of the Australian Theatre for Young People (ATYP), De La Salle College Ashfield, and the Screenwise Acting School for Film and Television, which he graduated from in 2004.

He began his career in the early 2000s and starred in several blockbuster films and television series. In 2001 he starred in an episode of Water Rats and the following year he appeared in the Australian television series Home and Away, which he continued with an appearance in All Saints in 2003.

In 2007 he played a supporting role in two Australian short films My Greatest Day Ever and Road Rage. He played a more significant role in the 2008′ film Offing David alongside his Australian acting colleague Adam J. Yeend.

In 2011, Nathaniel Buzolic portrayed Kol Mikaelson in the CW network’s series The Vampire Diaries and was later to resume his role in the pilot episode of the spin-off series The Originals of The Vampire Diaries. He also played the lead role in the second season of the series in 2014, and in the same year he was given one of the lead roles in Supernatural: Bloodlines, a CW network series. He also had a regular role in Out of the Blue – a BBC soap opera.

In addition to acting, Nathaniel is also a fantastic presenter who has hosted several shows such as The Mint – a nightly TV quiz show that aired on Nine Network. He was also the co-host of the educational show Weather Channel Weather, Ed.

Who Is Nathaniel Buzolic’s Girlfriend?

In 2014, the actor had a love affair with a French woman named Lorna Lalinec, whom he met while on vacation in Paris. Despite the language barrier they both encountered, as Buzolic did not understand French and the lady did not speak English, they managed to maintain their relationship for a year, using the Google translator and visiting each other frequently.

Not many couples on the screen end up as couples in reality. Fans often get carried away by the “reality” that most screen pairs on the screen display, that they wish the couples had a happy life in real life.

The Originals stars Nathaniel Buzolic and Danielle Campbell are a couple that many wish their relationship could become real beyond the screen. The fans will be delighted. But it’s not going to happen, well, not that it couldn’t happen, guess what, they haven’t seriously thought about it or maybe they’re just not compatible in real life.

Nathaniel Buzolic may be single at the moment, because he hasn’t been associated with a girl lately, nor has he revealed his relationship status.

He is a devout Christian and a first-generation Australian. His ethnicity is Croatian-German.

Buzolic played competitive basketball for New South Wales and was part of the group that danced at both the opening and closing ceremonies of the 2000 Olympic Games in Sydney.

ALSO READ: Tatyana Ali of Fresh Prince Bio: Who is The Husband, Parents, Net Worth?

Buzolic is known by the nickname Nate Buzz, which was suggested to him by his management because they felt that his real name didn’t sound quite Hollywood, can you imagine?

He is a big fan of the Disney character Peter Pan, and his best movie ever is Pirates of the Caribbean.

If Nathaniel would choose someone to play him in a movie, it would be Andrew Garfield. His favorite actor is Leonardo DiCaprio.

Nate Buzz is on social media, so he can be liked and followed on Twitter and also on Instagram.

Buzolic is a member of a movement called End It, which is against slavery. The actor uses his social media sites to fight against slavery. He also preaches the preservation and care of the natural habitat water.