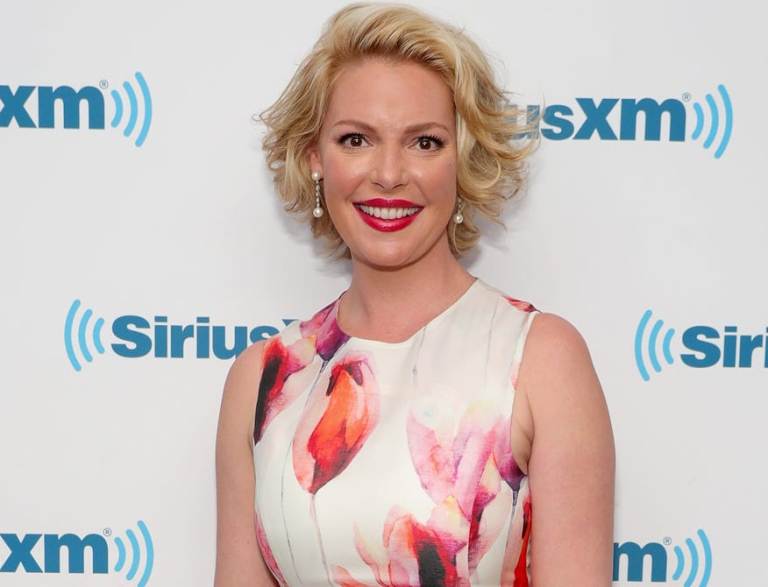 Katherine Heigl became known through her role as Izzy Stevens in Grey’s Anatomy. Before that, she was active in Hollywood with roles in That Night, My Father The Hero and Under Siege 2: Dark Territory. She also got a prominent role in Roswell, an American science fiction show that also featured Shiri Appleby, Jason Behr, Colin Hanks, and Brendan Fehr. She is also a former fashion model whose career began as a child with Wilhelmina Models. During her time as a cover model, she appeared in several magazines, including Cosmopolitan, Vanity Fair, and Maxim.

Her role in Grey’s Anatomy shot her to international fame and critical success. She won a Primetime Emmy Award for outstanding supporting actress in a drama series. The role also led to several film roles including Life As We Know It, Killers, Knocked Up, New Year’s Eve, The Ugly Truth, 27 Dresses, The Big Wedding, and Unforgettable. She also starred in movies like Home Sweet Hell, Jenny’s Wedding, and Jackie & Ryan.

She appeared in the television series State of Affairs and lent her voice to the cartoons The Nut Job and The Nut Job 2: Nutty by Nature. In 2018, she joined the cast of Suits as Samantha Wheeler, a new partner at Pearson Specter Litt, the fictional law firm of the series.

Katherine Marie Heigl was born on November 24, 1978, in Washington, D.C. as the youngest of four children. Her mother, Nancy, was a personal manager, while her father, Paul, was an accountant and financial manager. She has three siblings, Holt, Jason, who passed away, and Meg, who was adopted. Her family lived in Northern Virginia before she moved to Denver and finally Connecticut where she spent the rest of her childhood.

Her brother Jason, who died in 1986, was thrown from the back of a pickup truck while he was having lunch with some of his friends from high school. After his death, his family donated his organs. Her brother’s death was the reason for her parents’ conversion to the Church of Jesus Christ of Latter-day Saints.

She is of Irish, German, and Irish descent.

Even though Katherine Heigl went through a difficult time in Hollywood, she is still worth 25 million dollars. This is the result of years of smart savings and spending during her more successful years.

After she was labeled “difficult to work”, she saw the film reels begin to dry up and her name was no longer a box office hit as it once was. Still, Katherine managed to hold on to her impressive fortune.

With the salaries from her early roles in the early years of her career and the salaries she receives as a movie star on TV shows, she is doing well at the moment and she doesn’t have to worry about her net worth dwindle.

Katherine is married to Josh Kelley, a musician. They met on the set of his music video Only You, in which she played his love play. The two got engaged in 2006 and got married on December 23, 2007. Before getting married, they decided not to live together and declared that they wanted to save something for marriage to allow marriage with new experiences different from those of their relationship.

In 2009 they adopted a daughter from South Korea, Naleigh (Nancy Leigh). Katherine’s adoptive sister is also originally from South Korea. Naleigh was born with a heart defect and had to undergo surgery before she left South Korea. They adopted their second daughter, Adalaide, from the United States in 2012. In 2016 the couple announced that they were expecting their first biological child, a son. Their son, Joshua Kelly Junior, was born on December 20, 2016.

They currently have two daughters and one son. Josh’s brother is Charles Kelley – one of the members of the celebrated music group Lady Antebellum.