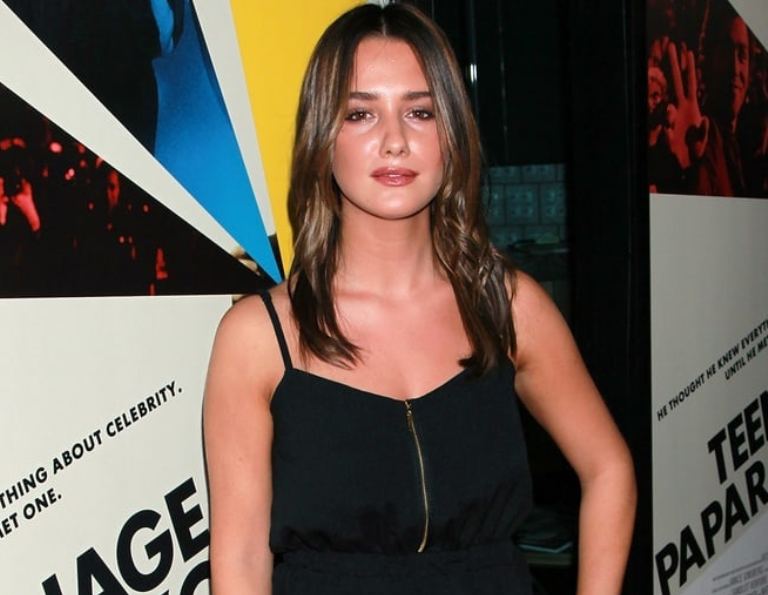 Addison Timlin is a beautiful actress who is famous for her exceptional acting skills and creativity. Until 2005 she was not really known in the film industry. Only after her debut as Amy Schine in the American thriller Derailed did she become a household name in America and beyond.

Her career received a boost the following year after she made an appearance as an actress for the fictional character “Charlotte Hanson” in the TV series 3 lbs. Timlin owes her name to a whole series of television series and films in which she warmed many hearts with her outstanding performances and a great sense of creativity.

The truth is that the actress is not only talented but also beautiful and has so many fans on her side. You can read more about her and whether she is in love with a man in this article. Read on!

She is the daughter of R.J. Timlin (father) and Jayne Timlin (mother). She was born Addison Jayne Timlin on June 29, 1991, in Philadelphia, where she grew up with her two older sisters and an older brother whose names are not known to the public.

The actress of American nationality and North American descent attended the prestigious Professional Performing Arts School (PPAS), located in the heart of the Manhattan theater district.

Career and Rise to Fame

As mentioned earlier, Addison began her journey to fame in 2005 as Amy Schine (the beautiful diabetic daughter of fictional characters – Melissa George and Clive Owen) in the movie Derailed. Before her role in the film, she had already made her Broadway debut in 2003 in Revival of Gypsy as Baby Louise on Broadway.

In her short time in the film industry, she has starred in an impressive number of television series and films. Some of her showbiz roles have been in films such as The Isabel Fish (2006), Standup Guys (2012), Man (2008), Afterschool (2008), When I’m a Moth (2018), Little Sister (2016), and many others. Since her career breakthrough in 2011, she has shared her screen time with top stars such as David Duchovny (in Californication), Zac Efron (in That Awkward Moment), and Al Pacino (in Stand Up Guys and Little Sister).

Is Addison Timlin Dating Or Engaged?

Addison Timlin and Jeremy Allen White are a theme. The actress and her Ride or die celebrity boyfriend have been together for over four years, and the trend is upwards. White, born on February 19, 1991, in Brooklyn, New York, began his acting career in 2006 and has made over ten films and four television series. He also appeared in afterschool together with his girlfriend.

Before their relationship, Timlin had a short-lived relationship with Connor Paolo. She began dating Justin Chatwin in 2010, four years after her one-year relationship with Paolo ended. She was romantically involved with American film producer Zach Shields, with whom she also dated for a short time.

At the moment, the actress and his celebrity boyfriend live out their best moments together as romantic partners. You often see them cuddling together.

Quick Facts About The Actress

1. At present Addison Timlin has raised $400,000 from her fast-rising career.

ALSO READ: Who Is Karrine Steffans? Her Son, Husband, Net Worth, Quick Facts

5. Timlin appeared in the viral music video Check Yes Juliet by the popular American rock band We the Kings. The song was recorded in 2007 and released in February 2008.

6. The Philadelphia-born actress loves to change her body. She had her first tattoo at the age of 16 and currently has nearly 30 tattoos on her body. However, she admitted that she generally hates ankle tattoos.

7. Timlin considers the American actor Anton Viktorovich Yeltsin as her favorite star. She played the leading role in the film – Odd Thomas – with Yelchin in 2013 and was left devastated in June 2016 after she learned of the actor’s death in a freak accident.

9. Addison Timlin has an apartment in New York, United States.