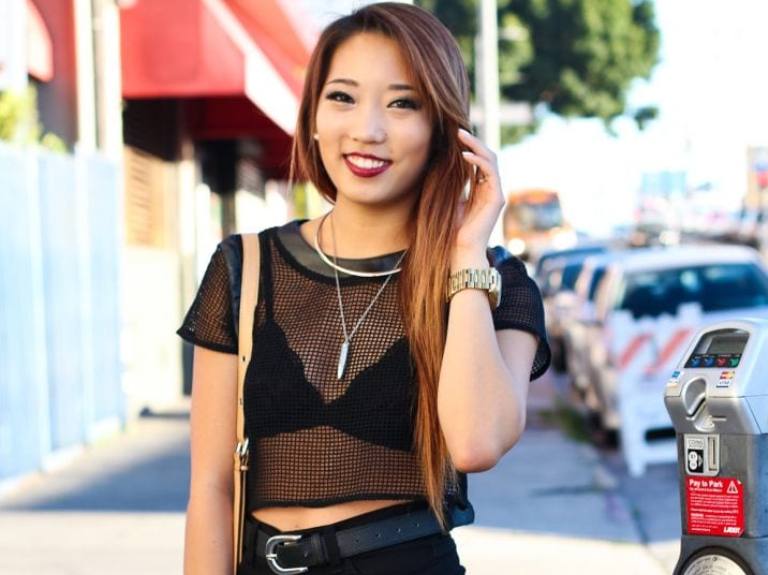 Julia Hsu is a name that should not be known to many people except the hardcore fans of the rush hour movie series. She appeared in the first part of the action-comedy in the role of Soo Yung Han, the 11-year-old daughter of Chinese Consul Solon Han, who is kidnapped on her way to her first day of school in Los Angeles and later rescued by the film’s two main heroes – Detective Inspector Yang Naing Lee, playing Jackie Chan, and Detective James Carter, playing Chris Tucker.

Although the role made Hsu famous, she preferred not to take advantage of it but pursued other interests. In recent years, however, she has attracted a lot of media attention after articles in various gossip sites said she had become a rapper and Instagram celebrity, often posting scantily clad photos of herself. Read on as we uncover the true identity of Julia Hsu from Rush Hour.

Julia Hsu was born in 1986 in Los Angeles, California – the seat of all things Hollywood – and so it is not surprising that she was able to awaken her interest in acting at a very early age.

While the story of how she booked the role of Soo Yung Han, daughter of Chinese Consul Solon Han, in Rush Hour is not known, it would turn out that Hsu had a very short-lived acting career, the reasons for which are also unknown.

Despite her impressive performance in this role, Julia Hsu only appeared in one more movie before she unofficially disappeared from the Hollywood screen. This film was an independent short film from 2001 called Three Exits. Hsu played the role of Theresa in the film, which also featured famous entertainers such as Phil Hawn, known for his work in Veep and The Office, and Cathleen Chin – known for her roles in Dead Sexy of 2001 and Defending Your Life of 1991.

The short film “Three Exits” was the last time Julia Hsu appeared in the media until sometime in 2017, when articles online began linking her to a certain Instagram celebrity also named Julia Hsu.

As Instagram Julia Hsu became more famous, many automatically thought it was Rush Hours Hsu making a comeback in the spotlight. Articles with titles like “You won’t believe how Julia Hsu from Rush Hour looks now” described the two ladies as one and the same person, but without any tangible evidence.

Although there is a striking similarity between the two, they are different people, and Julia Hsu from Rush Hour is not the same person as the social media star Julia Hsu, they just happen to have the same name. A striking fact is that although the Rush Hour actress is from Los Angeles, the social media star is a native Texan living in Houston. A more solid fact is that Hsu makes it clear in her IMDB profile that she is neither an Instagram star nor a rapper.

So where is the rush hour actress and what is she doing now? According to our findings, Julia Hsu has made a career transition from acting to the business world. She is still based in LA and works as a Senior Human Resource Business Partner at Santa Monica-based Snap Inc. a role she took on in November 2018.

So it turns out that Julia Hsu went back to school a few years after her last movie appearance. She attended the University of Southern California, which she graduated from in 2008 with a degree in Business Administration, Business Cinema-Television.

As with the details of her early life, the facts about Julia Hsu’s family life are completely unknown to the media. How many siblings she has and whether she has built up a family of her own or not, only Hsu and her relatives know. This is not surprising, since the actress has chosen a life far away from the media and fame.

ALSO READ: Who is Polyxeni Ferfeli? Here are Facts You Need To Know About The Instagram Star

Facts About The Rush Hour Actress

In addition to her Bachelor’s degree, Julia Hsu holds a Master of Business Administration from UCLA Anderson School of Management.

Other companies that Hsu has worked for besides Snap Inc. include Hulu, DirecTV, and Signa.

She stands at a height of about 5 feet 2 inches tall.

Her natural hair color is black.

Unlike Taiwanese rapper Julia Hsu, Julia Hsu from Rush Hour is not present in social media except on LinkedIn.

In real life, She was about the same age as she was in the first part of the 1998 film series Rush Hour.