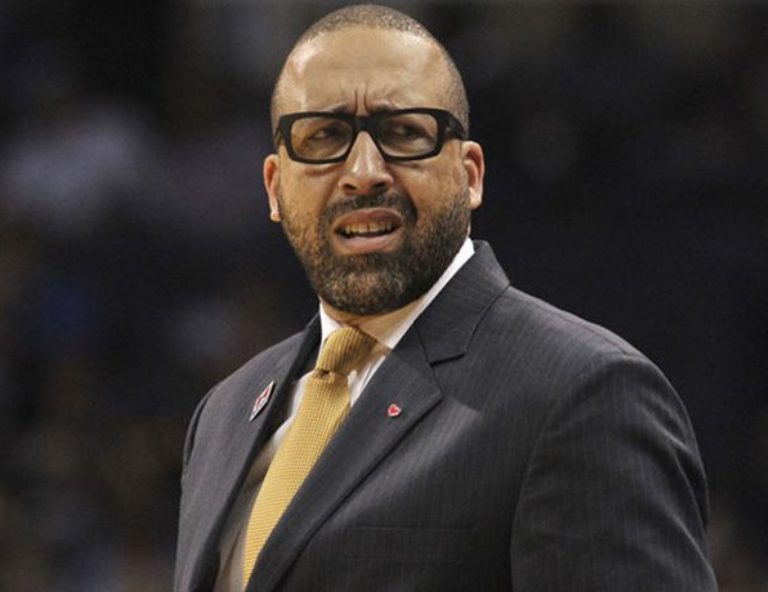 David Fizdale is a professional basketball coach who is currently the head coach of the New York Knicks of the National Basketball Association, NBA. He was also the former head coach of the Memphis Grizzlies from 2016 to 2017 when he was fired in November for his feud with the team’s veteran center, Marc Gasol.

In addition to his job, David Fizdale is married to the beautiful Natasha Sen, who has suddenly become an internet sensation not only because of her husband’s popularity in the NBA but also because of something much bigger, as you’re about to find out.

Born on June 10, 1985, in India and Canadian Natasha Sen spent part of her childhood in India and moved around a lot as a woman whose stepfather was in the army. She attended college in Ontario, where she received her bachelor’s degree in marketing and creative design from OCAD University in 2008, and lived in Toronto for more than a decade before her marriage.

Since moving to Memphis with her husband, Sen has created her own personal brand, The Creative Penny, a marketing and design agency. Prior to that, she was Marketing Director of Majestic Properties, one of the largest boutique real estate firms in South Florida.

With her extensive experience in marketing the company, she founded her own business (The Creative Penny) where she now serves as CEO and Creative Director.

In addition to all this, she is a passionate advocate for dog rescue and has adopted five dogs.

David Fizdale proposed and married his wife Natasha at the luxurious Hotel Del Coronado in San Diego, California. The big ceremony took place on the beach with family and friends. Big names like Dwyane Wade and his then-fiancée, Gabrielle Union, Jenine, and Juwan Howard, Johanna Gomez and Steve Stowe, and Miami Heat Coach Erik Spoelstra were spotted as some of the guests on the NBA weekend trip.

On the eve of the wedding, right during the rehearsal dinner, the guests were treated to a henna party in traditional Indian style, a sandcastle, and a romantic campfire night on the beach.

Fizdale’s family consists of his mother Helen Hamilton, his wife Natasha Sen, and his son Kyle Jackson, who he had with a former partner. The head coach of the New York Knicks was raised by both his mother Helen and his grandfather Robert Hamilton, who was shot in 1994.

In an interview when he made his first game as an NBA head coach, Fizdale said in interview that although his father was not a big part of his life, other family members “caught up”, most notably his grandfather who was a big part of it and taught him how to be a man, what it meant and what it meant.

Meanwhile, he had a humble beginning, from sanitation worker to NBA coach in two generations; and he hung out on the back of the truck, hanging out with Dwyane and LeBron. His mother worked as a maintenance dispatcher at Los Angeles International Airport, and his late grandfather was a sanitation worker in Los Angeles.

Before she achieved fame, Fizdale was a point guard at Fremont High School and later attended the University of San Diego on a scholarship, where she earned a Bachelor of Arts degree in communication and a minor in sociology.

He then became head coach of the Memphis Grizzlies from 2016 and was considered the highest coach. His comment “Take this as data” was spread on the internet, exactly in his first NBA post-season series as head coach. His team played against the San Antonio Spurs.

As head coach of the Memphis Grizzlies, Fizdale suffered eight consecutive defeats in 2017 and was fired on November 27, 2017. According to a league source, the former grizzly coach was courted by the Suns and Knicks that same month before deciding to sign a four-year contract (2018 – 2022) with the Knicks.

It is not known what his net worth is, but during his career in the NBA, the coach has earned a huge salary. His beautiful wife, Natasha Sen Fizdale, is described as sexy, loving, and supportive. Surprisingly, Fizdale is not only into coaching. Like his late grandfather, he also has an interest in gardening.