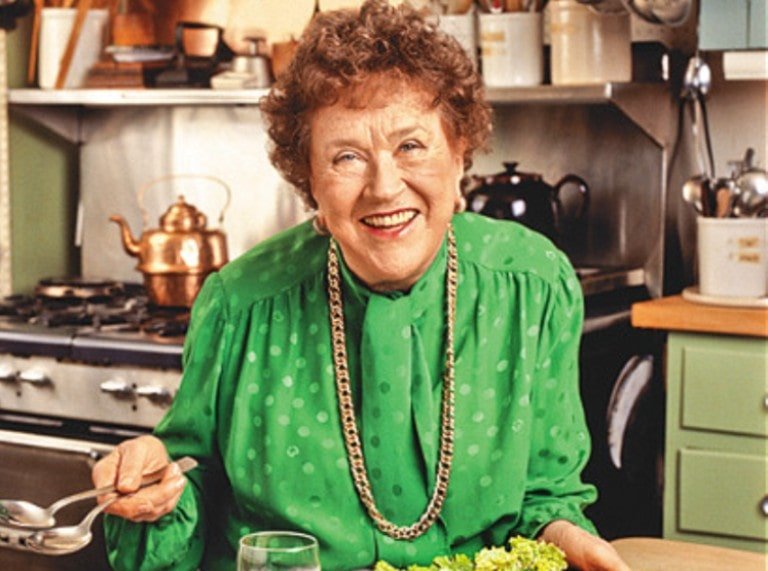 Julia Child is known to many only as of the cook who, with her TV show, introduced French cuisine to American gourmets. But she is much more than that; among many other things that many people do not know, Julia is also an author.

Beyond her professional and personal life, the less known facts about the cook are listed below.

The cook was born on August 15, 1912, in Pasadena, California, as Julia Carolyn McWilliams. She was raised there with a brother and sister by her wealthy parents, Julia Carolyn Weston and John McWilliams. Her maternal grandfather, Byron Curtis Weston, served as Lieutenant Governor of Massachusetts from 1880 to 1883.

She attended the Katherine Branson School for her education and then Smith College, where she majored in history. Although she first became known and respected as a cook, Julia became interested in sports while still at school. She took part in basketball, tennis, and athletics, although she was not so outstanding in any of these sports that she could make a career out of it.

The thought that she started cooking as a small child would be anything but the truth. In fact, she only started cooking much later in her life when she met Paul Cushing Child, the man who would later become her husband. Before that, her family had a cook who took care of what the family had to eat, so there was no reason for her to learn. At least that is what she believed.

ALSO READ: RuPaul Biography, Wife or Husband, Net Worth, How Old is He, Is He Gay?

Her first job was with an advertising company before she was fired for disobedience. During World War II she wanted to join the Women’s Army Corps (WACs) or the WAVES of the U.S. Navy, but because of her oversized body, she joined the Office of Strategic Services (OSS).

When the war ended, she attended the popular Le Cordon Bleu cooking school before being trained by Max Bugnard and several others. Soon after, she had her own show, The French Chef 1963, and subsequently wrote a number of cookbooks and for newspapers.

The child also hosted other television shows, including Cooking with Master Chefs, Julia & Jacques Cooking at Home, and Baking with Julia. She has received numerous awards for these and her books, including several Daytime Emmy Awards, U.S. National Book Awards, and a Peabody Award.

After struggling with kidney failure, Julia Child died on August 12, 2004, in Montecito, California. She was 91 years old at that time.

Julia Child spent a very large part of her life with her husband, Paul Cushing Child. The two met during the Second World War when they both served in the OSS. They married in 1946 and remained together until Paul’s death on May 12, 1994, at the age of 92.

Unfortunately, the couple was unable to have children due to fertility problems. Had she had children, she would have devoted her life to them, the cook said.

As mentioned above, Julia Child was a basketball player when she went to school. It is interesting to know that she was not allowed to play for the school team because of her talent, but because of her height, which was 6 feet and 2 inches. This made her the tallest of her fellow players, but not necessarily the best player.

Lesser Known Facts About The Chef

2. She became the first woman to be so honored when she was inducted into the Culinary Institute’s Hall of Fame in 1993.

3. She would not have had a career if she had been able to become pregnant and have children.

4. In 2003, President George W. Bush awarded Child the U.S. Presidential Medal of Freedom, the country’s highest civilian award It was awarded for the promotion of American culture and for the country’s culinary arts.

5. Her first date with the man who later became her husband was at a French dinner in Paris. This may explain her love for French cuisine.