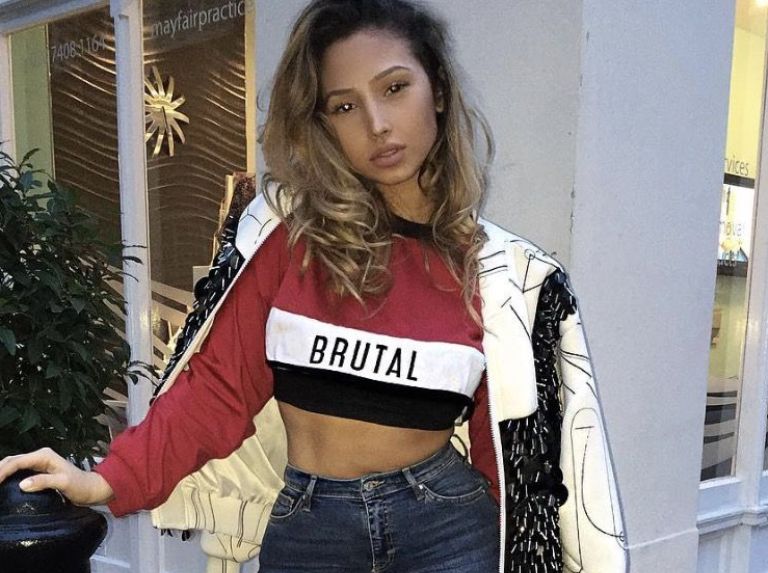 For American football stars to this day, it has become a norm for famous supermodels, actresses, and musicians, Cleveland Brown’s Wide Receiver Odell Beckham Jr. is no exception. If there is one thing that is as popular as his football, it should be his numerous flings with popular female celebrities. For some time now, Polyxeni Ferfeli has been in the spotlight after her recurring relationship with the football star.

Polyxeni, who is also a model and celebrity in social media, has become even more famous through her relationship. Read on to learn more interesting facts about the Instagram star and model.

Who is Polyxeni Ferfeli?

Polyxeni is a famous Greek supermodel, Instagram star and social media celebrity known for her relationship with NFL superstar Odell Beckham Jr. The couple has been making the rounds in the media tabloids since 2017 with their extravagant relationship.

Polyxeni Ferfeli was born in 1994 and celebrates her birthday every year on March 28. Born in the Greek city of Thessaloniki, Polyxeni is the daughter of Mariana Ferfeli, who works as a manager at the Laser Medical Center in Bucharest, Romania, and her husband. She spent her first years in Greece, where she grew up together with her sister Kassi.

The famous star spent most of her life in the United Kingdom. After completing her basic education, she enrolled at Regent’s Business School in London. There she graduated in Global Business Management and Finance in 2015. During her time there, Ferfeli participated in various beauty contests organized by the school, and before graduating, she started her modeling career.

Before starting her modeling career, Polyxeni Ferfeli started working for a Romanian food and beverage company called Elgeka Group in 2010. During this time she worked for several months as a marketing assistant as well as in human resources before she left the company in August 2010. Shortly after she left the company, Ferfeli, who had been pursuing a career as a model since childhood, decided to follow her passion. She continued to become an Instagram model.

Since then, the charming model has thrilled fans around the world with the sultry and scantily clad photos she uploads. To date, she has gained thousands of followers on Instagram alone and many more on other social media platforms. In addition to modeling, she also has a fashion line called Ferfeli that sells velvet unisex bombers. In 2017, she came into the spotlight after she started a relationship with American football wide receiver Odell Beckham Jr.

Facts You Need to Know about the Instagram Star

1. She is a Polyglot

Besides her career as a model, Polyxeni Ferfeli is also unique for her ability to speak several languages. Since she spent her first years in Greece, the model speaks the Greek language fluently. She is also fluent in English, Spanish, and Romanian.

2. Her Relationship with Odell Beckham Jr.

As mentioned above, Polyxeni Ferfeli gained great fame through her relationship with American football star Odell Beckham Jr. Odell currently plays the role of Wide Receiver for the Cleveland Browns of the NFL. He was born and raised in Baton Rouge, Louisiana, United States. Beckham began his professional career in 2014 when she was selected by the New York Giants as the 12th player overall in the NFL draft of the year. To date, the superstar has received three Pro Bowl calls and also won the NFL Offensive Rookie of the Year 2014.

The two lovebirds were first spotted in 2017 on a joint roller coaster ride at Six Flags Magic Mountain. They were then spotted during a vacation in Cancun City, Mexico, in July of the same year. While this period lasted, rumors began to circulate that their relationship would break up towards the end of 2018; however, the speculation did not do much as the duo was seen together in 2019.

Before their relationship, Polyxeni Ferfeli had allegedly dated Harry Styles. Odell Beckham, on the other hand, also has a history of dating famous female celebrities and was romantically linked to popular stars such as Khloe Kardashian, Iggy Azalea, and Amber Rose.

The gorgeous model has earned an impressive amount of money with her social media career. She once revealed that she would like to follow in the footsteps of Kim Kardashian, and it seems that she is succeeding in this quest. As for her financial value, some online sources have estimated the net worth of Polyxeni Ferfeli at $500,000, but this has not yet been verified. In addition, she is said to earn over $46,000 annually.

Polyxeni Ferfeli stands at a height of 1.68 m (5 feet 6 inches) and weighs 52 kg. With an incredible hourglass shape, Ferfeli has the body measurements for her bosom-waist-hip at 32-24-35 inches. She also has a pair of hazel eyes and black hair, which she sometimes dyes in different colors.