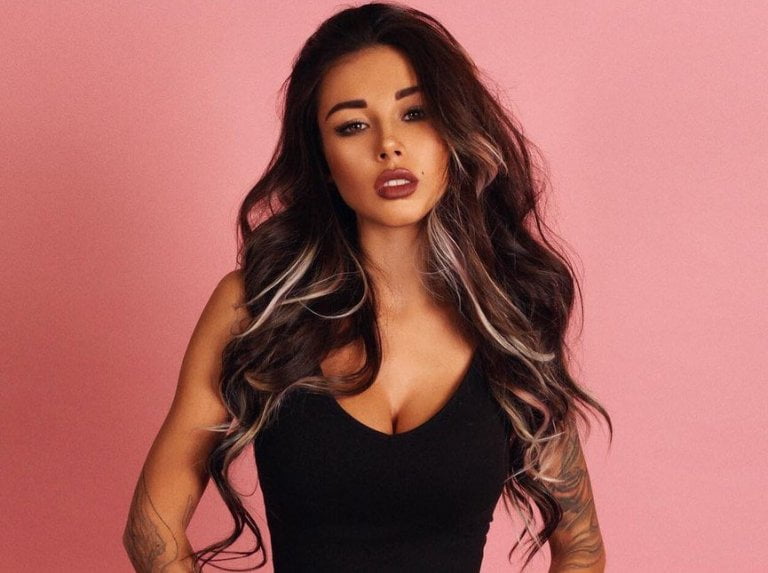 Diana Melison is a woman who deals with many things. First of all, she is a film actress who is popular for her appearances in films like Marshrut Postroen (2016) and Dizlayk (2016). In addition, she is even more popular as a social media influencer who has amassed millions of fans on various social media platforms like Instagram and Twitter. Melison also works as a model and blogger.

Although the actress is popular as Diana Melison, she was born on January 13, 1993, in St. Petersburg, Russia, as Anna Volkova.

According to her profile on the Russian social media website VK, she has three siblings – Nasty Ne-Khochu, Svetlana Bilyalova, and Anytka Skubko. Even more, she studied economics and finance at the University of Applied Sciences.

She first became popular through her relationship with the photographer Aleksandr Mavrin, who is known for his racy pictures.

While she was still with him, she took several pictures with him, and it was one of the pictures she used for her first magazine cover “Faces”. This was the beginning of her journey to become famous. After that, she modeled T-shirts for VKontakte and wore their branded shirts.

She also has a very young career as an actress, which she started in 2016. However, she is only known for two productions in which she took part. The first was a comedic horror thriller, Dizlayk, which was released in 2016. Her next appearance, also in 2016, was in another horror thriller, Marshrut postroen. In the film, directed by the popular Russian director Oleg Assadulin, she played the role of Lena.

Since then, she has never appeared in a popular movie, which is why many consider her more as a model than as an actress.

As far as her career as a model is concerned, Diana Melison is one of the most popular glamour models in her home country Russia. She has worked with a variety of brands. The beautiful actress has been made the brand ambassador of the American brand Guess in Russia. Guess is popular all over the world, and in the past many popular models such as Gigi Hadid, Anna Nicole Smith and Kate Upton have worked with Guess.

Things To Know About The Film Actress

1. She once dated Egor Kreed

Diana Melison has had a number of relationships in the past, but one of the most popular was with Russian rapper and songwriter Egor Kreed. Although there is no concrete information on how the two met, there are some reports that they met on the set of a photoshoot in 2013 for a clothing line they both wanted to promote.

The Russian actress and model enjoy great popularity on social media. She has a massive 2 million followers on Instagram and more than 37,000 on Twitter.

3. She had a short career in the adult industry

Apart from being just an actress and model, Diana Melison also had a fairly short and quiet career as an adult actress. However, not too many people associate her with a career in the industry.

4. Diana is regarded as one of the sexiest models in Russia

Along with other glamour models like Viki Odintcova, Svetlana Bilyalova, and Anastasia Kvitko, who has almost 10 million followers on Instagram, Melison is considered one of the best models in Russia. She is a popular face in the popular Secret Room in Moscow, which is a meeting place for the rich and famous children in the Russian capital.

Although she is a very good-looking woman with a beautiful physique that has helped her succeed as a model, she may not be the perfect woman for the runway, especially if you are looking for someone who is very tall. She stands at a height of 5 feet 6½ inches (1.69 m). Her body weight is 45 kg.