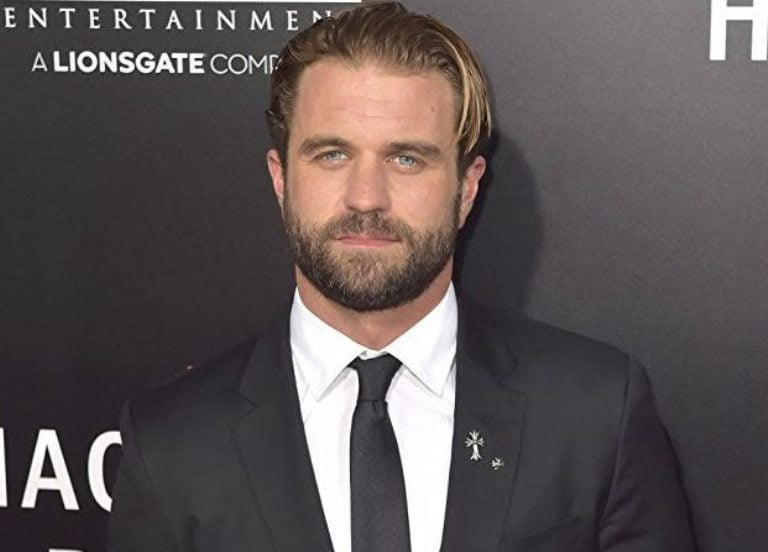 We often see children of celebrities end up in the same profession as their parents, sometimes even all family members take up the same career. Examples of this are the Clint Eastwood family in the film industry, Cindy Crawford, and her daughter, Kaia Gerber in the modeling industry, and Beatle George Harrison and his son Dhani Harrison in the music world. We also find this in sports as well as in other areas of entertainment. Similar to the example we have given above, this article looks at the life of Milo Gibson, a son who eventually entered the acting business like his father.

You must have seen Milo Gibson in movies like Gangster Land, All the Devil’s Man, and Breaking and Exiting. As his last name suggests, his striking resemblance to one of the Hollywood actors, Mel Gibson gives us a clue to their relationship. Let me introduce you: Milo Gibson – Mel Gibson’s double son

Milo Gibson is an Australian-American former electrician, massage therapist, and actor who became a model. The sixth child of famous actor Mel Gibson, Milo was born on November 16, 1990. He was born in Australia and lived there for a while until his parents moved to the United States. He went to school in Malibu and loved sports during his school days, playing soccer, lacrosse, and football.

As a child, Milo loved acting and often played the role of an actor, while his brother Louis Gibson played the role of a director. Louis is now a film director. After some time Milo was not so much interested in acting anymore and he decided to get involved in other things that interested him. At this point, he started working as a massage therapist. He also worked as an electrician for a while before he started modeling. Later he studied drama in Santa Monica, California, where his passion for acting was rekindled.

In 2016, Milo starred in his first movie, which was cast as Lucky Ford in Hacksaw Ridge, a movie directed by his father, filmmaker Mel Gibson. He starred in the film alongside other high-profile actors including Vince Vaughn, Andrew Garfield, Teresa Palmer, and Sam Worthington.

The following year he secured his first major film role when he was cast in Gangster Landas Al Capone. His role as a mafia boss in the film earned him great recognition. After that, he played the leading role in “Breaking And Exiting” and also in “Tribe of Palos Verdes”. In 2018 he got another leading role when he appeared in Hurricane (Squadron 303). Since his screen debut in 2016, his film roles have been accumulating again and again. He played the leading role in All the Devil’s Men.

Since 2017, Milo has been under contract with Wilhelmina Models, a modeling agency representing Hopper Penn, Clara McGregor, and Destry Allyn Spielberg, among others.

His parents are Mel Gibson and Robyn Moore. His parents were married from 1980 until their divorce in 2011.

Milo’s father Mel Gibson is an American actor, producer, and director and has starred in a number of Hollywood movies including the Lethal Weapon series, Mad Max series, Gallipoli, The Bounty, Hamlet, Braveheart, Passion of the Christ, Apocalyptic, The Beaver and many others. The New York-born actor Milo Gibson has a net worth of $425 million and is one of the richest people in the acting industry. He was married to Robyn Moore from 1980 to 2011 and they have seven children together, one of whom is Milo.

While married to Milo’s mother, Mel Gibson had an affair with Oksana Grigoryeva between 2009 and 2010, which resulted in a child. Mel is currently dating Rosalind Ross. The two have been seeing each other since 2014, and they now have a child together.

Robyn Moore, Milo’s mother, is an Australian television personality, public speaker, and voice-over artist. She has a successful career but is best known as Mel Gibson’s ex-wife and mother of seven of the famous actor’s nine children, including our celebrity in this article, Milo.

ALSO READ: Diana Melison Everything To Know About The Film Actress

Milo has eight siblings, Hannah, Edward, Christian, William, Louis, Thomas, Lucia, and Lars. Lucia and Lars are his half-siblings from his father’s relationship with Oksana and Rosalind respectively. His other six siblings are descendants of his parents’ marriage.

The Best Advice Milo Gibson Got From His Father

Mel Gibson always wants his children to do what they love best and has never dictated to any of his children. Mel’s advice to Milo regarding his acting career was to be true to his character and to fit into his character in every way, pretending the camera is not there and having fun.