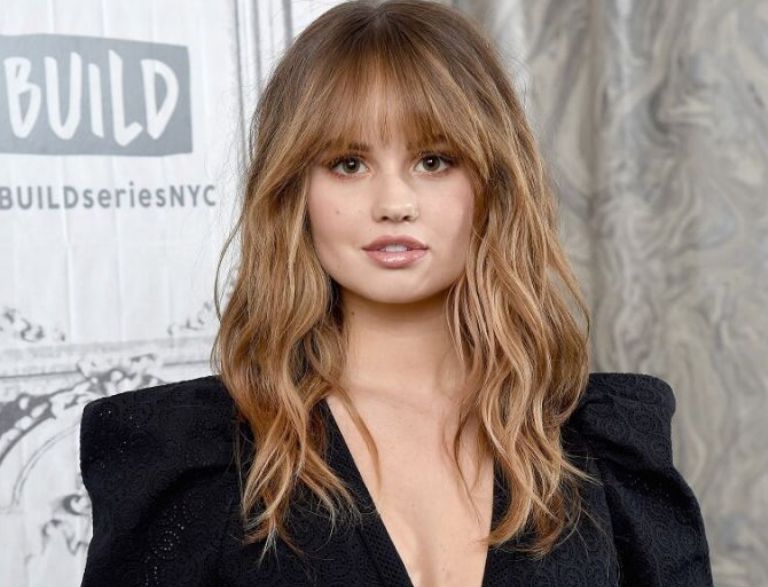 Since her days as a child actress, Debby Ryan has proven that she has the talent and “chops” to make it in the industry. The American actress and musician have been in the industry since 2006, and during this time Debby has certainly made a name for herself. When she was only seven years old, she started her career with performances in professional plays. Later, she played directly on DVD in the movie Barney & Friends, Barney: Let’s go to the fire station. Shortly afterward she was discovered by Disney during a nationwide search.

Debby Ryan is known for her appearance in the 2008 feature film The Longshots, starring Ice Cube and Keke Palmer. She later appeared in the popular Disney series The Suite Life On Deck as Bailey Pickett – a teenage girl from Kansas who is not only very intelligent but is also described as the perfect girl next door.

She also starred in the Disney Channel movie 16 Wishes, which was responsible for introducing Debby Ryan to a new audience, as the film had a large audience on the day of its premiere. She later appeared, opposite Kevin Sorbo and Kristy Swanson, in the independent feature film What If.

Later Debby got another role on the Disney Channel as the title character in the hit series Jessie. The series portrays her character as an aspiring actress from a small town who moves to New York to pursue her dreams as an actress but takes a job as a nanny for a wealthy family to make ends meet until her acting career begins.

Debby Ryan also expanded her resume to include the role of director when she directed an episode of the series in 2015. She later starred in Radio Rebel, another original Disney Channel film – again with the title character.

In 2013 she founded The Never Ending, an indie rock band. In 2015, the band appeared as an opening act for Fifth Harmony’s North American tour.

ALSO READ: Who Is Toby Regbo? His Biography, Dating, Girlfriend, Height, Is He Gay?

Deborah Ann Ryan was born on 13 May 1993. She spent her childhood all over Europe because of her father’s work. In an interview with People Magazine 2009, Debbie Ryan described herself as a “nerd”. She also admitted that she was bullied at school because she was in the chess club and because she was the school mascot.

She grew up all over Europe because her father was in the military, so she lived in different places where he was stationed. She lived in Germany for up to ten years and can, therefore, speak both German and English. When she started performing at the age of seven, she was at the American base in Germany. After returning to the United States, she grew up mainly in Texas.

Debby Ryan is currently single and not looking to be, she enjoys being a single woman in LA. However, Debby was previously in a relationship with Josh Dun, a musician best known as the drummer for the American duo Twenty One Pilots. The two were together from May 2013 to September 2014.

Debby was also previously in a relationship with American actor Lucas Till, best known for his role in the 1985 CBS reboot of the classic series MacGyver. From 2009 to 2010, she was also involved with Disney Channel graduate Gregg Sulkin, who appeared in Wizards of Waverly Place. Her other past relationships include Jason Dolley and Sean Marquette.

For a while, there were rumors that she was dating actor Spencer Boldman, but this was never confirmed.

It is obvious that Debby eats healthily and does a lot of exercises to maintain her figure, but frequent social media reports from the gym confirm this.

The talented actress is currently worth 4 million dollars. This is due to her years in the industry and the many leading and supporting roles she has played in both movies and television. She was also cast for the lead role in the Netflix series Insatiable, which will undoubtedly contribute to the increase in her current net worth.