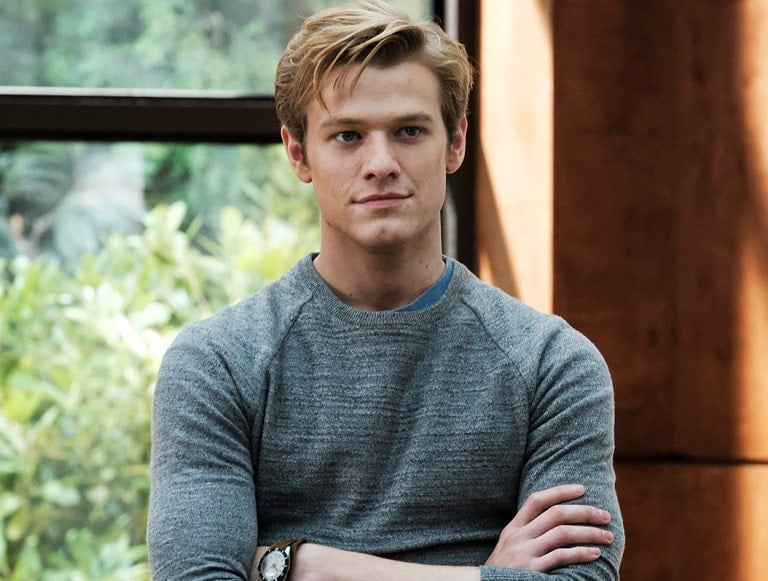 Lucas Till has achieved what many actors fail to do – he has developed from a teen heartthrob to a bonafide star. The actor, who has been in the business since 2003, won the hearts of many teenagers and young ladies when he played the love interest for the title character of Miley Cyrus in the feature film Hannah Montana: The Movie.

Shortly after the release of the film, the actor appeared in Taylor Swift’s music video You Belong With Me. The music video was a viral sensation and introduced the young actor to a whole new cast of loyal fans, confirming his status as a teen heartthrob.

Lucas Till, however, managed to shed this image over the years, and on the other hand, he not only distinguished himself as an experienced actor with an impressive body of work but also as the leading actor in a successful television show, MacGyver. The show, which is a re-launch of a successful television series of the same name from 1985, has managed to introduce Lucas Till to a more mature audience that is very different from his original fan base.

Biography – Who Is Lucas Till?

Lucas Daniel Till was born on August 10, 1990, in Fort Hood, Texas. Lucas’s mother, Dana, was a chemist, while his father, Mark, was a Lieutenant Colonel in the United States Army. Although he was born in Texas, Lucas spent most of his childhood in Atlanta, Georgia, where he lived until he moved to Los Angeles to continue his acting career.

While still in Atlanta, the actor attended Kell High School, a public high school in the Cobb County school district of Georgia. Lucas was still a high school student when he booked the role of Travis Brody in Hannah Montana: The Movie. After he finished shooting the film, Lucas returned to school where he graduated with the class of 2008.

After graduating, like so many other professional actors, he moved to Los Angeles to fulfill his dream.

Lucas Till had the luck to discover his acting talent at a young age. He was encouraged by his parents, who then enrolled him in a local acting class where he was discovered.

When he was ten years old, he began appearing in commercials and print ads before he switched to the speaking role at the age of twelve. The young actor made his feature film debut in 2004 when he played Jay Graves in Lightning Bug. His first major role, however, was not until the following year in Walk The Line, where he played Jack Cash, the older brother Johnny Cash (one of the best-selling musicians of all time) who died in an accident.

In 2009, Lucas Till achieved fame with his roles in Hannah Montana: The Movie and the music video of Taylor Swift, You Belong With Me. The following year he appeared opposite Jackie Chan in the action-comedy The Spy Next Door, in which he played a Russian spy.

Lucas Till also appeared in House, Leo’s Little Big Show, Dance Of The Dead, Monster Trucks, Stoker, and All Superheroes Must Die. One of his most notable roles is that of superhero Havoc from the X-Men franchise. The actor played in X-Men: First Class, Days of Future Past, and Apocalypse.

In 2016, he began playing the title character in the MacGyver television series, which has since become his most prominent role to date. His character is an agent in a secret American government organization – the Phoenix Foundation, disguised as a think tank.

Thanks to his chemistry with Miley Cyrus in Hannah Montana: The Movie and Taylor Swift in You Belong With Me, many people speculated that the actor had a relationship with the superstars. Unfortunately, this could not be far from the truth.

In 2009, when the movie and music video came out, Miley had a relationship with Justin Gaston that began in 2008 and ended in 2009. Shortly thereafter, she began dating Liam Hemsworth, with whom she is currently engaged. In the same year, Taylor Swift was in a relationship with Taylor Lautner that ended shortly after the MTV Video Music Awards, after which she began dating John Mayer.

In other words, the only relationship Lucas Till had with Miley Cyrus and Taylor Swift was purely professional.

ALSO READ: RuPaul Biography, Wife or Husband, Net Worth, How Old is He, Is He Gay?

Currently, Lucas Till is single and has no girlfriend. His last significant relationship was with Carlson Young. The two were together for 11 months from August 2012 to July 2013 before they separated. Carlson is an American actress, best known for her roles in Scream, As The Bell Rings, and Key & Peele.

Before Carlson, Lucas Till also dated Kayslee Collin – an American model – for two years, from 2010 to 2012. There were also rumors that he briefly dated Debby Ryan in 2010, but this was never confirmed.

Since then, the actor has kept a low profile in his private life.