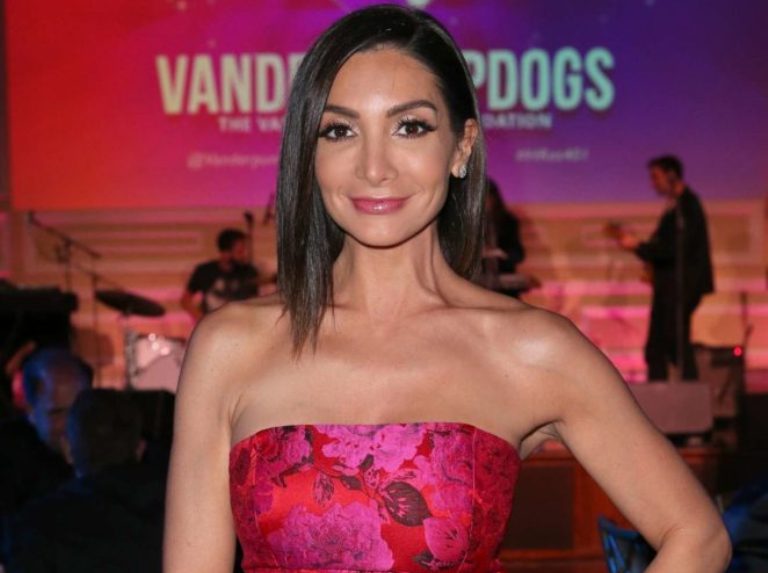 Courtney Mazza is a professional theater actress, dancer, singer, producer, and philanthropist. She is a loving and devoted wife and a very caring mother. Mazza is a perfect example of a woman who knows what she wants and makes a detailed plan to achieve her goals. She is a woman with a beautiful heart, a woman who is always ready to help others with what she has. Courtney is a very private person who doesn’t reveal that much about herself, but the following paragraphs contain some interesting facts about her life and career.

Courtney was born on the 13th day of October 1982 in Pennsylvania, USA. Very little information is known about her parents, siblings and the type of family she grew up in, as she is very secretive about the details of her upbringing. Courtney wanted to become a theater actress and actress very early in her life and therefore began her training at the Pittsburg Creative and Performing Arts School in her home state of Pennsylvania. She then continued her studies at the University of Arts, Philadelphia, and graduated in 2003.

Courtney Mazza began acting on stage at the tender age of 6. She joined the Pittsburgh Civic Light Opera and performed with the group in several plays at various theaters. She used the entire summer to search for roles and work on those she deserved. Mazza did many musical shows, commercial and advertising jobs in Pittsburgh. In this early phase of her life, she also received membership in the Screen Actors Guild – American Federation of Television and Radio Artists (SAG-AFTRA).

After securing membership in the SAG-AFTRA, she then joined the highly respected Civic Light Opera Mini-Stars (a prestigious children’s group). She performed with this group for the next decade. During her middle school years, she participated in a program designed to help children develop a high level of self-esteem and literacy through the medium of music.

It was around this time that she appeared as a guest soloist with the Pittsburg Symphony Orchestra, conducted by Marvin Hamlisch; her voice was so beautiful even at this very tender age. In high school, Courtney Mazza continued to demonstrate her theatrical skills and performed in several school plays. Her impressive role in three of these plays earned her nominations for awards. At the Gene Kelly Awards, she was the only actress to receive the Best Actress Award for outstanding achievement in high school musical theater. She won this award on two different occasions.

Courtney Mazza is more popularly known as Courtney Lopez, the wife of Hollywood actor Mario Lopez. She worked in the Broadway show “A Chorus Line”, in which Mario Lopez also appeared. The show served as their meeting place, they both liked each other and started going out together sometime in 2008. In 2010, while they were still together, Mario became pregnant and they had their first child, a daughter, Gia Francesca Lopez, on September 11, 2010.

About a year later she got engaged to Mario Lopez, an engagement that was to last about 11 months. On December 1, 2012, after four years together, they finally tied the wedding knot in Mexico. Their second child, a son Dominic Lopez, was born on September 9, 2013. In April 2019 the couple was expecting their third child.

Courtney Mazza and her husband Mario Lopez did well to maintain a scandal-free relationship, as there has been no news of infidelity from either party.

Courtney Mazza is a very beautiful woman. She is 168 cm (5 feet and 6 inches) tall and weighs 51 kg (112 lb). She has black hair and dark brown eyes. Mazza was persuaded by her then-boyfriend Mario to undergo plastic surgery (liposuction) and get a personal trainer just to get in shape. Mario is obsessed with his looks and physique and expects his girlfriend to look perfect too.

Courtney and her husband are both devoted to philanthropy. They have reportedly asked friends who attended their wedding not to give them gifts but to donate to charities that support them.