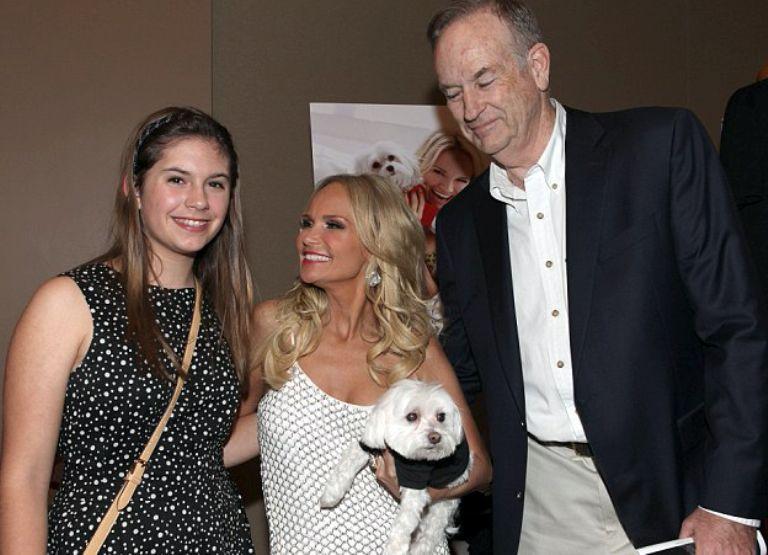 Recently there has been a litany of dramas, both professional and personal, that have overwhelmed the life of popular television presenter and reporter Bill O’Reilly. For this reason, much light has shone not only on him but also on his entire family, who have been through a turbulent time. While much is known about the former Fox News Channel man and his wife, Maureen E. McPhilmy, not much is known about his daughter, Madeline O’Reilly, although she has been in the news a bit. Here is everything there is to know about her.

Madeline O’Reilly was born in the United States in 1996 as the first daughter of Bill O’Reilly and Maureen E. McPhilmy. For the next seven years, she remained the couple’s only child. In 2003, however, she had a brother, Spenser O’Reilley, who was also born of her parents.

Everything seemed to be normal with her family until 2010 when her parents’ marriage began to fail. The marriage ended in an unpleasant divorce, filled with hatred, accusations, and counter-accusations.

Reports indicated that her father accused her mother of being an adulteress, although he did not specify whether he had ever caught her cheating on him. In addition, the TV host told his daughter that her mother was an adulteress even before the divorce.

Madeline O’Reilly later revealed to the court, when the divorce proceedings between her parents were underway, that she saw her father pull her mother down by her hair. She also revealed that whenever her father got angry, he would leave the house angrily and bang on trees.

1. Madeline was born two years after her parents got married

In 1992, Bill, whose career as a reporter had already taken off, met a PR executive named Maureen E. McPhilmy. The two met for the next two years before marrying in 1996 in New York at the St. Brigid Parish of Westbury. Two years later their union produced a daughter, Madeline O’Reilly.

2. She was raised in the Catholic faith

Madeline grew up in a fairly committed Catholic family where both parents practiced the faith. After the very messy divorce of her parents, her father Bill turned to the Catholic Church with the request to forbid his ex-wife to receive Holy Communion. His reason was that she was a divorced woman who had remarried. More than that, he claimed that she told the children that what she was doing was all good in the eyes of God. However, the church only rebuked her in writing.

3. She considers her father as an absentee dad

In a court transcript published by various media, it was stated that Madeline O’Reilly described her father as an absent father, which was quite ironic for many people, as Bill had always criticized failed parenthood in the black community on his TV show.

Nothing is known about her net worth, not even about what she does for a living. What is known, however, is that Bill O’Reilly has a net worth estimated at $85 million. Bill, once called the king of Cable News, has lost a lot of money over the years through the many lawsuits he has had to deal with, including the sexual harassment case.