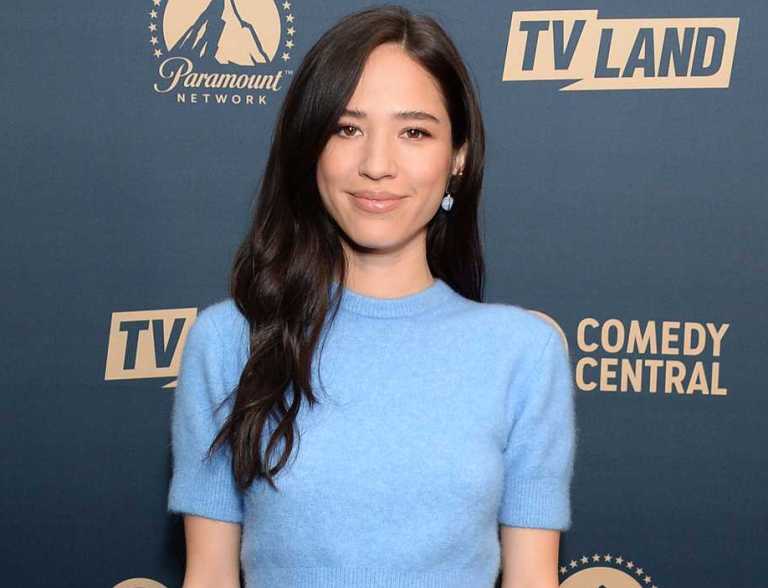 It is impossible to talk about the most promising stars in Hollywood today without paying tribute to the young and beautiful actress Kelsey Asbille Chow, popularly known as Kelsey Chow by fans. She is best known for her role as Mikayla in the Disney XD sitcom entitled Pair of Kings. The young star’s extraordinary characters in TV shows and movies have made her a household name and earned her amazing popularity, especially in social media. With her overwhelming performances, she has turned all critics into enthusiastic fans. Despite her young age, Kelsey has the potential to become one of the best actresses in the near future.

The young actress Kelsey Chow was born as Kelsey Asbille Chow on September 9, 1991, as the daughter of a Chinese father Jim Chow, and an English mother Jean Chow. Kelsey was born in Columbia, South Carolina, in the USA and is an American national with a mixed ethnic composition of Cherokee, English, and Chinese. She has two younger siblings, a brother and a sister, the brother being two years younger, and the sister eight years younger. Kelsey, whose birthmark is Virgo, was raised in Colombia with her two younger siblings.

The promising star’s educational background can be traced back to Hammond School in Colombia, where she attended high school and later went to Columbia University to earn a bachelor’s degree. She lives in Los Angeles but currently lives in New York City so she can attend lectures at Columbia University. Kelsey once expressed a desire to be fluent in Mandarin Chinese and to be able to read and interpret traditional Chinese letters and characters.

The actress began working in the community theater, and her performance there led her to get roles in both movies and television shows. Her acting career officially began with the popular television show One Tree Hill, where she was portrayed as Gigi Silveri from 2005 to 2009 – she appeared on the show from the age of 13. After her role in the series, she was noticed by Disney and subsequently, she appeared in several shows on the Disney Channel, e.g. in The Suite Life of Jack, she played the role of Makayla in Pair of Kings, which was a big turning point in her career.

In 2012 she had a short appearance in the popular movie Amazing Spider-Man. Later she played the role of Emily Baltimore in the movie Run and in 2015 she had an appearance in The Goldbergs. She also appeared in the music video Girls Like Girls by Hayley Kiyoko and played a role in Teen Wolf, a popular television series.

Who Is Her Boyfriend?

As expected, the young actress has had romantic relationships in the past. Records show that her name was linked to that of actor Hutch Dano in 2009. Kelsey and Hutch worked together on the television show Den Brother, and their affair must have started there, although it was not made public. Two years later, in 2011, the name of the young star was linked to another actor, Ethan Peck. According to the records, the couple officially started dating in November 2011, but unfortunately, the relationship did not last long and they separated after a short time.

By all indications, Kelsey Chow didn’t let the grass grow under her feet because in 2012, barely a year after she broke up with her former boyfriend, Kelsey Chow started dating another actor, William Moseley. Their relationship is almost five years old and still continues. The prominent couple seems to be very much in love, but there is no information yet on how to take things to another level. The fans simply love them as a couple and are very expectant and hope not to be disappointed.

Height, How Tall Is Kelsey Chow?

The body of the beautiful star can only be described as perfect and her shape as attractive. Her figure and her wonderful personality give her a really attractive appearance. Her body stats can be summarized as 32-23-32 inches, which is an amazing combination. She stands at an attractive height of 5 feet 7 inches, which is cool for a lady. Her weight, which corresponds to her height, is 114lbs.

In addition to her perfect body and beautiful face, Kelsey Chow has a pair of shapely legs that always look hot in a bikini. She wears a bra size of 32A and a shoe size of 8 US. The color of her hair is dark brown, while her eyes are brown.