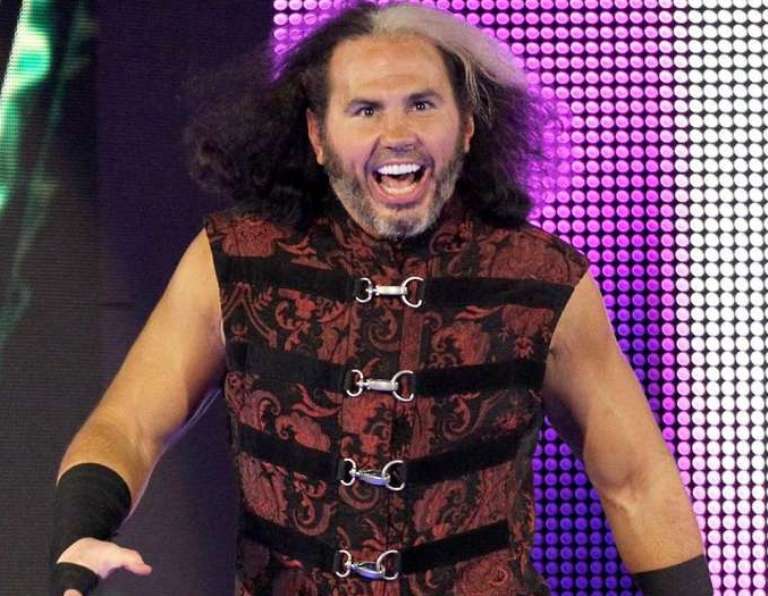 Matt Hardy, after his return to the WWE (after a seven-year break), has taken on another persona, which he calls “Broken Matt Hardy”. There are questions about him that his fans are eager to find answers to. Are you one of them? Most of the answers you are looking for can be found in this article…read more!

Age and Early Life – Who Is Broken Matt Hardy?

Broken Matt Hardy, born Matthew Moore Hardy on September 23, 1974, was born in Cameron, North Carolina. The American wrestler is the child of Gilbert Hardy and Ruby Moore. His mother, Ruby Moore, died when he was only twelve years old when she was killed by brain cancer in 1986.

Hardy has a sibling, a younger brother, Jeff Hardy, who is also a wrestler and was raised together by their father, Gilbert. Although he turned out to be a renowned wrestler with the World Wrestling Entertainment (WWE) – formerly World Wrestling Federation (WWF) – Hardy’s first love was baseball. He started with the sport as a child and continued to play it in high school. He also played football, with his two best positions being linebacker and defensive.

Broken Matt Hardy attended Union Pines High School in North Carolina and had his head for the books. His brilliant performance at school earned him a nomination for the Morehead Award, an award that comes with a scholarship package to any college or university in North Carolina. After graduating high school, Broken Matt Hardy went to the University of North Carolina in Charlotte to study engineering. However, he did not graduate because he had to return home after the first year of college to care for his younger brother Jeff and his sick father. He later attended Sandhills Community College in Pinehurst, where he earned an Associate degree.

ALSO READ: Who is Jennifer Nettles Husband, What is Her Net Worth, Age, Height

Matt Hardy began his wrestling career when he and his younger brother Jeff Hardy recorded himself and some wrestling skills under the name “High Voltage” and then sent the tape to the World Championship Wrestling (WCW). He (and his brother Jeff Nero) worked for the WWF (as he was then called) as a jobber in 1994 when he was 19 and his brother 16 years old.

In 1998 they were given a full-time contract, which earned them the name “The Hardy Boyz”. With their high-flying stunts, in which they jump from very high altitudes to finish off their opponents, they became seven-time WWE Tag Team Champions. They also enjoyed success as solo fighters when Matt Hardy won the US title and the Extreme Championship Wrestling (ECW) title, while Jeff won both the WWE and heavyweight world championship titles.

Hardy left the WWE in 2010 after his brother Jeff had left the WWE the year before. He worked with Total Nonstop Action (TNA), the International Wrestling Cartel (IWC), the Allied Powers Wrestling Federation (APWF), Big Time Wrestling (BTW), and the Organization of Modern Extreme Grappling Arts (OMEGA), which he founded with Jeff. He returned to the WWE in 2017 and is currently still there.

It’s not just pure luck that a wrestler remains relevant to the industry for 30 years, but Broken Matt Hardy has managed to achieve such an achievement. He has done this by reinventing himself from time to time with various gimmicks and also with the strategic use of social media.

As far as his net worth is concerned, it is still unclear how much is actually involved at the moment. Hardy claimed in a tweet on August 8, 2013, that he had a net worth of $20 million, which his fans thought was exaggerated. Currently, his net worth is estimated at around $10 million, as the exact figure is not known.

It is no longer news that the Hardy brothers have returned to the WWE, but before they did, they reinvented themselves. Now they’re called The Broken Hardys. During the wrestling match against Jeff Hardy in the Impact Wrestling “I Quit” match in April 2016, after they left WWE, Matt Hardy was carried out of the ring on a stretcher, and when he reappeared the following month, he had a different – or rather, a “Broken” – personality. His appearance was changed as he bleached a left part of his front hair blonde. His style of speaking and dressing also changed.

Family – His Wife and Kids

Broken Matt Hardy is a married man, he has a wife and two children – all boys. A chronology of his dating life reveals his admiration for women in his profession. Hardy’s first known relationship was his affair with WWE diva Amy “Lita” Dumas. They started dating in 1999 after they had met a few months earlier (in January) at an NWA Mid-Atlantic show.

He met his wife, Rebecca Reyes aka Reby Sky, and started dating her in February 2011. They married two years later, on 5 October 2013, and welcomed their first son, Maxel Hardy, on 23 June 2015, while their second son, Wolfgang Xander Hardy, arrived on 8 June 2017.

Who Is Reby Sky?

Reby Sky is the wife of Broken Matt Hardy, born in Queens, New York City. Her birth name is Rebecca Victoria Reyes-Hardy and her date of birth is August 6, 1986. Reby is not only a professional wrestler but also a television personality, a model, a dancer, and an actress. She was signed under the wrestling brand Total Nonstop Action (TNA) and performed for them from 2014 to 2017. She has a Puerto Rican heritage and her father was also a wrestling personality.