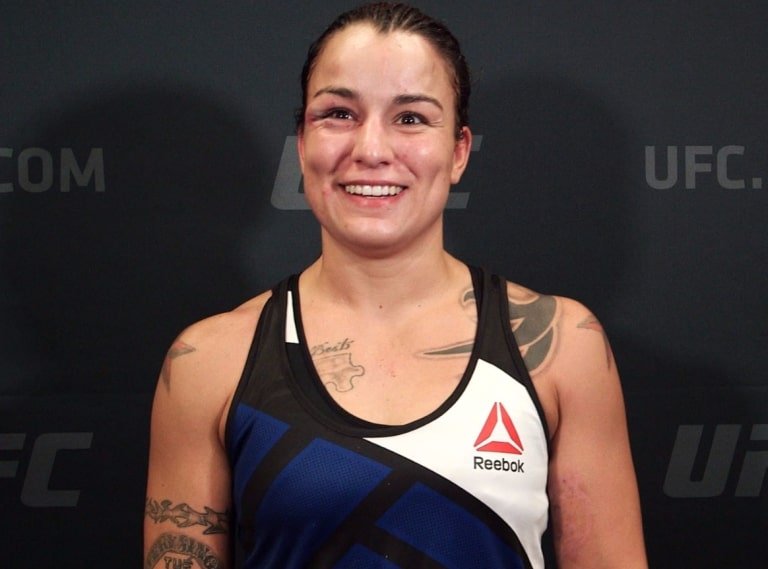 Raquel Pennington is an American UFC fighter who fights in the bantamweight class. She made her professional debut in March 2012 and has had an incredible career. After a break of about a year, she returned in 2018 to fight at UFC 224 in a high-profile match against Amanda Nunes, in which, for the first time in UFC history, two openly gay fighters face each other. Her achievements include The Ultimate Fighter 18 Fight of the Season against Jessamyn Duke and Performance of the Night (One time) against Jéssica Andrade. We guide you through the highlights of her personal life.

There is not much information about Raquel Pennington’s parents available to the public, but her mother’s name is known as Rose Pennington. Pennington has talked at length about how her parents never wanted her to ever box on the grounds that she was too cute. Nevertheless, it remained part of her dreams, which she slowly pursued.

While her parents forbade her to box, she was allowed to practice other sports, and so Pennington grew up playing basketball, softball, volleyball, and cross-country running. But she could not let go of her love for boxing. As a teenager, Pennington had a girlfriend whose father was a professional boxer, and every time she visited her, she took some time to box on the punching bag that her girlfriend’s father had hung in the basement.

Initially, without her parents’ knowledge, Raquel Pennington nurtured her passion for the sport by signing up for a kickboxing class at a local gym. Eventually, her parents found out and soon began supporting her dreams of becoming a professional athlete.

When she was called up for “The Ultimate Fighter 18” in 2013, it was her mother who drove her all night from Colorado Springs to Las Vegas to make it in time for the show.

Raquel Pennington is one of the many openly gay women fighting in the UFC. Since 2016 she has been in a relationship with her UFC colleague Tecia Torres, who fights in the strawweight class. Pennington met her in her early days as a Pro-MMA fighter at the Invicta Fighting Championships. They were friends for a while, a time when they developed a mutual attraction for each other. In 2016, the couple decided to officially start dating.

Pennington’s partner, also known as the “Tiny Tornado”, is of Puerto Rican descent and was born August 16, 1989, in Fall River, Massachusetts.

She began pursuing her passion for martial arts at the age of 3, starting with Taekwondo. At the age of 15, Torres earned her black belt in Taekwondo after 12 years of Taekwondo. Like most Taekwondo fighters, Pennington’s partner practiced Muay Thai. Torres has both the black belt in Karate and the blue belt in Brazilian Jiu-Jitsu.

She had an amazing amateur career, became 4-time World Champion in Kickboxing and 3-time MMA Amateur Champion. She ended her amateur career in 1st place after becoming a professional in 2014, two years after Pennington had also become a professional.

Torres is not only a woman with physical strength but also with intellectual power. At the age of 20, in 2010, she earned a Bachelor of Arts degree with a focus on criminal justice and sociology from Florida Atlantic University. While she was flying high at UFC, Torres did not ignore her education when she returned to school to pursue a master’s degree in criminology, which she completed in 2017.

With her degree in criminology, Torres hopes to be able to work in law enforcement when her UFC career is over.

Pennington suggested Torres apply in 2017 and she said yes, after which they went to their respective Instagram accounts to share the news. They live together in Colorado, Pennington’s hometown.

Pennington is more than just a lover of Torres as she is actively involved in her fighting career as a trainer. The two train together at the Triple Threat Gym in Colorado Springs, Colorado. They have revealed to the media that they have a healthy competitive fire and inspire each other. Each of them fights in different weight classes, so the probability that they will ever fight each other is less than zero.

Raquel Pennington aka Rocky stands at a height of 5 feet 11 inches (1.7 m) according to her official profile on the UFC website. She weighs 61 kg (135 lb).