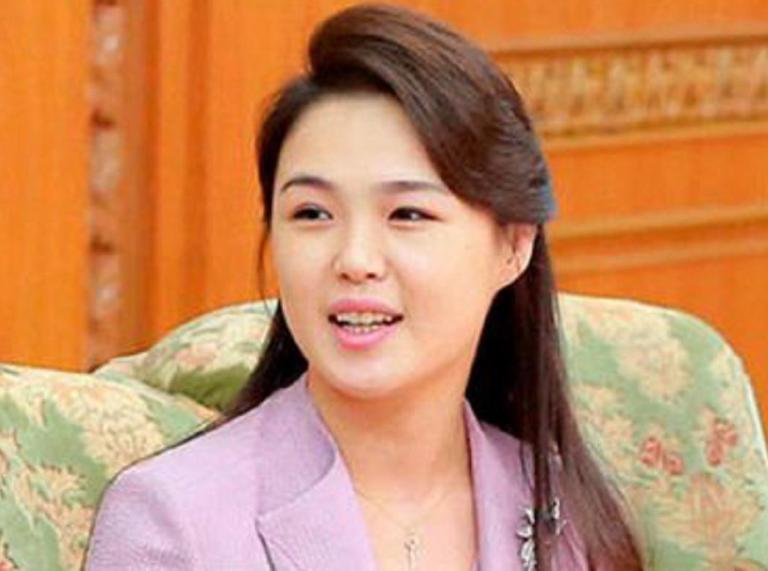 The public perception is that almost every information coming out of the Korean North about its government is either a half-truth or a complete lie. The rest is shrouded in secrecy. The same applies to all available information about the wife of North Korean leader Ri Sol-Ju.

For a long time, many sources outside North Korea have been trying to obtain information about the mysterious first woman. In fact, much of the available information comes from foreign media and not from official North Korean sources.

The only time Ri Sol-Ju was seen in public was next to her husband. It is not known if she plays a direct or indirect role in the administration of Kim Jong-un.

Information about the wife of the Supreme Leader has been successfully kept under wraps since her relationship with the administration was made public. About her life before her marriage to Kim Jong-un, almost nothing can be verified.

ALSO READ: Laia Manzanares Wiki, Family Life, and Other Facts You Must Know About Her

Even the age of Ri is doubtful, as her date of birth is supposed to be between 1985 and 1989. Her father is supposed to be a professor, and her mother is supposed to run a gynecological ward. She is said to have received her secondary education at Geumsung 2 Middle School in Pyongyang, after which she moved to China to study vocal music as her main subject. The First Lady is also reportedly related to a close advisor of her husband, a former Air Force General, Ri Pyong-Chol.

She was once falsely identified as a singer in the North Korean music group Unhasu Orchestra. Commentators have said that North Korean officials are making every effort to remove any trace of Sol-Ju’s past as an entertainer by confiscating all possible recordings of her performances. Ri is also said to be studying for a Ph.D. in natural sciences at Kim Il Sung University.

Further reports from her past include that she was also a cheerleader in 2005 and was on the cheerleading team at the Asian Athletics Championships in South Korea that same year.

Although Sol-Ju and Kim Jong-Un may have married several years earlier, Sol-ju made her first public appearance in 2012. She stood next to Kim Jong-un. This led to speculation in the media and among the population about her identity. Secret service officials from South Korea falsely identified her as the North Korean singer Hyon Song-Wol, who was a former member of a popular North Korean vocal group Electronic Ensemble. In July 2012, North Korean state media released a statement in which the mystery woman was officially identified as Comrade Ri Sol-Ju, the wife of the North Korean leader.

That same month, Sol-ju received some muted criticism for the way she appeared in public. At an elite gala concert, she wore a black suit inspired by Chanel. This was seen as unconventional and against the traditional dress code of a North Korean woman.

As for Ri’s personality, the best available information comes from Kenji Fujimoto, the former personal sushi chef of North Korea’s former leader Kim Jong-Il. Fujimoto describes her as very calm and charming. According to reports he is said to have given her a handbag from Christian Dior.

1. She disappeared from the public after 2014

Until 2014, Ri Sol-ju performed her duties and appeared through her husband at galas, conferences, and other public events, all of which was covered by the North Korean media. From 2015, however, she occasionally went for long periods of time without being seen. This trend continued in 2016 and 2017. On March 28, 2018, it was seen again on video. Apparently, she accompanied her husband to China, where they met Chinese President Xi and his wife Peng Liyuan.

2. Her official title was changed to reflect her growing status

About a month after the first couple visited China, Sol-Ju’s title was changed from “Comrade” to “Respected First Lady. It is not known what caused the change, but it is known that it was good for her image. The title had not been used since 1974 when it was given to Kim Song-ae, the second wife of former North Korean leader Kim Il-Sung.

3. Ri Sol-Ju has an elegant sense of style

Her first outing as a “Respected First Lady” took place on April 27, 2018, when she and her husband participated in the 2018 inter-Korean summit together with South Korean President Moon Jae-in and his wife Kim Jung-Sook.

Her outfit on that day was also announced by many domestic and foreign media, many called her a style icon for North Korea. She wore a light coral dress in vintage style with a matching jacket, reminiscent of Jacqueline Kennedy’s outfits in the 1960s.

ALSO READ: Jessica Clements Biography and 5 Fast Facts You Need To Know About Her

4. Ri Sol-ju may not be her real name

So great are the doubts and uncertainty surrounding the information about the First Lady; some analysts believe that her name is a pseudonym. Other speculations from various sources keep surfacing, none of which have been confirmed by official North Korean channels.

5. It’s rumored she has three children with Kim Jong-Un

There are rumors that Ri Sol-ju gave birth to three children, all of whom came between 2010 and 2017. The first speculation was about a son born in 2010. In December 2012, rumors spread that the First Lady was seen in public and that she was very pregnant.

Although North Korean officials kept quiet about the situation, the story gained more credibility when former NBA star Dennis Rodman visited the first family in March 2013. Upon his return, he leaked it to British tabloid The Sun that Sol-ju had given birth to a healthy daughter. The former basketball player confirmed this in an interview with The Guardian, in which he said the child’s name was Ju-ae. He continued that the North Korean leader was a good father and had a beautiful family.

South Korean intelligence sources again reported in February 2017 that the North Korean first lady gave birth to her third child. They admitted that the gender of the child was unknown.