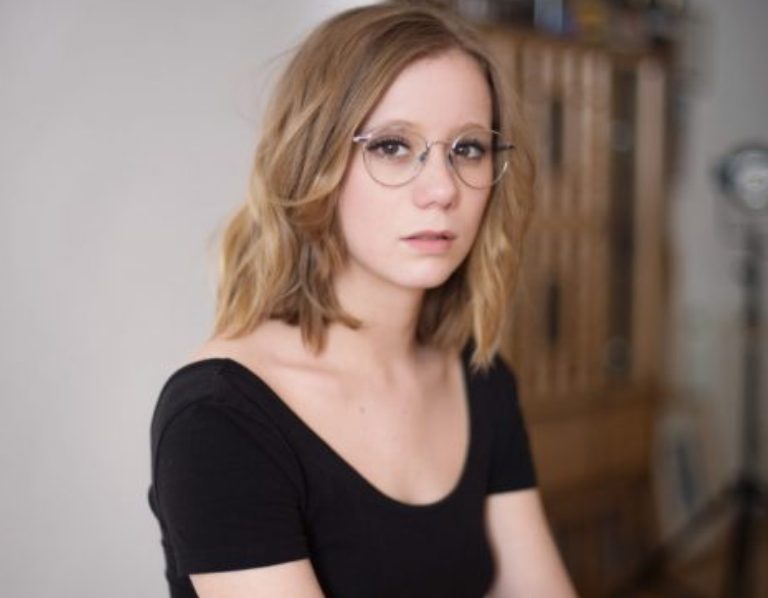 Laia Manzanares is a Spanish actress who became famous through films like Meril (2015), Proyecto (2017), and Sostre (2018). She is also the sexy girl in the video by Tame Impala.

Laia Manzanares comes from Barcelona, Spain. She was born on 30 March 1994 in Barcelona. Laia grew up in her hometown and speaks many languages, including Catalan, Spanish, English, and French.

It is not known which schools the actress attended and what she studied at different times in the different stages of her education. However, as can be deduced from her ability to speak several languages, Laia seems to have been well educated or at least had good contact with other cultures, while at the same time having a knack for learning and understanding new languages.

ALSO READ: Mircea Monroe Bio And 5 Facts You Need To Know About The Model & Actress

Apart from being a talented actress, Laia is also known for her ability to sing and dance, in particular, she is good at showing some hip-hop movements. She was a popular face in the Tame Impala: The Less I Know The Better music video clip, in which she played the role of a cheerleader who was in a relationship with a basketball player but would soon start a relationship with the basketball team’s gorilla mascot. A video of the song was uploaded to the group’s Vevo channel and it got wild.

Laia Manzanares had a television appearance in the series Meril, a Catalan television series about a philosophy teacher who encourages students to think freely. The series had its premiere on 14 September 2015 and ran until 15 January 2018 when its third and final season was broadcast.

Laia played the role of Oksana Casanovas, a new student in the second season of the television series. She was originally from Ukraine and was admired by the girls in her school as much as the boys admired her beauty. Her love interest was in a character named Gerard, who unfortunately had an eye for Monica, another main character in the series. Oksana (Laia) believes that she can assert herself and get him to get over the girl. She is committed to this task because she shows that she likes to get involved with people and likes to show them that she can understand feelings, emotions, sex, and relationships better than many of the other students. In the last chapters of last season, she has been more interested in getting to know her biological mother and her origin from Ukraine. All in all, Laia Manzanares has portrayed the character well, and we hope that this will bring her more film and movie roles.

This beautiful actress is one of those who has not revealed much about her parents, the life of her childhood, and whether she has siblings or not. Be that as it may, there is no reason to provoke her with this, as many celebrities are beginning to find it ideal to keep their family out of the limelight and the gossip of the public. Over time, this has often proven to be beneficial, as it means the celebrity has fewer worries.

Laia does not have a romantic relationship with a man, so we cannot say for sure whether she is with someone or not. However, it is assumed that she is now more focused on her career and the results are encouraging.

Other Facts You Must Know About Her

She likes to swim.

She stands at 5 feet 6 inches in height.

Laia is a Christian of Roman Catholicism.

In 2016 Laia was a candidate for El Gran Dictate.

The star actress once traveled to Japan on vacation.

Her hobbies include gardening and flower arranging, lego building, and leather processing.

Although not much is known about her family members, Laia once posted a photo of herself and her father on Instagram to celebrate her birthday in March 2017.

She has many fans from Brazil because an @faelcolt on her Instagram once wrote: “You have to create a Facebook page… You have Brazilian fans because the less I know, the better.