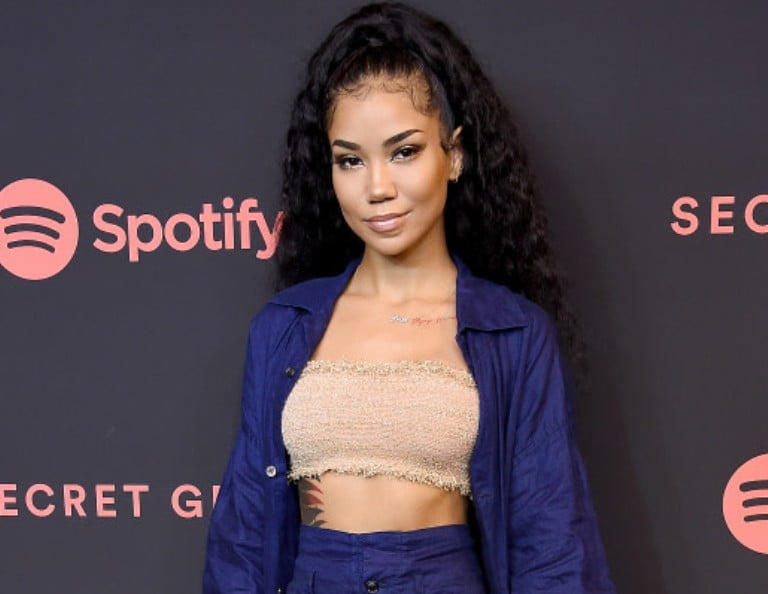 Music is food for the soul, and the soul is certainly overjoyed when it is fed nourishingly, with sumptuous meals served from a velvety, high tone, with related lyrics and soothing delivery supported by dreamy tracks. She would undoubtedly crave for more of this while she lives. This is how the music that Jhene Aiko writes and sings is defined. They are not only as beautiful as she is, but are performed by an ethereal voice.

Her music is a sweet cocktail of different influences, which explains her specialty. They range from Mariah Carey, Whitney Houston, TLC, Eminem, Kid Cudi, John Mayer, Fiona Apple, Brandy, Indie Arie to the hip-hop icons of the ’90s like Snoop Dogg, Bone Thugs N’ Harmony, and Tupac. Not only was she influenced by a mix of outstanding singers, but Nick Jonas also cited her as his influence when recording his debut album. Let us learn more about her.

Jhené Aiko Efuru Efuru Chilombo was born on March 16, 1988, in Ladera Heights, California, where she grew up among her large family. Let us talk briefly about her name. The name looks like a mouthful when written, but is actually pronounced Juh-nay Ahh-ee-ko. Jhené is a derivation of the Ethiopian name Ghenet, which means paradise or Garden of Eden, while her middle name Aiko in Japanese means little loved one.

If you look for the origins of her nickname, you will wonder where her roots might come from. Jhene Aiko is of mixed ethnic origin, which explains the different names. Her mother is of Japanese, Spanish and Dominican descent, and her father is of African-American, Indian, German and Jewish descent.

She began singing at the age of 12 and contributed vocals to several releases by the R&B boyband B2K, sang in film scores such as The Master of Disguise (2002), Barbershop (2002), You Got Served (2004), and also appeared in music videos, including O’Ryan’s debut video Take It Slow, B2K’s debut video Uh Huh and Why I Love You, and Morgan Smith’s 2004 video Blow Ya Whistle.

Jhene was home-schooled, but also took singing lessons in Culver City, California, although she quit when she got pregnant. She signed with The Ultimate Group, but due to some creative differences with Epic Records, she never got around to releasing her debut album My Name is Jhene. Jhene left the record label to focus on and complete her education but would return to music in 2007.

In March 2011 she released a mixtape called Sailing Souls, which featured a number of first-class collaborations with Kanye West, Miguel, and Drake. Following the mixtape, she released her full debut EP entitled Sail Out in November 2013. Like its predecessor, the EP had high-profile collaborations with Childish Gambino for Bed Peace and Kendrick Lamar and debuted at number eight on the US Billboard 200 charts, selling 34,000 copies in the first week.

She is under contract with the American record label ARTium of record producer No I.D. and is distributed by Def Jam Recordings. Jhene released her debut album Souled Out on September 8, 2014, and her second album Trip in September 2017 and certainly shows no signs of slowing down.

She is a musically inclined family, even though her parents may not be in the arena, her siblings are very dedicated. Her musical destiny was probably etched in the stars before she was born, and she would live to fulfill it. The trip singer was born as the daughter of pediatrician Karamo Chilombo (real name: Greg Barnes) and Christina Yamamoto among four older siblings. Her parents later divorced and her father remarried, which led to an increase in the number of her parents. Three half-siblings joined her.

Her full siblings include two sisters Miyoko Aminah-Khalil (born March 30, 1981), Jamila Akiko Aba (Mila J born November 18, 1982), and two brothers Jahi (born 1984) and Miyagi Hasani Ayo (born July 7, 1986), while her half-siblings are Marcia, Dio, and Kareena. She is close to her family and describes her members as close friends, with her brother Miyagi occupying a special place in her heart. Before his death, she recorded a song for him called “For My Brother”, which was only meant for his listening pleasure. He could hear the song just before he died of cancer on July 19, 2012, at the age of 26.

Jhene’s sisters Miyoko and Jamila were part of the R&B group Gyrl in the ’90s, with Jamila embarking on a solo career as a rapper and singer Mila J. It was not out of the blues when her younger sister followed in her footsteps.

Is She Married? – Husband and Daughter

Jhene was married only once in her life, although she had a list of relationships. She was married from 2014 until her divorce in 2017 to record producer and sound engineer Oladipo Omishore, who is professionally known as Dot da Genius.

ALSO READ: What Happened To The Old Man On Pawn Stars (Richard Benjamin Harrison), How Did He Die?

Before her marriage, she was from 2005 to 2008 together with R&B singer O’Ryan, the younger brother of Omarion, with whom she had a daughter namiko Love Browner on November 19, 2008. Namiko means the child of the wave. Her daughter is already on stage with her mother on musical adventures. The duo played the title Sing to Me from Jhene’s second album on VH1’s third annual VH1 album Dear Mama: A Love Letter to Moms in May 2018.

Jhene is currently dating rapper Big Sean, with whom she was friends during her marriage. The two worked together on his single Beware featuring Lil Wayne in 2013 and on a joint album Twenty88 in 2016. Since 2016, they have been dating each other and look like a super couple every inch of the way.