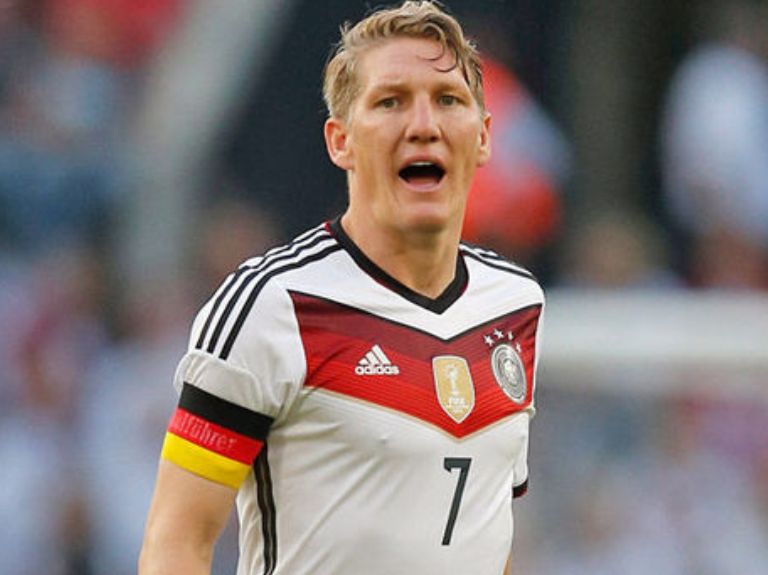 Bastian Schweinsteiger is considered one of the most successful athletes from his home country Germany. The talented soccer player had the longest and most successful time of his career with the top German club Bayern Munich. In his 17-year club history, he won several trophies, including 8 Bundesliga and one UEFA Champions League title.

In 2015 he moved to the English football club Manchester United, where he played sparingly for a year and a half. In early 2017, the football star finally moved to the Major League Soccer club Chicago Fire. On an international level, Schweinsteiger played for the German national team between 2004 and 2016. Among other highlights of his international career, he was a member of the country’s winning team that won the 2014 FIFA World Cup.

Bastian Schweinsteiger was born on August 1, 1984, in Kolbermoor, West Germany. As an adolescent he showed exceptional talent in both skiing and soccer, so he considered becoming a professional in one of these two fields. He started his amateur football career at the age of 6 with FV Oberaudorf and later moved to TSV 1860 Rosenheim, where he played six seasons.

Schweinsteiger took the most remarkable step in his career when he joined Bayern Munich as a player in the youth team in 1998. He quickly worked his way through the club’s youth team, whose highlight was winning the German Youth Championship in July 2002. This earned him a promotion to the club’s first team, and in November 2002 he made his debut as a substitute in a UEFA Champions League match against RC Lens. In just a few minutes of play, the talented player managed to give his teammate Markus Feulner a goalscoring chance. As expected, he signed a professional contract with Bayern in December 2002, which marked the beginning of one of the most decorated professional football careers in recent times.

Schweinsteiger played exactly 500 games with 68 goals in all competitions during his 17 seasons with Bayern Munich. During his highly successful time with Bayern Munich, he won some of the most coveted trophies in club football, including 8 Bundesliga titles, 7 DFB Cup titles, 1 UEFA Champions League title (2012-13), 1 FIFA Club World Cup title (2013), and 1 UEFA Super Cup title (2013). He was also named German Footballer of the Year in 2013.

On July 13, 2015, Bastian Schweinsteiger changed to the English Premier League club Manchester United under a 3-year contract. He made history as the first German to play in the club’s first team. Among other highlights of his short time with United, he was part of the team that won the FA Cup in 2016. In March 2017, the soccer veteran made an intercontinental move to America’s Major League Soccer club Chicago Fire.

As in his club soccer career, Bastian Schweinsteiger also had a brilliant career as a member of the German national team from 2004 to 2016. He played for the country in 4 European Championships (2004, 2008, 2012 & 2016) and 3 World Cups (2006, 2010 & 2014). For obvious reasons, the highlight of his international career was winning the 2014 FIFA World Cup with Germany. After the resignation of Philip Lahm in September 2014 he was appointed captain of the team. In his 12-year career as a German international, Bastian earned a total of 121 international matches and scored 24 goals. On August 31, 2016, he finally retired from international football.

Bastian Schweinsteiger forms one half of a celebrity couple since he is married to another sports star. He is currently married to a retired professional tennis player and former world number one Ana Ivanovic.

The duo met in September 2014, and after two years together, they entered into a marriage on July 12, 2016. The intimate ceremony took place in Venice, Italy. The beautiful couple welcomed their first child, a son named Luka, on March 17, 2018.

After Schweinsteiger’s multimillion-dollar move to Chicago Fire in spring 2017, he became one of the highest-paid players in Major League Soccer. The German-born soccer star is certainly no stranger to the top earners ranking, as he received even higher salaries during his time in Europe. His net worth amount to an astonishing $80 million. As expected, the greater part of this sum comes from his career earnings and several lucrative sponsorship contracts.