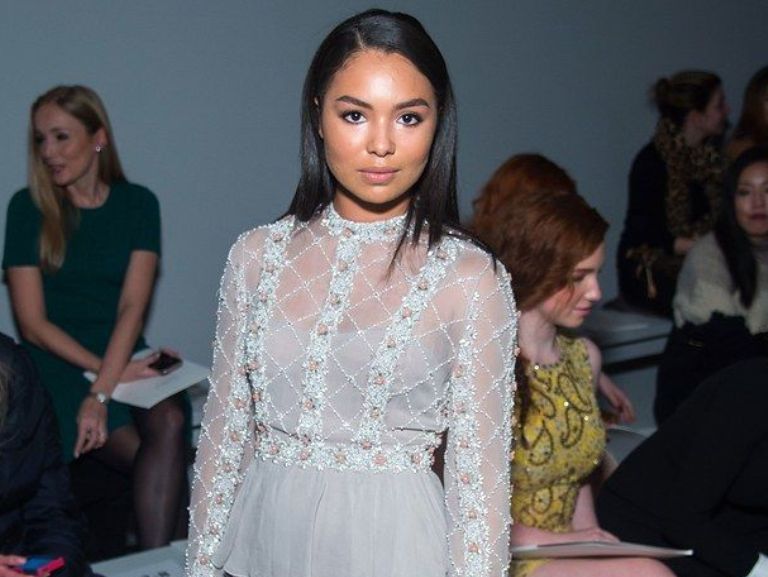 How familiar are you with the Welsh actress – Jessica Sula? First of all, she became famous through her role as Grace Blood in the British television series Skins, which depicts the life of a group of teenagers in Bristol, South West England. The same series was responsible for the careers of several British celebrities, including Nicholas Hoult, Kaya Scodelario, Jack O’Connell, Luke Pasqualino, Dev Patel, Joe Dempsie, and Hannah Murray.

The actress is also known as one of the characters in Split, a critically acclaimed and commercially successful film directed by M. Night Shyamalan. Split, which grossed $278.5 million on a budget of $9 million, is a 2016 American psychological horror-thriller movie starring James McAvoy, Anya Taylor-Joy, and Betty Buckley.

It can be said with absolute certainty that Jessica Sula’s career got off to a great start.

The actress was born on 3 May 1994 in Swansea, a coastal town in Wales. Her father, Steven Sula, is of German and Estonian descent, while her Trinidadian mother, Shurla Blades, is of Chinese and Afro-Hispanic descent. What an interesting cultural heritage the actress has.

She grew up in Gorseinon before continuing her acting career. She attended Gorseinon College, where she graduated in French, acting, and Spanish.

5 Facts You Must Know About Her

Jessica Sula, who was born on May 3rd, shares her birthday with many other celebrities from around the world, including Christina Hendricks, James Brown, Rebecca Hall, Genevieve Nnaji, Dulé Hill, Damon Dash, Noah Munck, Bobby Cannavale, and Eric Church.

When she auditioned for Skins, she thought that she wouldn’t make it because she had been rather timid in the group scene where the producers had asked her to perform. However, her shyness impressed the producers so much that they cast her as Grace in the show. Grace was the daughter of the director of Roundview College, David Blood. She was known for being calm, idealistic, resourceful, lovable, level-headed, and sometimes naive.

Jessica can probably tell many stories about her time on Skins; however, one of the more popular stories is about the time she was almost arrested by real police officers when she filmed a shoplifting scene in Bristol’s shopping center for the show. The production team had to intervene to prevent her arrest.

Not much is known about her private life as she has gone to great lengths to ensure that the details remain private. However, this does not prevent people from speculating about her sexuality.

Basically (until she speaks up to claim otherwise), Jessica is assumed to be heterosexual. Although there are rumors about her possible friends, she has never confirmed any of the speculative relationships – she has chosen to keep her private life out of the tabloids and gossip magazines.

She was the star of the freeform TV series Recovery Road, which also featured her Skins co-star Sebastian de Souza. The series followed Maddie (played by Jessica Sula), a teenage drug user and party girl who sees no problem with her lifestyle. When confronted with this by her school counselor, she has to decide whether to be expelled from school or go to rehab. Maddie decides to go to rehab and has to move to a sober residential facility to get help. In this facility, she lives with other recovering addicts with whom she makes friends despite the difficulties they face during their recovery.

Recovery Road is based on Blake Nelson’s novel of the same name for young adults. Unfortunately, it was discontinued after one season.

Jessica was cast in the role of violinist Louise Hobbs, who is interested in one of the main characters in Godless. Another former Skins graduate, Jack O’Connell, also starred in the film – although Jessica and Jack never shared scenes on Skins (they weren’t even in the same season).

The limited series Godless tells the story of a criminal – Frank Griffin (played by Jeff Daniels) and his gang of outlaws who go on a vendetta against Roy Goode (Jack O’Connell), a former member who betrayed their gang.

Even though Jessica only had limited time on-screen during the show, her performance was definitely impressive.