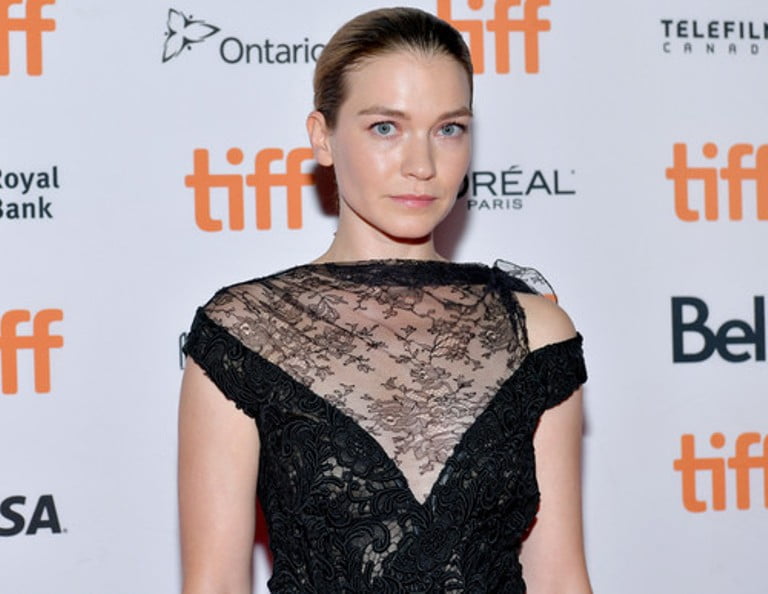 She has more short and indie films on her resume, but in 2017 Hannah Gross made a giant leap after she starred in Hollywood’s most notorious perfectionist David Fincher’s Netflix hit series Mindhunter, which was also to become her first appearance on a small screen when Debbie Whitford was cast in the lead role.

It turns out that there is a lot of false information about Gross online, including one that she had a role in Survivor: Fiji. However, during an interview with W magazine about her role as Mindhunter, Gross set the record straight.

“I grew up in Toronto, despite what my IMDb says. “It appears to be a conflation of three Hannah Grosses. I wasn’t born in Michigan in 1995, and unfortunately, I’m not the one who made Survivor: Fiji,” the actress told the publication.

Hannah, the daughter of Canadian actors Paul Gross and Martha Burns, was born with acting in her blood. However, she decided to pursue this craft professionally only after graduating from high school.

ALSO READ: Jessica Sula Biography and 5 Facts You Must Know About The Actress

To her family belongs a brother named Jack Gross. Together with her brother Hannah had an unpraised appearance in the movies Men with Brooms (2002) and Wilby Wonderful (2004) of her father.

Hannah had started acting in high school, where she appeared in a number of school plays. The turning point for her in those years was when she got a role in a school play of Macbeth.

After high school, Gross left Toronto in 2008 and moved to New York, where she enrolled in the Tisch School of the Arts at New York University. She studied Religious Studies as a minor and graduated with a Bachelor of Fine Arts in Theatre.

After graduating in 2012, Gross stayed in New York, where she lived in Manhattan’s Chinatown district. In New York she began appearing in low-budget indie films and made her debut in Matthew Porterfield’s I Used to Be Darker (2013), which was funded with a budget of 42,000 dollars.

After appearing in a number of short films, she played a role in Christmas Again (2014) and in Nathan Silver’s films Uncertain Terms (2014) and Stinking Heaven (2015). Hannah’s biggest breakthrough came shortly after she was discovered by David Fincher, who is notorious in Hollywood for his perfectionism. David is the same man who discovered talents like Kristen Stewart and Rooney Mara.

1. Hannah was a shy little girl

Gross described herself as unusually shy when she was a little girl. She even suffered from stage fright. However, she attributed her role in a school performance of Macbeth to her role that helped her overcome her shyness and progress in show business.

2.  As a child of actors, Hannah spent most of her time on the set and appeared in numerous films as an unappreciated extra.

3. one of her early motivations to start filming was that she wanted to do a kind of time travel.

“The main reason I wanted to be in films as a child was time travel,” she told TLM. “I thought, ‘Yes, I want to know what it’s like to live in the Elizabethan age’, and the only way to do that is to be an actor.

4. her Debbie role in Mindhunter has received mixed reviews, not from critics but from viewers.

This is how we came across a common thread in Reddit, and it seems that not many people can identify with Gross’ acting in Mindhunter. While many criticized her for being unemotional and unexpressive, others, who apparently had a personal real-life experience with her kind of character, defended her with the words that her role required that she act as a mentally oriented person and that her performance was “just right”.

5. Hannah made her stage debut in 2010 in a production called Doc. She has participated in at least 3 stage projects.

6. her favorite film so far is The Matrix. “I was nine when it came out on VHS, and I saw it every day for a summer,” she told Nylon. She added, “I wanted to be Trinity.”

7. Hannah Gross stands at an estimated height of 5 feet 8 inches.