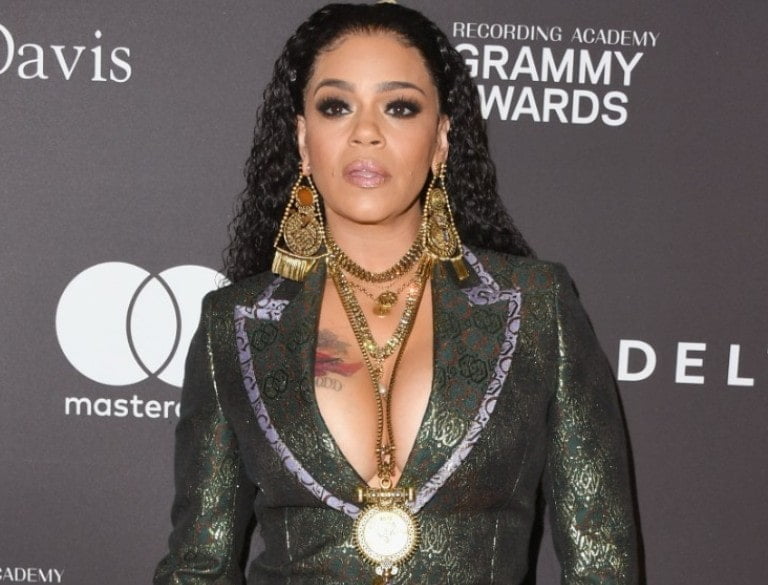 We cannot simply count the most iconic Grammy Award winners of our time without including Faith Evans, who is recognized as one of the best singers in the R&B genre. The multi-talented entertainer discovered her love of singing at the tender age of two. Her powerful, honey-sweet soprano voice has earned her a reputation for versatility in various music genres such as hip-hop, R&B, and soul.

Besides singing, she is known as a talented songwriter, competent record producer, and actress. Faith Evans has also made a foray into the world of reality television shows by performing in remarkable cameos in Love & Hip Hop: Atlanta. As a teenager, she was an actress and appeared in plays.

In 2000, she appeared in director Robert Adetuyi’s music drama Turn It Up alongside some of the big names in the entertainment industry such as Ja Rule, Pras (of The Fugees), and Jason Statham.

Faith is also a talented writer. Her book “Keep the Faith”: A Memoir, which was published on August 29, 2008, was awarded an African American Literary Award for Best Biography/Memoir in the category Best Biography/Memoir. The memoirs were written in collaboration with Aliya S. King and describe the turbulent life of Faith and especially her years with her first ex-husband Biggie Smalls, known by fans as “Notorious BIG”.

Faith Renée Evans was born on 10 June 1973 in Lakeland, Florida. Her mother, Helen Evans, was an African-American singer, while her father, Richard Swain, was a Caucasian musician. Unfortunately, he left Faith and her mother when she was very young, so she never met him.

Faith spent her formative years with foster parents Orvelt Kennedy and his wife Johnnie Mae, who also happened to be her mother’s cousins. Faith’s mother was 19 years old when she had to go back to Newark, New Jersey, and decided to leave her daughter in a foster home with over 100 children. By the time Helen finally came back to take her daughter, the singer had already established an emotional bond with Orvelt and Johnnie, so she actually considered them grandparents. The budding star refused to leave her comfort zone, so her mother had to move in next door.

Growing up in a Christian environment brought the rising star closer to the church. At the age of two, she performed for the first time in front of her church congregation. By the time she was four years old, she was already popular with the parishioners of Emmanuel Baptist Church in Newark.

During her teenage years, she began performing with a jazz band and her mother encouraged her to participate in various competitions, festivals, and pageants. Faith was supposed to study marketing at Fordham University New York but dropped out after a year due to an unplanned pregnancy. She worked for some time as a background singer for Al B. Sure! in Los Angeles, where she moved in 1993. As luck would have it, Sean “Puff Daddy” Combs from the record label Bad Boy Entertainment was impressed by her talent and he decided to sign her as the first female artist of his record label.

In 2010, after a five-year break, the rising star founded her own record label, the Prolific Music Group. With the help of some top talents like Raekwon, Keyshia Cole, Snoop Dogg, and Redman, Faith Evans built her record label to its current fame.

The first lady of the record label Bad Boy Entertainment was married twice in her life. Her first marriage was to the late rapper Biggie Smalls, better known as The Notorious B.I.G. The couple met at the Bad Boy photoshoot, and after eight days of courtship, they tied the knot on August 4, 1994. On October 29, 1996, their marriage was blessed with a son named Christopher Jordan Wallace. As a result of B.I.G.’s infidelity, their marriage broke up and they separated after several years. Soon after, the rapper was shot dead in rap music as a result of the hip-hop rivalry between East Coast and West Coast at the time.

At the time of his death, she was already together with Todd Russaw after her separation from Biggie. Todd Russaw was working as an executive of a record company. Faith was later sired to Russaw, and their first son, Joshua, was born on June 8, 1998. The couple married the same year and had their second son, Ryder Evan Russaw, on 22 March 2007, but unfortunately, they divorced in 2011.

It is worth mentioning that before meeting Russaw, Faith had a daughter – Chyna – due to her relationship with music producer Kiyamma Griffin.