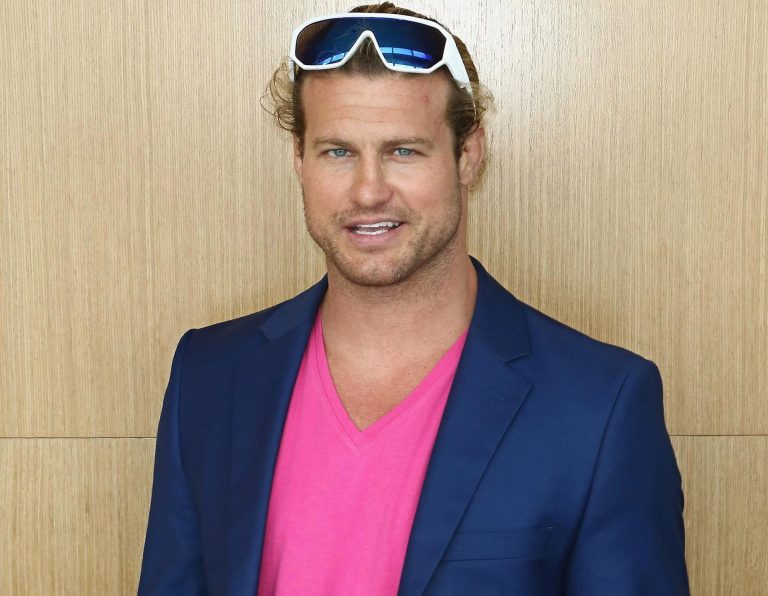 This muscleman from Ohio loves to throw himself so much that he decided from an early age to do just that for his career. Dolph Ziggler has been throwing punches and kicks in the ring since his school days. The wrestler had already begun earning trophies and recognition before signing his first professional contract with the WWE in 2004 and making his debut in Ohio Valley wrestling.

A native of Cleveland, Ohio, he was born on July 27, 1980, as Nicholas Theodore Nemeth and attended St. Edward High School in Lakewood. In his wrestling career at the high school level, he won the National Championships twice and held the school record for the highest number of pins (82) in his career.

After signing a development contract with the WWE in 2004, he made his debut in Ohio Valley wrestling. In September 2005, Dolph made his debut on RAW in an episode of Sunday Night Heat, where he competed as a sidekick for Chavo Guerrerro Jr. Shortly thereafter, he was substituted for Matt Striker and Shelton Benjamin in another episode of Sunday Night Heat in a tag team matchup.

Back in Ohio, Nemeth was put together with four other wrestlers to form the wrestling group known as The Spirit Squad. In their role in the ring, they saw the team dressed as a group of cheerleaders during their fights. In April 2006, thanks to the Freebird rule, the team won their first World Tag Team Championship against WWE veterans Big Show and Kane.

During this time, The Spirit Squad was also known for its rivalry with the McMahons and another wrestling group, the D-Generation X, consisting of Triple H, Shawn Michaels, and The Highlanders, who defeated them to retain their championship title. After losing their championship to Ric Flair and Roddy Piper in November 2006, the group disbanded later in the month after losing a handicap match to Ric Flair and D-Generation X.

Nemeth and former Spirit Squad member Mike Mondo formed the group Frat Pack at OVW in 2007. The group was short-lived and Theodore switched to Florida Championship wrestling. Here he teamed up with Brad Allen to win the FCW Florida Tag Team Championship on March 22, 2008. Eventually, they failed to defend the championship and lost it on April 15 against the same team that had won it a month earlier.

In September 2008 he made it back to the big leagues with RAW. This time he stopped using variations of his real name and started calling himself Dolph Ziggler. Between 2008 and 2009, he achieved decisive victories against players like Charlie Haas, R-Truth, and The Great Khali. Ziggler also met such greats as Rey Mysterio, Batista, Montel Vontavious Porter, and Kane, who eliminated him in a memorable way in just 21 seconds in the 2009 Royal Rumble game. Dolph Ziggler also fought in high-profile pay-per-view events such as Hell in a Cell, Summerslam, and Night of Champions.

In February 2010, Dolph Ziggler fought in WrestleMania XXVI and later claimed his first intercontinental WWE championship by defeating Kofi Kingston in a SmackDown event. Later he successfully defended the title against Kingston in Summerslam, Night of Champions, and TLC as well as against Kaval in the Survivor Series. He later lost the title to Kingston in SmackDown on January 4, 2011, and on June 19, 2011, Dolph Ziggler won his first US championship by defeating his opponent in a Capitol Punishment match and retaining the title against Kingston in RAW. He would eventually lose it to Zack Ryder.

Dolph Ziggler continued to fight in first-class events against big names like Randy Orton, Sheamus, CM Punk, Chris Jericho, and The Great Khali. On November 18, 2012, Ziggler became the sole survivor in a Survivor Series game by nailing Randy Orton. The wrestler also won his second heavyweight world championship title against Alberto Del Rio, when he cashed his money in the bank contract to compete against the then-injured Del Rio.

After a legitimate concussion that caused Dolph Ziggler to take a month-long television absence, he returned to defend his heavyweight championship against Del Rio without success. In a 2014 Survivor Series, Dolph Ziggler was once again the only survivor against players like Kane, Triple H, and Seth Rollins. In December 2014 he was voted WWE Wrestler of the Year 2014 by Rolling Stones magazine.

Dolph Ziggler continued to fight his way to the top, battling through against such greats as Mark Henry, King Barrett, Sheamus, AJ Styles, Apollo Crews, Baron Corbin, Kane, Dean Ambrose, and John Cena. In June 2015 he was released from his wrestling duties after suffering a bruised windpipe in an attack planned by Rusev. This gave him time to play in the 6:42 film at WWE Studios.

In December 2017, Dolph triumphed over Bobby Roode and Baron Corbin in a Clash of Champions event to win his second US championship. A week later, however, during a celebration of his WWE career, the wrestler assured fans that the fans did not deserve him before he left the ring and left the title belt behind him.

Among the wrestler’s non-wrestling engagements is a 2009 appearance on the American game show Deal or No Deal. He also appeared on George Lopez Tonight’s talk show Lopez in August 2010. Since 2010, Dolph Ziggler has also regularly appeared as a playable character in WWE video games.

His Wife and Relationship with Nikki Bella

The professional wrestler is not married and never has been. However, he has a well-documented relationship with professional wrestler and reality TV star Nikki Bella. Nikki was a long-time friend of John Cena. They were even engaged for a year – John Cena proposed to her in the ring – before they separated. But before John Cena even came into play, Ziggler and Bella had been together since 2008, before they ended the relationship a few years later.

ALSO READ: Who is Jennifer Nettles Husband, What is Her Net Worth, Age, Height

Ziggler has fought in the ring for many wrestling franchises and has received the following awards, results, titles, and recognitions. In 2017, the wrestler is estimated to have received $650,000 per month.

He has also appeared in movies and other non-wrestling-related projects. It is estimated that his net worth is approximately $3 million.