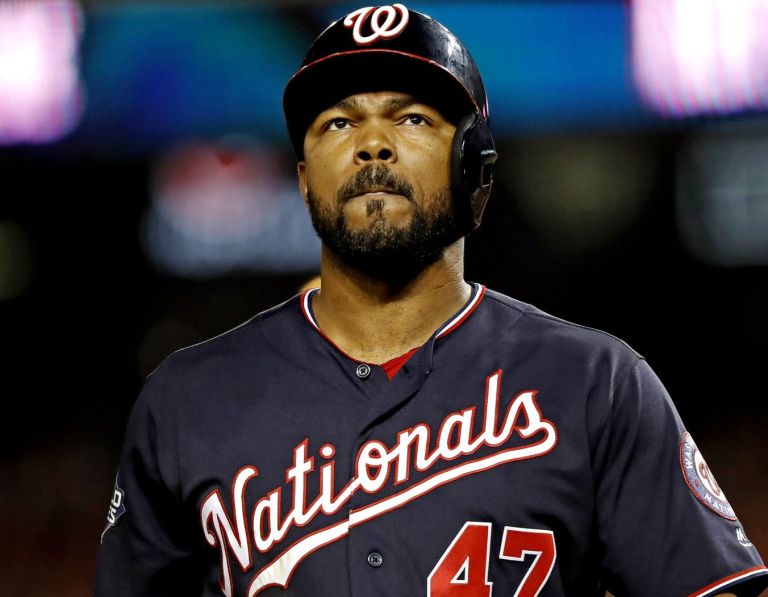 Educational institutions are one of the basic platforms on which athletic talents are cultivated and developed. Unlike many other sports personalities whose talents were recognized either in high school or college and some even on both platforms, our focus athlete Howie Kendrick was not recognized on either of these grassroots sports platforms during his time, not until he graduated college. Even after he graduated from St. John’s River Community College, he continued to play for the college baseball team until he was fortunately spotted that day by the only scout on the ground – ex-baseball player and Anaheim Angels scout Tom Kotchman.

Tom was amazed to see how effective Howie’s shots were, and even more surprised that other scouts didn’t notice such a wonderful talent. Since his professional debut on April 26, 2006, Kendrick has had over 12 years of professional experience.

Born as Howard Joseph Kendrick III on July 12, 1983, in Jacksonville, Florida. Howie Kendrick is a professional Major League Baseball player who plays as a second baseman and outfielder for the Washington Nationals. Like most sports icons who played the sports of their choice during their school days, Howie played baseball for his high school teams. He attended Hilliard Middle-Senior High School before transferring to West Nassau High School in Callahan, Florida.

During Howie’s high school years, his achievements went unnoticed, so he never received a scholarship to study at college. So he tried several colleges and ended up at St. John’s River Community College in Florida. Although he was named Conference Player of the Year in college, his talent was not noticed by any of the major league scouts. However, Tom Kotchman couldn’t believe his luck when he realized that a talent like Howie was not noticed by other scouts and so it was so easy to sign him.

Howie Kendrick was drafted by the Anaheim Angels in the 10th round of the MLB Amateur Drafts of June 2012. In 2005, Baseball America named Howie the number one most promising player in the Texas League. In 2006, his rank as number one contender for Baseball America fell to 12.

ALSO READ: Dodie Clark Bio, Age, Height and Other Facts to Know About The YouTube Star

On April 26, 2006, Howie Kendrick became only the 16,454th Major League Baseball debutant. He made a name for himself as the second baseman in the Los Angeles Anaheim Angels vs. the Detroit Tigers. His first home run was on July 26 against Shawn Camp of the Tampa Bay Devil Rays, and he finished the season with .285, 4 home runs, and 30 RBI in 72 games. In a fast-forward to 2011, Howie was honored to be inducted into the American League All-Star Team.

On January 7th the following year, Kendrick signed a new four-year $33.5 million contract with the Angels of Anaheim, becoming the team’s second baseman through the 2015 season. Kendrick undoubtedly had a strong 2012 season, beating Howie with 8 home runs and 67 RBI .287s. He scored his 1000th goal in his career against the Texas Rangers on July 30, 2013.

On December 10, 2014, Howie Kendricks ended 8 years with the Los Angeles Anaheim Angels when he joined the Los Angeles Dodgers for Andrew Heaney. He also left the Dodgers on November 11, 2016, when he was traded to Philadelphia Phillies for Darin Rug and Darnell Sweeney. He spent less than a year in Philadelphia Phillies and was switched to his current side, the Washington Nationals, for McKenzie Mills on July 28, 2017.

Howie Kendrick is married to Jody Kendrick. They were married on January 6, 2007. They have two children together. Their first child, Owen, was born on December 25, 2008, and their second son, Tyson, was born on February 10, 2011.

After leaving the Philadelphia Phillies, Howie Kendrick signed a 2-year contract with the Washington Nationals worth $7 million. The contract included a yearly take-home salary worth $3.5 million. In 2018, however, he will receive a base salary of $3 million.

Other Facts About Howie Kendrick