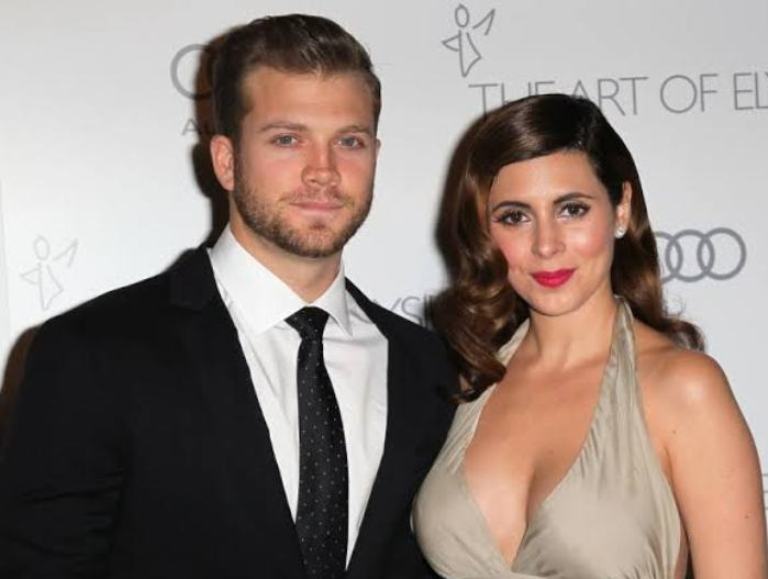 Cutter Dykstra is an American baseball player who is currently a freelancer. Since his release by the Harrisburg Senators in 2016, he has not been able to find another team to pitch for. He was such a promising talent when he was much younger, but nowadays he has a hard time getting a place in Major League Baseball. One of the things that have slowed down his baseball career is what prevents most athletes from getting career injuries.

The injuries were really a big obstacle for Cutter to realize his dream of playing in MLB. With the injuries dragging his career down, he has also experienced so many mixed seasons. This has prevented him from fulfilling his initial potential, which he showed in high school and which led the Milwaukee Brewers to sign him as a teenager. To learn more about the experienced athlete’s family life and other facts, read on.

Cutter Dykstra was born as one of three children of retired baseball player Lenny Dykstra and his wife Terri Dykstra. His parents remained from 1985 until Terri filed for divorce in 2009. Lenny Dykstra was born on February 10, 1963, in Santa Ana, California and was baptized, Leonard Kyle Dykstra. He was a professional baseball player. Unlike his son, Lenny hits and throws with his left hand and made his MLB debut on May 3, 1985, when he played for the New York Mets.

ALSO READ: The Untold Truth of Kelly Hu and Her Rise To Stardom

Cutter Dykstra has two brothers, Luke and Gavin Dykstra. His older brother, Gavin, played baseball at Cal State Northridge for a year. His younger brother Luke is also a ballplayer. Following in the footsteps of his father and older brothers, Luke was drafted by the Atlanta Braves in the 7th round of the MLB Draft 2014. He played in the Minor League with the Sugarland Skeeters before he was dismissed by the Springfield Cardinals after a 2018 season.

Cutter Dykstra is married to the American actress Jamie-Lynn Sigler. The couple married on January 16, 2016, in Palm Springs, California, and the wedding was attended by over 150 guests. The actress is best known for her role in the HBO TV series The Soprano as a meadow soprano.

While it is Dykstra’s first wedding, it is the second for Sigler. Before she met Dykstra, Sigler was married to A.J. Discala. However, their marriage was short-lived, as they were divorced in 2006 after only three years of marriage. Sigler and Dykstra now have two children together; their first son, Beau Kyle Dykstra, was born on August 28, 2013, while the second, Jack Adam Dykstra, was born in January 2018.

Cutter Dykstra was born on 29 June 1989 in Manhasset, New York. Growing up, Dykstra and his brothers loved to watch and play baseball together. That’s not surprising when you know that their father was a pitcher back then. This undoubtedly influenced Dykstra’s passion for the game and made his dream of playing in the big leagues like his father come true. Dykstra attended Westlake High School in Westlake Village, California. During his high school years, he played baseball as expected and was one of the best players on his school’s team.

During his senior year at Westlake High School, Cutter Dykstra was given the opportunity to either go to college after high school and receive a scholarship program to continue playing baseball, or he was pulled out of high school and almost immediately made a professional baseball player. Dykstra chose the latter and was drafted by the Milwaukee Brewers in the 2nd round of the MLB June Amateur Draft 2008.

2. He only Played for Minor League Teams

So far Dykstra has played for teams from the lower leagues, including the Potomac Nationals, the Hagerstown Suns, the Helena Brewers, the AZL Brewers, the Wisconsin Timber Rattlers, the Syracuse Chiefs, the Auburn Doubledays and the Harrisburg Senators. Although he plays as an outfielder, second baseman and third baseman, his debut in the Major League is still pending.

After eight years in the lower leagues, the baseball star has been able to improve his finances before going freelance in 2016. His net worth is expected to be $1.5 million.

4. Chase Utley and Eric Byrnes are his Idols.

In an interview in 2008 the famous player quoted Chase Utley and Eric Byrnes as the players he admired so much.

Utley, who is a former professional ballplayer, played 16 seasons in the MLB, mainly for the Philadelphia Phillies, and is a six-time all-star. Byrnes, on the other hand, played 10 seasons professionally in the MLB for several teams, including the Oakland Athletics.

Dykstra also stated that his father had so much influence on his baseball intelligence quotient because they always talked about the mental game, never physical things.

Cutter Dykstra’s spouse revealed in 2016 that she was diagnosed with a demyelinating disease in which the insulating sheaths of nerve cells in the brain and spinal cord were damaged when she was twenty years old. However, there was never a report of Jamie-Lynn Sigler in a deteriorating health condition, as she often appeared healthy.

6. Between Cutter Dykstra and Jamie-Lynn Sigler Who is Older?

The wife of Cutter Dykstra, who also modeled for FHM, the lifestyle magazine for men, is eight years older than him. She was born in May 1981, her husband was born in June 1989. Regardless of the age difference, the couple is in a long-term love affair, which began with an affair in 2008.

There is no doubt that Cutter Dykstra is a versatile ballplayer who is aggressive, fast, and athletic on the field thanks to his high height and great physique. He stands at a height of 1.80 m (5 feet 11 inches) and has an accumulated body mass of 82 kg (180 lbs).