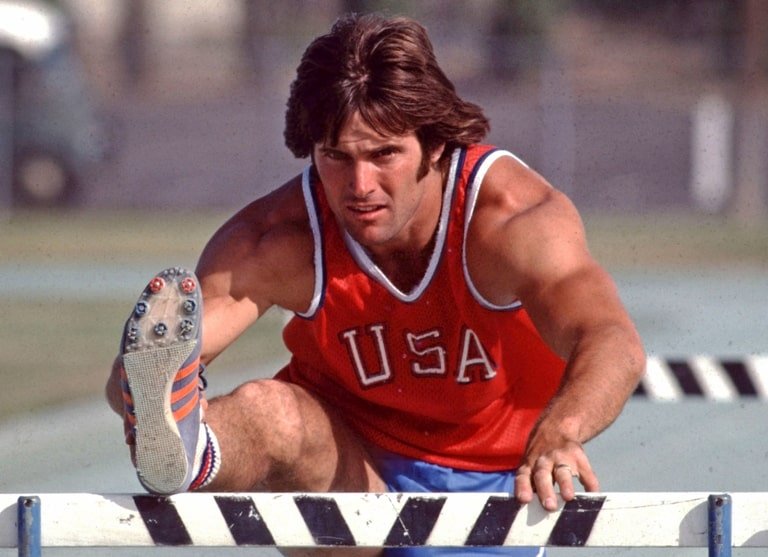 He made headlines in 1976 as Bruce Jenner, the Olympic decathlete who won Olympic gold. Today Bruce repeats the trend this time not as an athlete but as a transwoman, Caitlyn Jenner. The former Keeping Up With The Kardashians star, felt liberated after her coming out as a transgender woman in 2015 and was praised for saving lives with her decision.

Before she was openly called the most famous “transgender” woman in the world, she lived as a man. Read the article to learn more about her.

The Secret of My Life is the memoir Caitlyn Jenner published by Caitlyn Jenner, which focuses on her journey to become a transwoman. And today she is the spokesperson for the LGBT community. But before she became Cait, she was identified as male, and that was Bruce Jenner. Let’s talk a little bit about Bruce Jenner.

Bruce was born on October 28, 1948, in Mount Kisco, New York. He was an Olympic gold medalist in, 1976 decathlon at the Montreal Summer Olympics. This feat earned him the unofficial title “World’s Greatest Athlete”.

After his fame, he became a spokesman for Wheaties cereals and then started a career in television, film, writing, car racing, business, and as a Playgirl cover model. The reality TV show “Keeping Up With The Kardashians”, in which he appeared in 2007, further increased his popularity.

Growing up as a boy between two sisters and getting excited about their clothes could be dismissed as a normal thing, but when it turns out that you loathe your image in the mirror, it becomes serious. Jenner struggled as a child with undiagnosed dyslexia as well as gender dysphoria, a disease for which there was no information or name in conservative Westchester County, New York.

There were many unanswered questions for Jenner, ranging from whether he was just a transvestite or just gay. However, he was unable to find solutions to his inner turmoil and turned to athletics as he was the fastest kid in school. But not even winning the Olympic gold medal and public recognition made him feel uneasy.

Bruce wore her first woman’s dress at the age of 8 and started hormone treatment in the ’80s. His second wife, Linda, found him a specialist in sexual dysphoria when she discovered his inner conflict. However, this did not stop him from his search, which led to the failure of the marriage, when Bruce revealed his intention to undergo a sex change and started taking female hormones.

Before he met Kris, Bruce had decided to undergo sex reassignment surgery before he turned 40. So he had received hormone replacement therapy for four and a half years and had a breast size of 36B, according to Caitlyn’s memoirs. However, it took 65 years before Bruce came out as a transgender in an interview with Diane Sawyer in 2015 and took the name Caitlyn Marie Jenner, as revealed in the July 2015 issue of Vanity Fair. As part of the gender reassignment process, Bruce was interested in cosmetic surgery. Fast-tracked to 2017, he had his sex-change operation, which he kept secret from the Kardashians, declaring it was none of their business.

Caitlyn, who is now a transwoman, was happy to have a successful transition surgery into her dream image and described it as a complex decision she had to make. She now prefers to be referred to as “her” and no longer as “him”. Although she admitted that it may be hard to give up on old Bruce, she confided that he still lives inside her and that she does many things he used to do, such as flying airplanes and racing every now and then. She wants to make a difference in the world with the new platform Caitlyn has.

Caitlyn has made a documentary about her transition from 2015-2016 in an E! reality show called I Am Cait. The show filmed Jenner’s transition and how it affected their relationships and explored their role within the LGBT and transgender communities. Since her transition, she has received numerous awards, including the Arthur Ashe Courage Award at the ESPY’s on July 15, 2015, and was named one of the women in Glamour magazine’s Women of the Year Awards in 2015.

Bruce’s married life is as remarkable and interesting as his personality. He was married three times, which was more than half his life, and had two children from each of these marriages.

His first marriage was with his high school sweetheart, Chrystie Crownover, whom he married after graduating college in 1972 and divorced in 1980. This marriage produced a son, Burt, and a daughter, Cassandra (Casey). He met his second wife, Linda Thompson, a model and actress, at the Playboy Mansion in 1979 when he was still married to his first wife. They married on January 5, 1981, but were divorced in 1986 after having two sons, Brody and Brandon.

His third and longest marriage was with Kris Jenner in 1991, with whom he only spent 5 months. They had two daughters, Kendall and Kylie, and announced their separation in October 2013. Their divorce was finalized in March 2015. Bruce was also the stepfather of reality TV stars such as Kourtney, Kim, and Khloe Kardashian and a son, Rob Kardashian from Kris’ first marriage.

Bruce’s relationship with her children seems to have taken a leap down. For example, she learned about her daughter, Kylie’s pregnancy, through the media – and not through talking to her, which broke her heart. She was open about the fact that her relationship with her stepchildren, especially Kim, had also become angry.

The rift that arose because she hid her transition journey from her family was deepened after she revealed the inner workings of her marriage to Kris in her book, “The Secrets of My Life.

Bruce Jenner has done many things that have proven successful and made money. Her wealth is due to sports awards, KUWTK pay slips, book license fees, and public appearances, not to mention her own reality TV series I Am Cait.

With this record, her net worth is estimated at 100 million dollars (73.8 million pounds).