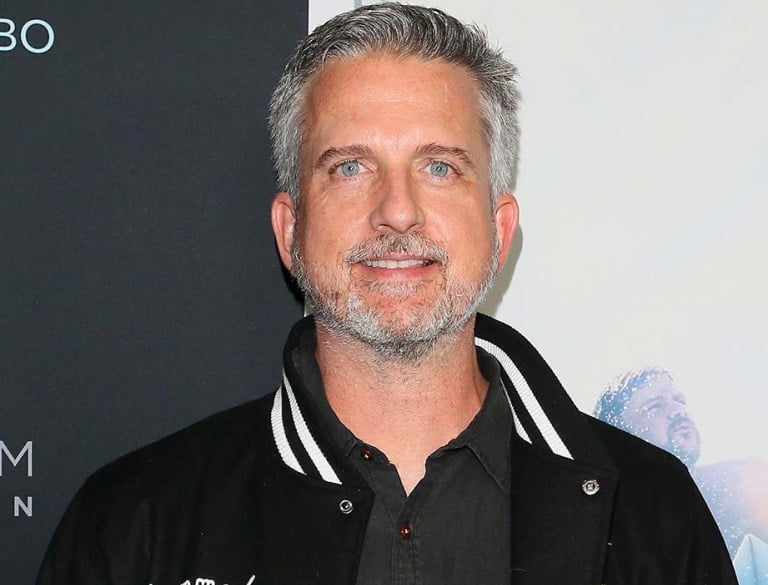 Avid readers of sports news cannot deny knowing Bill Simmons, the renowned American author, sports columnist, and podcaster whose fame comes from his website The Boston Sports Guy. He gained popularity with his own podcast, The B.S Report on ESPN.com. The fun and humor he embeds in his writing have made him one of the most famous names in sports journalism today.

The witty sports journalist pays tribute to author David Halberstam, whose book The Breaks of the Game helped him enormously in the early years of his career to focus on the subject. In addition to his work as a sports journalist, Bill is also an author. His first book, Now I Can Die in Peace, made the New York Times bestseller list and remained there for five weeks. The book is a compilation of all his columns with some changes.

William John Simmons III was born on 25 September 1969 in Marlborough, Massachusetts. He first attended Greenwich Country Day School but later moved to Brunswick School in Connecticut for the rest of his high school education.

He also attended Choate Rosemary Hall (a preparatory school in Wallingford, Connecticut) in 1988 before earning his bachelor’s degree at the College of the Holy Cross.

The days of the aspiring sports journalist at the College of the Holy Cross can be described as eventful, as he wrote part of it as a columnist for the school newspaper The Crusader; his column was known as Ramblings. He later became the sports editor of The Crusader. In 1992, he graduated with a degree in political science. A few years later, he received his master’s degree in print journalism from Boston University.

ALSO READ: Everything You Need To Know About Peyton Royce And Her WWE Career

Bill Simmons has a reputation for having a unique writing style. Many factors are embedded in his writing to make it interesting and different; factors such as references to popular culture, his personal life, his avid knowledge of sports, and the fact that the story is told from the perspective of a raving sports fan all contribute to his rare writing style that continues to capture the attention of sports enthusiasts.

Since graduating, Bill Simmons has attracted attention by creating several internet memes such as Manning Face and Ewing Theory. He currently works for ESPN.com and his podcast, The B.S. Report is hosted on their platform.

The media celebrity was born the only child of William Simmons, his father, who works in a school, and Jan Corbo, his mother. William was popularly known as The Sports Dad, who devoted more than 15 years of his life to his work in Easton, Massachusetts, where he worked as a school principal.

His family lived in Marlborough and also in Brookline, Massachusetts, but young Bill had to move with his mother to Stanford, Connecticut after his parents’ marriage ended in divorce. After their divorce was made official, his father married his stepmother, Molly Clark, who was a doctor.

Net Worth Of Bill Simmons

Despite his seemingly modest career beginnings, Bill Simmons currently has an impressive net worth of $20 million. Bill is a perfect example of why you should make a career out of something you have a passion for. He is also proof that hard work and perseverance pay off.

Bill Simmons’ father is William Simmons, who is known to be dedicated to his job as superintendent of schools in Easton, Massachusetts. Bill is currently married to Kari Simmons The two have been happily married since 1999 when they entered into the Covenant of Life. Barely six years after their marriage, they welcomed their first child, a daughter, Zoe Simmons, on May 2, 2005. On November 1, 2007, their son Benjamin Oakley Simmons was born.

ALSO READ: Is Avi Kaplan Married? Who is His Wife or Girlfriend? Age, Height, Gay

Kari, Bill’s wife, is often mentioned in her husband’s column as The Sports Gal. She was born the daughter of Sandra and James Crichton, she has two male siblings – Joseph Crichton and Jim Crichton. Jim sadly passed away in 2011. Kari received her first degree from St. Bonaventure University in New York. She was once employed by Habama Inc. where she worked for some time.

Bill Simmons stands at an impressive height of 6 feet 2 inches, which makes him an impressively tall guy. His weight and other body measurements are not known. However, the sports journalist is easily recognized by his salt and pepper hair and blue eyes.