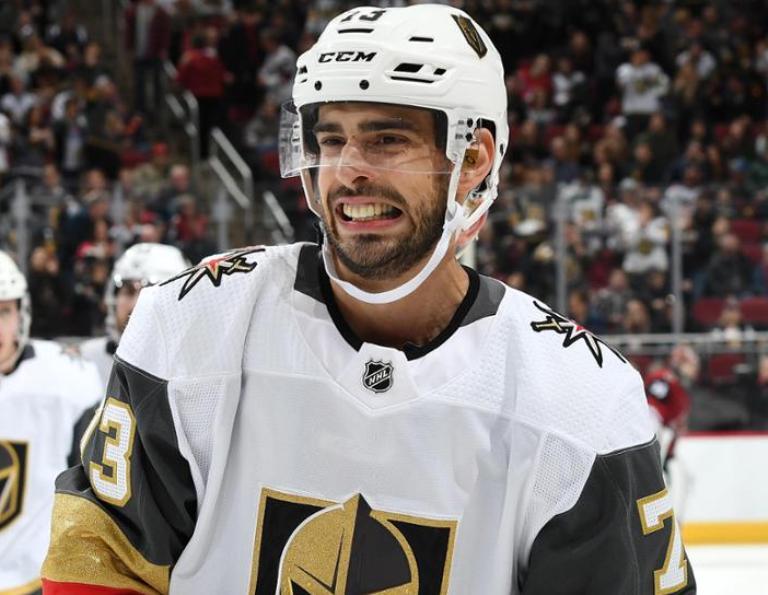 Canadian professional ice hockey player Brandon Pirri turned pro in 2009 when he was selected by the Chicago Blackhawks for the 2009 NHL Entry Draft. Pirri plays in the middle and is known for his scoring skills, which attracted the Blackhawks to him.

At the beginning of his professional career, Pirri struggled to gain a foothold in the NHL, which is why he was constantly switched to the smaller AHL teams. However, an impressive performance in 2013 with the AHL’s Rockford IceHogs became the big career leap he so desperately needed.

Pirri was born on 10 April 1991 in Toronto, Ontario, Canada. In 2007, at the age of 16, he began his junior career with the Ontario Junior Hockey League of the Streetsville Derbys. Pirri’s goalscoring prowess in the OJHL began to attract attention in the 2008/2009 season when he scored 46 goals and 94 points in his time with the Georgetown Raiders and the Streetsville Derbys.

In 2009, Pirri attended Rensselaer Polytechnic Institute, where he played for the school’s RPI Engineers men’s hockey team, which participated in the Eastern College Athletic Conference (ECAC). By the end of his freshman year, Pirri had played 39 games, scoring 11 goals and 24 points. His freshman year was to be his only college year.

Pirri’s performances in the Junior League and NCAA were, however, enough to get him into the 2009 NHL Entry Draft, where he was voted 59th overall by the Chicago Blackhawks in the second round. He made his NHL debut in a match against the Detroit Red Wings on October 9, 2010. His stay in the NHL was short-lived, however, as he was transferred to the Rockford IceHogs of the AHL for the rest of the 2010/2011 season.

ALSO READ: David Clarkson (Ice Hockey) Biography and Facts you Need To Know About Him

Pirri scored 23 goals and 56 points in his 70 games for Rockford. The following season 2011/2012 he started with the NHL Blackhawks. After playing 5 games with the NHL team, Pirri finished the season in the AHL with Rockford. He played 66 games in total and scored 23 goals and 56 points. The following season 2012/2013 went even better for the rising star, as he scored a whopping 75 points, the highest score in the league.

This was a big breakthrough for Pirri. This achievement earned him the coveted John B. Sollenberger Trophy. Thanks to this impressive performance, Pirri would play in the NHL for the next four seasons without being assigned to the small AHL.

The 2014/2015 season would be the first full NHL season for Pirri. He played in 49 games and scored 22 goals and 24 points. In the following season, Pirri was still an important game for the Panthers. After playing 52 games and scoring only 11 goals and 24 points, Pirri spent the rest of the 2015/2016 season at the Anaheim Ducks, where he was offered a chance to play in exchange for a selection from the 6th division.

Pirri as a Free Agent

In 2016 Brandon Pirri became a free agent and signed a one-year contract worth $1.1 million with the New York Rangers. However, his performance was highly appreciated. Out of 60 appearances for the team, he scored only 8 goals and 18 points. Due to his bad season, Pirri found it difficult to land another contract.

According to reports he was signed by the ZSC Lions of the Swiss National League for one year, but this was never made official. Pirri tried to return to his first NHL team, the Chicago Blackhawks, but at the try-out, he could not impress. Fortunately, the NHL’s Vegas Golden Knights signed him for a year in October 2017, after which he was to play for the AHL subsidiary Chicago Wolves.

He later made his Knights debut in a game against the Vancouver Canucks, scoring two goals and three points.

1. 2010 Brandon Pirri was appointed to the All-ECAC Hockey Rookie Team during his time with the RPI engineers at ECAC.

2. In 2013 he was the top scorer of the AHL with the Rockford IceHogs.

3. Brandon Pirri is married to Elyse. She’s from Highland Park. Together they have a child born in early 2018. The family lives in Chicago.

4. Pirri is exactly 6 feet tall and weighs about 183 pounds.

6. Brandon Pirri does not operate a social media account.

7. Before attending RPI, Pirri trained at the Vaughan Road Academy.