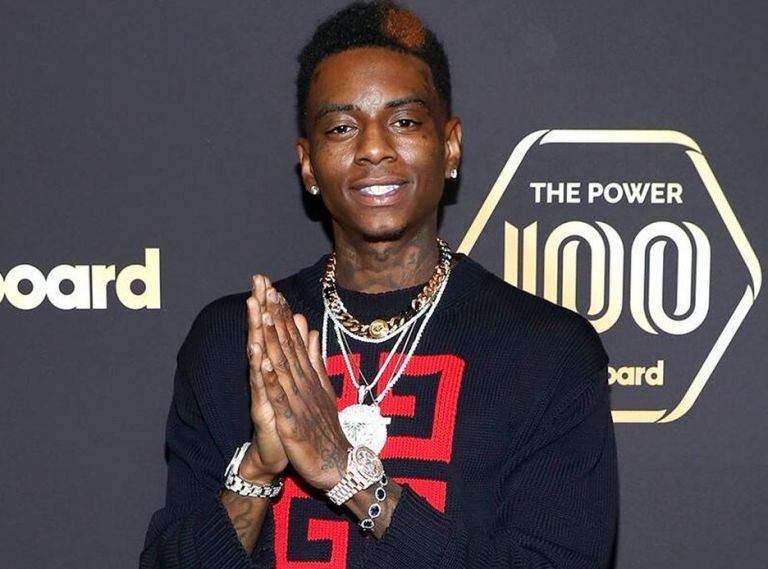 Soulja Boy is the stage name of the American rapper, music producer, entrepreneur, and even the all-around music mogul DeAndre Cortez Way. He was born in Chicago on July 28, 1990; he showed an interest in music at an early age, and at the age of 14 his father built him a music studio where he could use his musical talent.

Soulja Boy began releasing his music on the music streaming website “SoundClick” in 2005. Due to the positive feedback he received, he was encouraged to set up his own YouTube and MySpace accounts where he shared his songs and videos with others.

On May 2, 2007, the rapper released his self-produced debut single Crank That (Soulja Boy). The song became a sensation due to the wide reach of the internet and made it to the top of the U.S. Billboard Hot 100. He was also nominated for a Grammy award for best rap song at the 50th Grammy Awards.

Soulja Boy’s Crank That was not only a huge commercial success but also pointed the way for a new trend in digital music marketing, as the single was the first in the US to reach 3 million online downloads.

The rapper released his first major album Souljaboytellem.com on October 2, 2007, which included the hit single Crank That. The album was multi-platinum and made it to number 4 on the US Billboard 200. The critics had written off Soulja Boy as a one-hit-wonder, but he proved them wrong when he released a follow-up album to iSouljaBoyTellem in 2008. The second album was not as successful as the first, but it boasted hit singles like Kiss Me Thru the Phone and Turn My Swag On.

Between his career as a rapper, producer, and entrepreneur Soulja Boy has his hands full. His net worth is currently estimated at $30 million. Here’s a glimpse of how he’s managed it.

In 2007, just a few months before his 17th birthday, Soulja Boy released his debut single Crank That (Soulja Boy). This single not only topped the Billboard Hot 100 charts for 7 weeks but also became a huge commercial success. The Atlanta-born rapper followed her up with two successful albums, and by 2010 he made it onto the Forbes list of hip-hop top earners after earning a fortune of $6 million that year.

Even though he couldn’t repeat the initial success, Soulja Boy has remained steady. In 2008 he launched his clothing line “S.O.D clothing” and the popular shoe line “Yums”. As a producer, he has worked with A-lists such as Diddy, 50 Cent, Lil Wayne, and Nicki Minaj.

Soulja Boy currently lives in a luxurious penthouse in Hollywood Hills, Los Angeles. Apparently he doesn’t own the house, as he only rents it. However, the social media savvy rapper claimed that he actually bought the house for $6 million. Later, reports appeared that Soulja Boy had put the house up for sale, but had not bought it, only rented it. The rapper, however, stuck to his statement and insisted that he had actually bought the house.

The Atlanta-born rapper never admitted to being interested in men. Even judging by his previous relationships, he seems to like women. So to the best of our knowledge, Soulja Boy is heterosexual.

However, the rapper got into a feud between actress Vivica Fox and her ex 50 Cent. Referring to an old XXL magazine cover showing 50 Cent and Soulja Boy, Fox admitted that the cover picture looked like 50 Cent was gay. The actress later apologized to Soulja Boy and explained that her only intention was to annoy her ex and not to involve him in her feud.

For someone who became rich and famous at a fairly young age, Soulja Boy has had more than his fair share of relationships. However, it seems that the rapper is currently single, as his last public relationship ended in 2016.

He was in a relationship with Nia Riley, the daughter of Grammy-winning producer Teddy Riley. Their relationship lasted from 2014 to 2016 and the couple also appeared on the reality TV show Love & Hip Hop: Hollywood. The two have a child together, a daughter named Kamryn. Since their bitter separation in 2016, the two former lovers have not lost love.

Before his relationship with Nia Riley, Soulja Boy was involved with a variety of other women, including India Westbrook, Nastassia Smith, Karrine Steffans, Lil Mama Kirkland Niatia, Irene The Dream, Diamond, Teyana Taylor, Meagan Good, Trina, and Keri Hilson. Rumour has it that he was also engaged to the Dominican glamour model Rosa Acosta.

By all indications, the “Kiss Me Thru the Phone” hit is very much alive and well. Soulja Boy owes it to the Internet that he has moved into the limelight, but the Internet has not always been friendly to rappers.

Most celebrities fall victim to death trickery a few times, but the internet-savvy Soulja Boy has more than his fair share of false death rumors. The hashtag, #RIPSouljaBoy, has set a trend on Twitter on several occasions: October 2011, February 2012, and June 2014. Given the frequent occurrence of the death racket, it would be advisable to get such information with a pinch of salt.