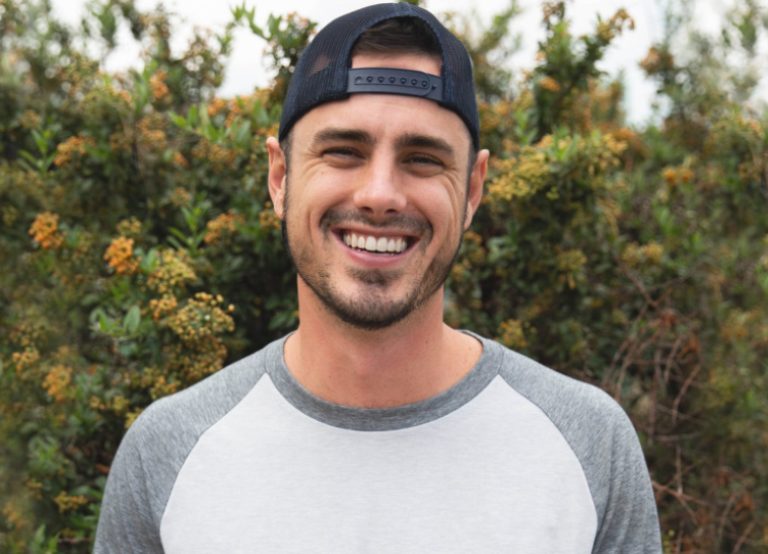 America fell in love with the handsome salesman named Ben Higgins after he appeared on season 11 of the successful television show The Bachelorette, where he fought for Kaitlyn Bristowe’s affection. Although he ended up in third place, his status as the darling of American reality television was pretty much set in stone. He later joined in the 20th season of The Bachelor, this time as a star. Ben’s charming attitude and his romantic side have made him popular with millions of fans in the United States and around the world.

From an ordinary business analyst and salesman for a Denver-based financial services firm, he has earned widespread fame and considerable wealth through his appearances on screen. The coveted bachelor has appeared in several other shows, including Ben & Lauren: Happily Ever After?, Bachelor in Paradise: After Paradise, The Bachelor Winter Games, Access Hollywood, Extra, Bachelor Live, Entertainment Tonight, and Good Morning America. Although Ben Higgins has been through some tough times, he’s now back on the reins of his life and is busy making the best of it.

The bachelorette star was born as Benjamin Edward Higgins in Warsaw, Indiana, on 23 March 1989. He had a fairly normal upbringing and played soccer during his school days. After completing his early education, he was admitted to Indiana University in 2008 where he earned a degree in Business Administration and Management. He was a member of the prestigious Delta Upsilon Indiana Chapter and served as Vice President of the organization for some time.

Ben Higgins has had a very interesting professional life. He has worked in a zoo in faraway Peru and was a software salesman. As a student, he worked as an event manager for the Jonah Club Fish Fry, then later as a student intern for his community, and finally as a marketing and fundraising coordinator for the Bakers Youth Club. Ben had always been aware of the impact he had on women since his teenage years, so he decided to use his good looks for a chance at fame by entering The Bachelorette in 2015. Although he quickly gained the approval and admiration of the show’s audience, he was denied Kaitlyn Bristowe’s Rose and had to be eliminated from the show as the second runner-up.

The producers of the show became aware of his fame and decided to make him the star of the 20th season of “The Bachelor” so that a host of young women could compete for his choice of partner. But apart from the glamorous life of reality television, Ben Higgins also killed it in his regular job. When he joined Talisys in August 2013, he took on the role of business analyst, but his first promotion came two years later. He was appointed Account Manager, and in another two years, he was promoted to Vice President of Business Development. Ben also has his own coffee brand called Generous International, which was founded with his partners Drew Scholl and Riley Fuller.

His Girlfriend, Is He Dating Anyone?

The reality TV star fell in love in 2016 with Lauren Bushnell in The Bachelor, and the two soon began a very public relationship. They moved in together and starred in a spin-off series, Ben & Lauren: Happily Ever After? The Lovebirds were one of television’s favorite couples. They seemed incredibly happy together and wanted to get married, so it was an absolute shock when they announced that they had split up sometime in 2017. Ben Higgins was completely devastated by the separation and avoided the relationship scene for a while, but recently he was hit by Cupid’s arrow.

The handsome bachelor is once again off the relationship market. He is currently dating a woman named Jessica Clarke, whom he describes as the purest soul he has ever met. The couple knew each other on Twitter and one day Ben decided to take a risk and slip into her DM and it turned out to be one of the best decisions of his life.

Ben is the only child born of his parents: Amy Diane Higgins and David Higgins. His parents have been together for more than thirty-five years, which is by no means a small achievement. According to Ben, they are still very much in love with each other. Maybe that’s why the actor has his romantic nature.

It is impossible not to notice that Ben Higgins has an incredible physique. His facial and body features are more than capable of making women faint. The actor has an impressive height, standing at 6 feet 4 inches. Who doesn’t love a chunk that wears his heart on his sleeve?

Facts To Know About Him

1. During the shooting of The Bachelor, this star met other big stars like Kevin Hart, Ice Cube, Paul George, and Terry Fator.

2. Ben has traveled throughout Las Vegas, Mexico, the Bahamas, Nevada, and Indiana.

3. The TV star has a spirit of adventure that has led him to explore the jungles of Bolivia and hike the spiritual paths of Machu Picchu.

4. Ben Higgins is currently estimated to have a net worth of over $1.93 million