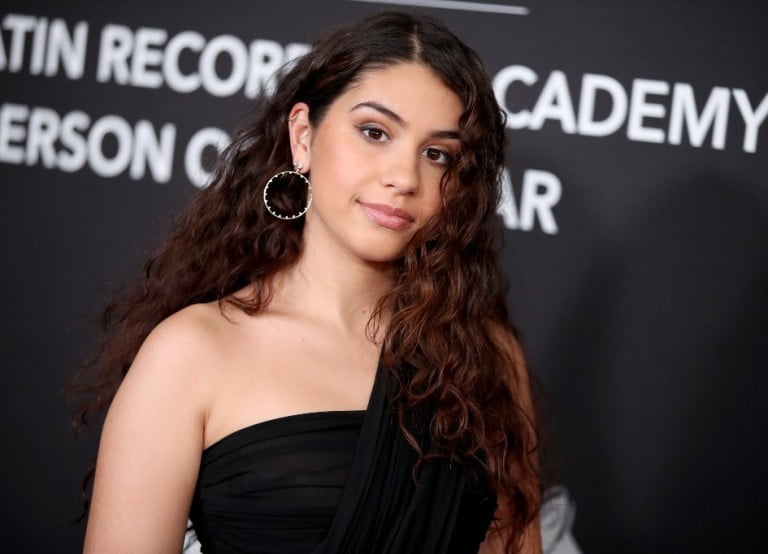 The winner of the Grammy for the best new artist 2018 is Alessia Cara. Cara is an R&B and alternative R&B singer who combines it with pop, soul, and indie pop and has the same nationality as Justin Bieber. She started with music when she released cover songs on YouTube at the age of 13. She grew up as a shy child and was too afraid to sing in front of others, but did what she loved to do most because she wanted to carry her voice out into the world. Alessia is constantly reminded that although she may seem small and weak, she is not. There are more interesting things to learn about this pop singer. Please read on.

Her stage name is only a shortened form of her name. She comes from Brampton, Ontario, Canada, where she attended Cardinal Ambrozic Catholic Secondary School. She is of Italian descent and can speak the language fluently. Although Alessia was artistically inclined, she did not always want to become a singer. When she was younger, she was convinced that visual art was the right thing for her and painted, drew, and did handicrafts. She also wrote poetry and acted.

Her Journey into Music

Her interest in music was awakened when her parents gave her an acoustic guitar on her 10th birthday. On her 10th birthday, her parents gave her an acoustic guitar. After that, she started to play and learned to play different songs by herself. When she was 13 years old, she started covering songs and uploading them to her YouTube channel. Her first cover was “Price Tag”, but her cover “Sweater Weather” of “The Neighborhood” became so popular on YouTube that it reached over 800,000 hits in 2013.

This unique achievement caught the attention of the daughter of Tony Perez (the founder of EP Entertainment), who contacted Alessia Cara after seeing her video, which earned her a record deal with Def Jam Recordings in 2014.

Her debut single Here, which was subsequently released, was a huge success and brought her international recognition. The song was named by Complex as one of the best Canadian songs of April and reached #19 on the Canadian Hot 100 Charts and #5 on the US Billboard Hot 100 Charts. The following year, Alessia made her first television debut in July and appeared on the Tonight Show with Jimmy Fallon in the lead role. The song (about the terrible time she had at a party) was nominated for the original song at the Streamy Award.

It was a sleeper hit and became known as the quintessence of the loner anthem, with Spotify calling it the viral song of 2015. There were also many other impressive titles for this one super hit. Spin called it a “can’t miss track” while Cosmopolitan called it a “must hear song”. It was ranked 21st on Rolling Stone’s 2015 Best 50 Songs list and was added to the Billboard 20 Pop Songs playlist in June 2015 for your summer playlist. The success of her debut single was much greater than she had expected. It was released just to introduce her as an artist, but exploded and she described it as fantastic.

The best reward for a job well done is actually more work. And this is the case with Alessia. She did not rest on her oars with her newly found fame but published more songs. Her EP Four Pink Walls, which included five songs (Here, Seventeen, Outlaws, Four Pink Walls, I’m Yours), was followed by her debut album Know-It-All (with 10 songs, including Wild Things, Stone, Overdose, Stars) on November 13, 2015. Her songs are usually inspired by her own life, which makes her different from a touch of ingenuity.

Know-It-All reached 19th place on US Billboard 200 and 8th place on the Canadian album charts. The album’s third single, Scars to Your Beautiful, reached #8 on the Billboard Hot 100 in 2016.

Alessia, the girl with the golden voice, also has golden fingers. Whatever she touches becomes a success. She lent her voice to the soundtracks of movies and sang How Far I’ll Go in the Disney movie Moana. The music video for the single was released on November 3, 2016, and has received over 140 million hits on YouTube. It received several nominations and won the Grammy Award for best song written for visual media. She also sings Stay from Everything, Everything, starring Nick Robinson and Amandla Stenberg.

The singer of Here has added to her list of influencers Lauryn Hill, Amy Winehouse, Pink, Fergie of Black Eyed Peas, Drake (who follows her on Twitter), and Ed Sheeran. Her singing and writing style has been compared to that of singers like Lorde, Amy Winehouse, Rihanna, and Norah Jones.

Taylor Swift is one of her fans and celebrated the young singer for her performance of Bad Blood. They performed here on Taylor Swift’s The 1989 World Tour in 2015, which drew 55,000 people.

In 2016, the official video for Wild Things was released on March 7, and in December she released a music video for Seventeen. On June 23, 2016, she appeared in a newly released version of the song Wild by Troye Sivan.

The widely acclaimed singer worked with producer Zedd to create the single Stay and was featured in the rapper, Logic’s song, 1-800-273-8255 from his album Everybody. The song received a Grammy nomination for Song of the Year. She also appeared on Saturday Night Live as a musical guest on February 4, 2017.

Alessia Cara is widely recognized for her work and has received numerous awards. She was named breakthrough artist of the year at the Juno Awards 2016 and was shortlisted for the BBC Music Sound Award 2016, but only came second. Other awards include two MTV Video Music Awards, two Canadian Music Awards, and a Radio Disney Music Award.

The girl who sang that she used to believe her dreams existed only in her dreams, and who pretended to win Grammys since she was a child in the shower, eventually won a Grammy. She was nominated for her first four Grammys and won the award for Best New Artist on January 28, 2018. She was the first Canadian artist to win this award, and that is an impressive leap in her career.

The award was considered one of the toughest categories because you can only be nominated once and the competition is tough. In her speech, she thanked her parents, her brother, her music team, the Grammys, and her fans, saying that the award is for her and that they are the reason why she no longer needs to win the Grammys in her shower.

The star said that her father was very strict and that every time a man was in the house, his behavior would often compensate for his height, as he is very small. Her father was also very protective and accompanied her everywhere from the age of 19. She often had to remain quiet in her room and took all her early shots in the bathroom so as not to disturb her younger brother. Despite all this, her parents seem to be very proud of their daughter.

Once, Alessia Cara was speculated as a lesbian because of the uploads of her records in a closet filled with men’s clothes. However, in the backstage chat session of the Juno Prize, she was able to refute the lesbian rumor by revealing that she had a boyfriend. And that’s Kevin Garrett. The duo went on a concert tour together in 2016 and has already published some cover songs online.

Kevin is a singer, songwriter, and producer from Brooklyn who studied music technology at New York University. He is under contract with Jay-Z’s label Roc Nation, has an EP called Mellow Drama (which also includes five songs like Alessia’s debut EP), and wrote Beyonce’s Pray You Catch Me.

Like his girlfriend, he plays keyboard, guitar, does R&B and is quickly becoming famous. He got acquainted with music at an early age as he grew up with classical music and classic rock.

Their net worth was estimated at $4 million, which came from record sales, concert tours, and advertising revenue from YouTube. She is dedicated and hard-working, and if she continues to release new songs in the coming years, it is very likely that her net worth will continue to grow.