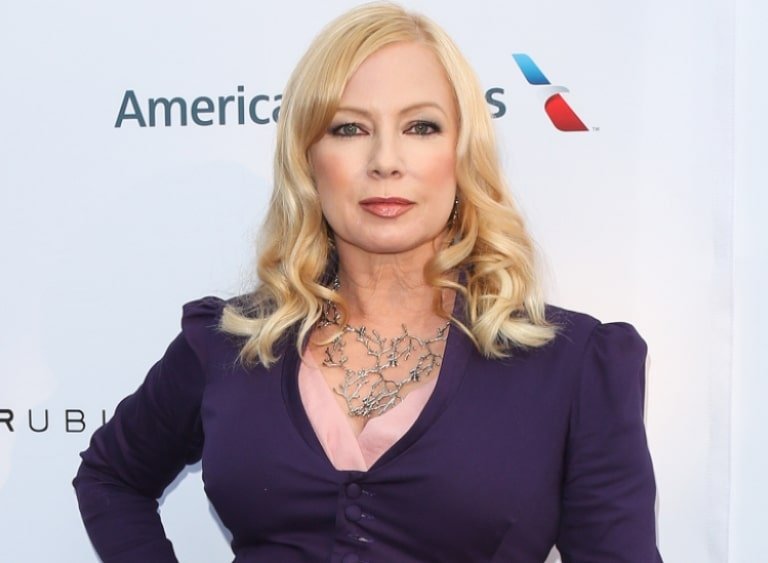 Traci Lords is an American actress, model, writer, singer, producer, director, and ex-porn star. In the 1980s she was one of the most sought-after pornographic actresses. She is known for her appearances in films like New Wave Hookers and Beverly Hills Copulators.

Who Is Traci Lords?

Traci Elizabeth Lords was born Nora Louise Kuzma, daughter of Louis and Patricia Kuzma, on May 7, 1968, in Steubenville, Ohio. Her mother was of Irish descent and her father’s parents were Jewish Ukrainian immigrants. Traci has three sisters. An older one, Lorraine, and two younger ones, Rachel and Grace. At the age of 7, her parents’ marriage broke up. She and her sisters lived with her mother in her great-grandmother’s house, and her father received partial custody.

When Kuzma was 12 years old, she and her family (which included her mother, her mother’s boyfriend at the time, Roger Hayes, and her sisters) moved to Redondo Beach, California. For several years she did not see her father again, and for this reason, she became bitter with her mother. Kuzma later found a father figure in Roger Hayes, although he was a drug addict who molested her in her sleep.

At thirteen she became pregnant with her boyfriend at that time. She was afraid of what her mother would do, so she asked Hayes for help. He took her to where she could have an abortion without saying a word to her mother.

Here’s Everything You Need To Know About Her Career

A few years later, she was looking for a job to make money, and that’s when Hayes introduced her to his friend. She worked as a babysitter. The woman offered Kuzma to increase Kuzma’s chances of getting a job by giving her a driver’s license and a new birth certificate, but only if she said she stole them if she was ever caught. The new ID said that Kuzma was twenty-two years old instead of fifteen and her name was now Kristie Elizabeth Nussman. Kuzma was now able to go to job interviews.

In February 1984 she responded to a newspaper ad for Jim Süd’s World Modeling Talent Agency. She went with Hayes, who pretended to be her stepfather. As soon as she got the job, she signed the contract and started working as a nude model for various magazines. Some are Velvet, Club, and Juggs.

At some point, she was chosen to model for the 15th anniversary of Penthouse magazine and she was asked to choose a stage name, she chose “Traci Lords”. She said she chose “Traci” because it was one of the names she loved as a child, and “Lords” because she had been obsessed with the actor Jack Lord ever since she saw the television series “Hawaii Five-o”.

Traci Lords shot her first illegal movies in October 1984 and appeared in What Gets Me Hot! alongside Tom Byron. This was her first step into the pornographic world, but it was by no means her last. After this film, Traci Lords appeared in many other sex films.

The gentlemen made more and more sex films until she was seventeen years old. At that time she tried to leave the industry but returned a few months later. About three weeks after she turned 18, the law found out that she was underage when all but one of these films was made. She was immediately placed in protective custody, and the owners of her film were arrested.

After investigation, they found that Lords had forged her name and age so that no one was charged, but all but one of the films that were made were banned in the United States.

After all this, the Lords decided to do therapy, and later they decided to take acting seriously. She enrolled in a school, started auditioning, and was eventually recognized as a Hollywood actress. She lost many roles because of her past, this will always plague her, but she is moving forward.

She even went to music for a while and wrote a book. Basically, Traci Lords turned her life around. She is also a strong supporter of the LGBTQ community.

Traci Lords was married three times. Her first marriage was to Brooke Yeaton in 1990. The couple was together for five years before the Lords filed for divorce in 1995. After only one year, Lords was married to Ryan Granger from 1999 to 2000. She would be remarried to Jeff Gruenewald in 2002, and five years later they welcomed their son Gunnar Lee, who would become their first and only child. Traci was 39 years old when she gave birth to the boy. Since then the couple has remained together.