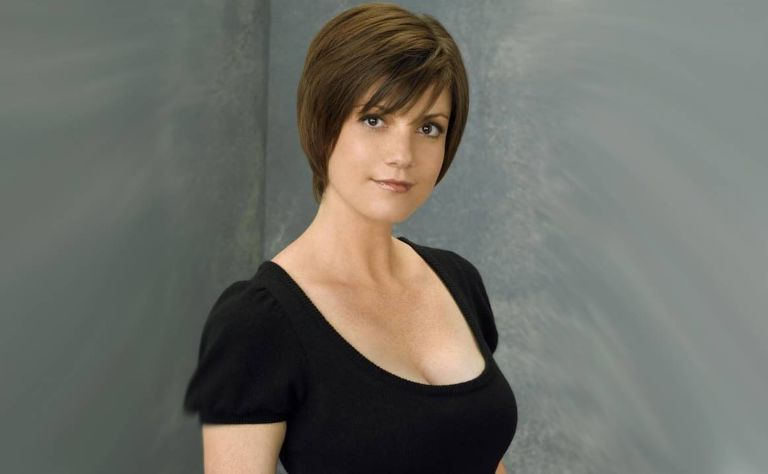 Zoe McLellan is an American actress best known for her roles on the small screen. She has played major roles on numerous TV shows, including JAG, where she portrayed Petty Officer Jennifer Coates, Dirty Sexy Money as Lisa George, NCIS: New Orleans, where she played the female lead of agent Meredith Brody, and the ABC political drama Designated Survivor, where she currently plays White House attorney Kendra Daynes. In the acclaimed TV series, she also plays Keifer Sutherland as President of the United States.

Beyond her life on the silver screen, Zoe has led quite an interesting life. Her divorce and the drama that followed cannot be ignored when talking about the actress’s life. We will give you all the facts you need to know.

The Early Life of Zoe McLellan

Zoe McLellan was born on 6 November 1974 in La Jolla, California. She grew up in Washington in a close family. During her childhood, she visited the San Juan Islands in the summer, where she kayaked and held large family dinners on the beach. McLellan has Irish roots and many of her family members now live in New Orleans.

McLellan knew at a very young age that she wanted to become an actress. After her fame, she remembered that as a child she told one of her aunts that she “wanted to be on television”. From the age of 7, she started taking acting lessons and soon began auditioning for roles. She completed her high school education at South Kitsap High School in Port Orchard, Washington, and was crowned Homecoming Queen in 1992.

ALSO READ: Who Is Philip Michael Thomas? What Is His Net Worth and Where Is He Now?

At the age of 21, in 1995, McLellan began her professional acting career. She started it with commercials and auditions for roles in TV and film in Seattle. She spent the first years of her career in Seattle to refine her craft and prepare for the big scene – Hollywood.

From then on, McLellan seemed to concentrate more on television. Soon followed a more important role in the ABC primetime series, Dirty Sexy Money, which unfortunately was short-lived. Mclellan revealed that the role was one she wished would have lasted a little longer. Zoe’s next major television role was that of Agent Meredith Brody in NCIS, who rose to the lead role in NCIS: New Orleans.

The series premiered in September 2014 and is still running, but McLellan left the show for another appearance. She had guest roles in successful shows like Suits, House, The Mentalist and Royal Pains. Beyond her TV career, she has also starred in films such as Conversations with God, One Fall, and short films such as Person, Place or Thing and Inside Out.

Apart from acting, Zoe McLellan is passionate about inspiring speech. She once had the opportunity to speak at the Messenger Summit. A big fan of pop star Katy Perry, McLellan also enjoys singing and songwriting. She once performed her own song at the King King Club in Hollywood.

Her Marriage with Jean-Pierre Guy Gillain, Divorce and Abduction Charges

McLellan seems to drive solo at that time but she was once married to the actor Jean-Pierre Guy Gillain. The duo enjoyed a happy union after their wedding in February 2012 and expanded their circle with the birth of their son Sebastian in 2013. Sadly, their relationship broke up the next year (2014) when they separated.

During these difficult times, McLellan was seen less on TV and completely withdrawn from social media. This worried many of their fans and they began to ask questions about their whereabouts. Later, she talked about her fundraising website and let her fans get involved in the difficult married life she was trying to get out of. While she fought for custody of her son, the boy, who had been suffering from emotional problems for years, revealed that his father had been sexually abusing him regularly for a very long time. McLellan revealed that her husband told her son that no one would believe him if he spoke out.

But after the success the little boy had had after months of professional trauma treatment, he gathered enough courage to finally report his father to the law enforcement authorities. At present, there are reports that this case is still pending, as no charges have been filed.

On the other hand, McLellan and Gillain later completed their divorce in 2016, when McLellan filed and won the custody suit against their son, a move that was not well received by Gillain. Afraid of losing her child, McLellan was sued by her ex-husband, who accused her of abducting her child to Canada when she moved to the country to shoot Designated Survivor. Fortunately for McLellan, the court ruled in her favor and determined that moving to Canada for work did not mean that she kidnapped her child. Gillian had thought it was her way of distancing the child from him. He now pays alimony of about $4,000 a month.

What has Zoe McLellan been doing lately?

Zoe McLellan is still operating today, although her career looked a little threatened after it was reported that ABC had terminated the Designated Survivor. Nevertheless, Netflix and Entertainment One, who both took over the distribution of the series, took over the show for another season four months later.

It would have been a big hit for McLellan if the show had stayed canceled, as she had to give up her role on NCIS and move to Toronto, Canada, where Designated Survivor was shot dead. The move also landed her in a court case, as mentioned earlier.

Since after her divorce from her husband and also winning custody of her son, Zoe devotes her free time to caring for her son and also helps him heal. She has also raised awareness on her Instagram page about the sexual abuse of children by adults and the need to protect and fight for these children.

In addition to raising awareness of cases of child sexual abuse, Zoe McLellan has promised to use the rest of the money raised for her child’s fundraising campaign to fight and care for other children who have been sexually abused. She suggested calling this campaign “Believe The Child Campaign.” According to Zoe, it will be a non-profit organization that provides legal and medical assistance to children who have been sexually abused. She explained that her need to do so depends on the fact that cases of child sexual abuse are considered a private crime and it is often difficult for law enforcement agencies to prosecute the accused. She stated that she would take it upon herself to present the evidence of each child sexual abuse case to the family court.

Regarding her relationship life, in a recent issue of People’s Mom Talk, Zoe McLellan revealed in a conversation with 3 other prominent mothers (Real Housewives of New York City – Kelly Killoren Bensimon, Jacqueline Piñol of Bordertown, and blogger and YouTube sensation Mindy McKnight) that she is not with anyone at this time. In her own words, she “needs to figure out” how to go out as a single mother. She also admitted that it is hard to meet men as a single mother.